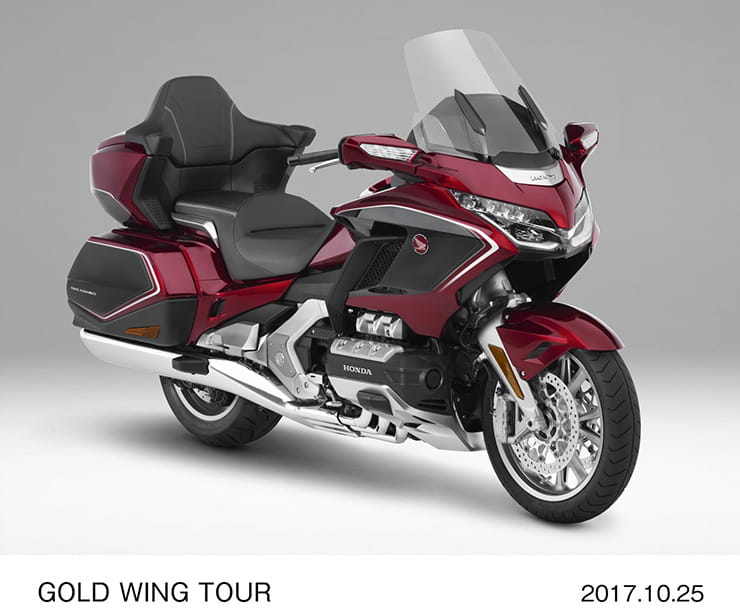 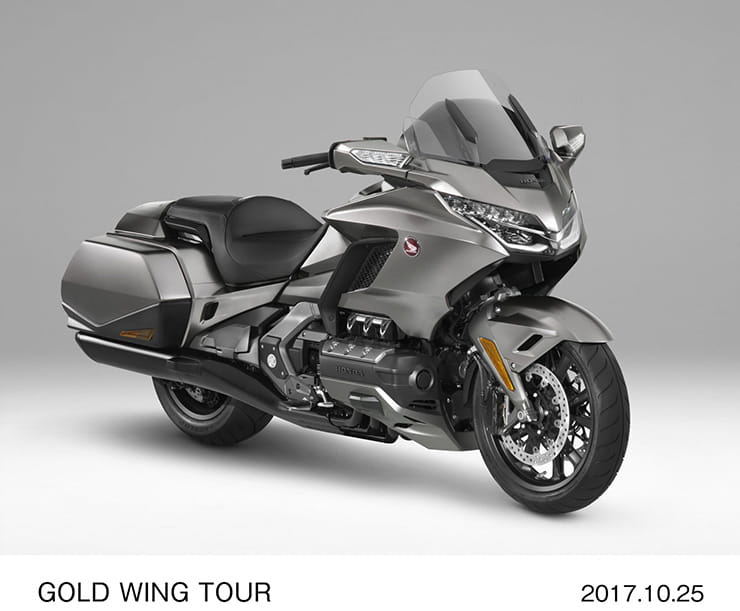 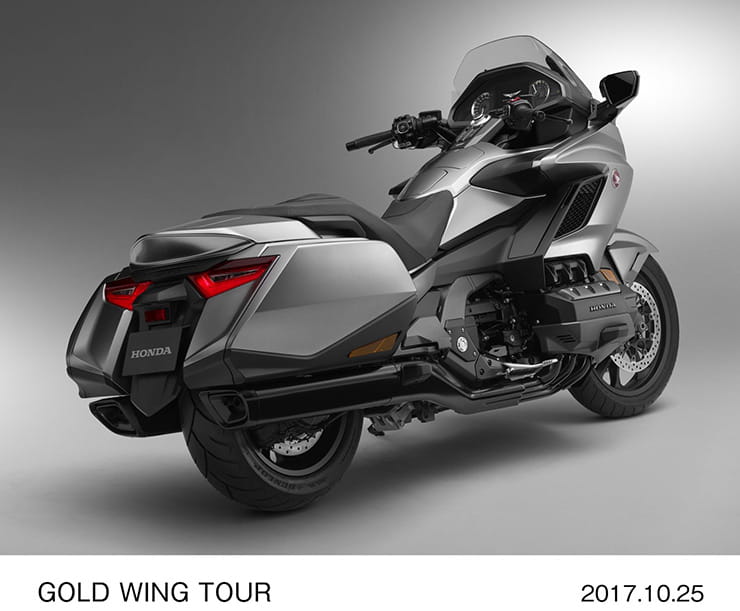 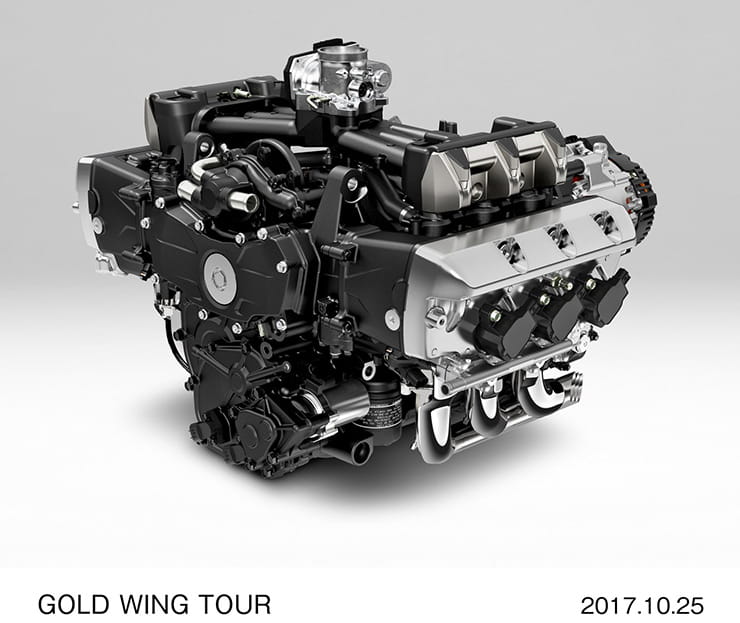 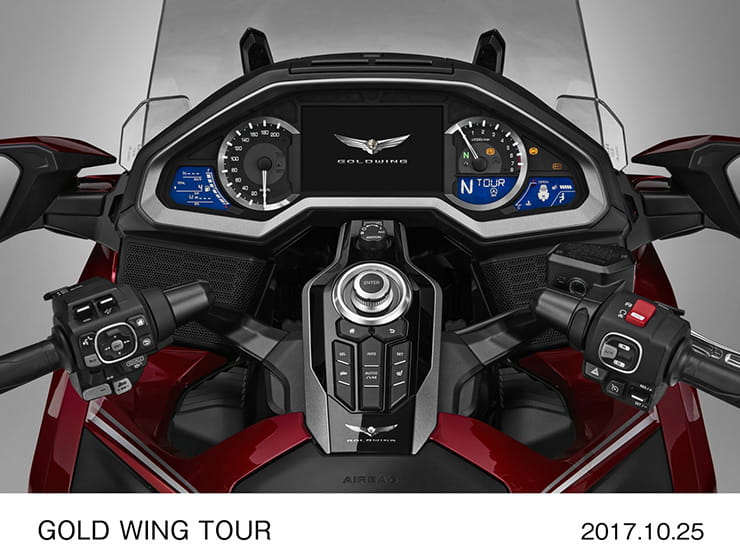 We’ve already seen leaked pictures of Honda’s 2018 Gold Wing and got access to exclusive technical information about the bike but now it’s been revealed officially at the Tokyo Motor Show in Japan.

While Honda has shown the new Wing in two forms, as revealed in the earlier leaks, it’s still being shy about releasing detailed specifications. However, the few facts and figures the firm has revealed perfectly match up with the information in our earlier scoop, suggesting the rest of our numbers are also accurate.

But before we get into that, let’s get the bike’s name clear. The full-fat touring version, including a top box and pillion seat backrest, is now called ‘Gold Wing Tour’. The ‘bagger’ derivative, replacing the existing F6B and featuring a lower screen and no top box, will now simply be called ‘Gold Wing’.

The specs released in Japan so far confirm that the flat-six engine’s capacity rises 1cc from the old Wing’s 1832cc to 1833cc. It gets a seven-speed transmission with Honda’s DCT semi-automatic shift as an option. In Japan, that DCT system comes only on the Gold Wing Tour, while the Gold Wing gets a manual shift. However, the earlier leaked pictures and our own information shows that in other markets including Europe both transmissions will be available on both versions of the bike.

The confirmed dimensions of the bike match the leaked info in our earlier story. The Gold Wing Tour is a fraction smaller than the old model, at 2575mm long, while the Gold Wing with no top box is shorter still at 2475mm. Width is 925mm, shrinking to 905mm for the DCT version thanks to the loss of a clutch lever.

Honda hasn’t officially confirmed the new bike’s power, but our previous information – which we know to be correct – is that it makes 93kW (125hp). That’s a fairly mild increase from the old model’s 87kW (117hp) and belies the significant technical changes to the engine.

As well as the addition of a single cubic centimetre to the capacity, up from 1832cc to 1833cc, the new motor is transformed with four-valve cylinder heads, for a total of 24 valves. The old bike made do with just two valves per cylinder.

As you’d expect, technology is one of the new bike’s strong suits. Honda still isn’t giving a lot away, but promises a mysterious ‘riding mode by scene’ and ‘walking mode’ – both only on the DCT version. It claims that ‘walking mode’ makes ‘navigating sharp turns easier’, whatever that could mean.

Less cloudy is the addition of Apply CarPlay to the infotainment system, for a seamless link to your iPhone. Presumably the Android-wielding riff-raff who aren’t immersed in Apple’s ecosystem aren’t expected to be Gold Wing customers. There’s also a ‘smart key’ - again Honda is coy about its cleverness, but it’s clear from the picture of the dash that there’s no keyhole for the ignition, so it’s clearly a proximity-sensing set-up.

One thing that barely gets a mention in Honda’s limited official information at the moment is the showstopping front suspension employed on the Gold Wing and Gold Wing Tour. Honda refers to it as a ‘unique double-wishbone’ arrangement, and we know it’s similar to BMW’s DuoLever arrangement, albeit with detail differences. In terms of advantages, Honda simply says it offers ‘a supremely smooth ride and light handling.’

We’re expecting reams of technical information and details about the bike in the near future, with it likely to make an official European appearance at the EICMA show in early November.