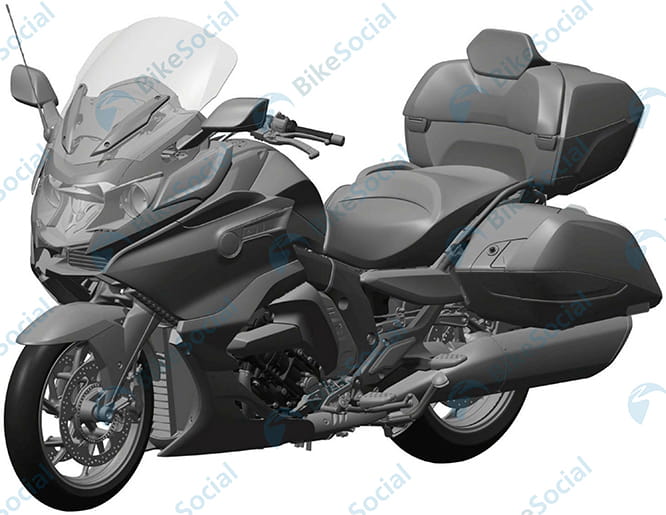 Exactly one year ago BMW revealed the Roland Sands-designed Concept 101 bagger at the annual Villa d’Este event and now it’s clear that the bike will be in production in the near future.

These images are design patents that show exactly how the final version will look when it reaches showrooms.

The shape reveals while the Concept 101 was attributed to Roland Sands, his contribution was more to do with the elements that made it a ‘concept’ and distinguish it from this production version. The vast majority of the styling is in-house BMW work.

Where the concept carried the currently-fashionable massive front wheel that’s popular among customised American baggers, the production bike’s rim is a normal 17-inch design. It’s fitted to the same Duolever fork that’s used on the K1600GT, which also donates its aluminium frame and, of course, the stunning 160bhp, 1600cc straight-six engine. In comparison, the Concept version had a different Duolever design.

The production version also veers away from being  a traditional bagger. That term usually applies to tourers with hard side bags but no top box, and they usually have a cut-down windscreen. While the Concept 101 had all those things, the final version is more of a conventional tourer, with a top case and a tall, electrically-adjustable screen.

Unlike the K1600GT and GTL models, the rear cases can’t be removed – they incorporate the tail lights – and the back end droops in a cruiser-influenced design. The overall effect is to create a bike that’s longer and lower-looking than the more Euro-oriented K1600GT/GTL machines. 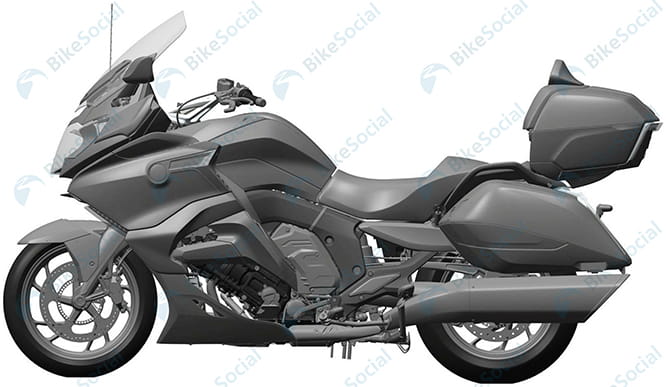 The swoopy exhaust pipes end in gradually-expanding end cans running horizontal with the ground, allowing the panniers and pillion seat to be lower than on the normal K1600 model.

Only the nose panel and headlight are shared with the existing K1600 machines, allowing the option of the existing bike’s advanced light that ‘steers’ around corners without having to develop a new unit.

The bike, which has also been spotted testing in Germany, is expected to be ready for production in time to join BMW’s 2017 model range.