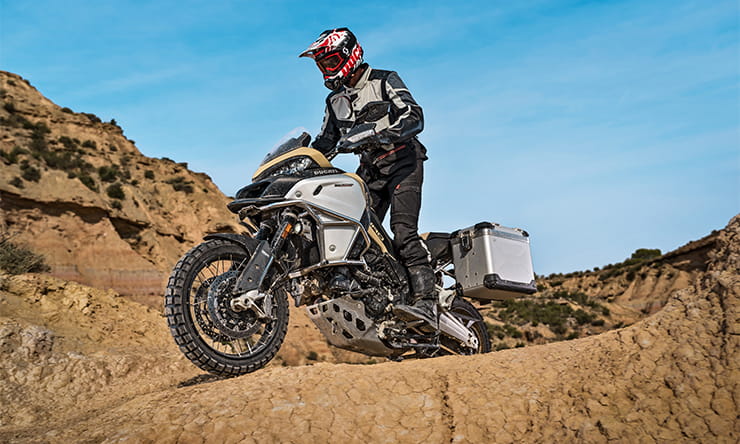 As if the Multistrada 1200 Enduro wasn’t tough enough, Ducati have introduced a ‘Pro’ version designed for even more off-roading prowess. As a result, those stylish Italians are now set to go head-to-head with the sales-conquering BMW R1200GS as well as hardcore off-road newcomers such as KTM’s 1290 Super Adventure R, for example.

The new Multistrada 1200 Enduro Pro is the third rung up on the Multistrada ladder of attitude and it uses the 1200 Enduro, launched at the beginning of 2016, as its template. The standard Enduro was already a step up with its taller suspension, new styling and big attitude change but the Pro takes it to another level. Yet, rather than just getting a lick of paint, its double-hard makeover gives it much more of an adventure focus while still using the existing Enduro’s frame and brilliant 160bhp, 1200cc, Testastretta DVT (Desmodromic Variable Timing) engine.

Ducati have long claimed the Multistrada as four-bikes-in-one given its flexibility to cover the ground from A to B extremely quickly and in comfort but only when the Enduro was released then they really did have a bike that could tear it up off-road too. And now, they’ve maxed it with the Enduro Pro which gets the following as upgrades:

The standard Multistrada Enduro’s price starts at £17,295 while the new Multistrada 1200 Enduro Pro comes with a £18,995 price tag and is available from July.

As-standard features on the Multistrada 1200 Enduro Pro also include electronic speed control and the Bluetooth module; the latter, via the Ducati Multimedia System (DMS), lets riders connect the bike to a smartphone, manage key multimedia functions (incoming calls, text messaging, music) via the switchgears and display information on the TFT dashboard. 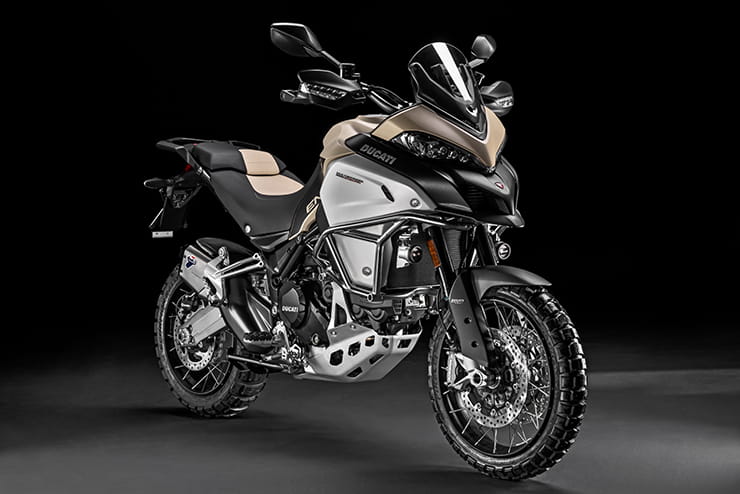