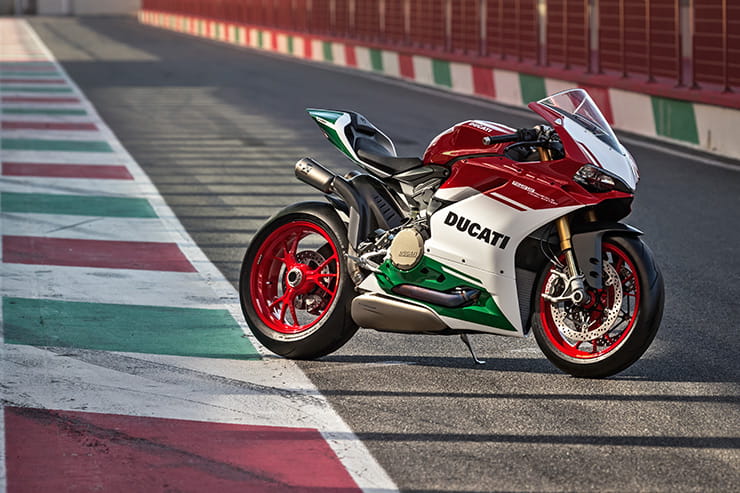 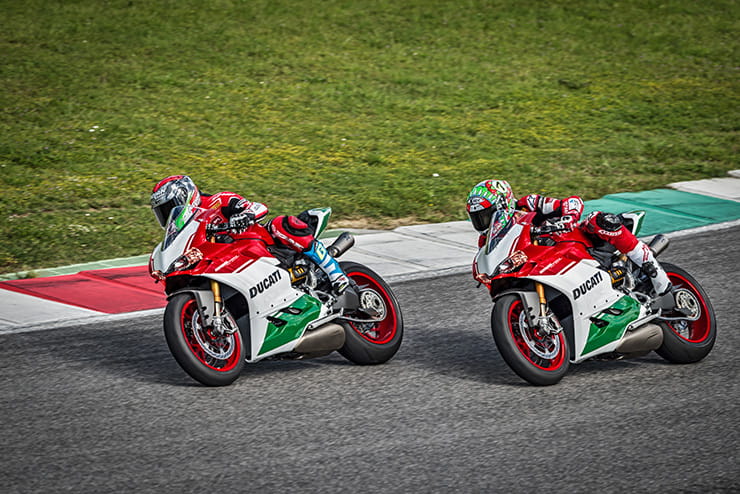 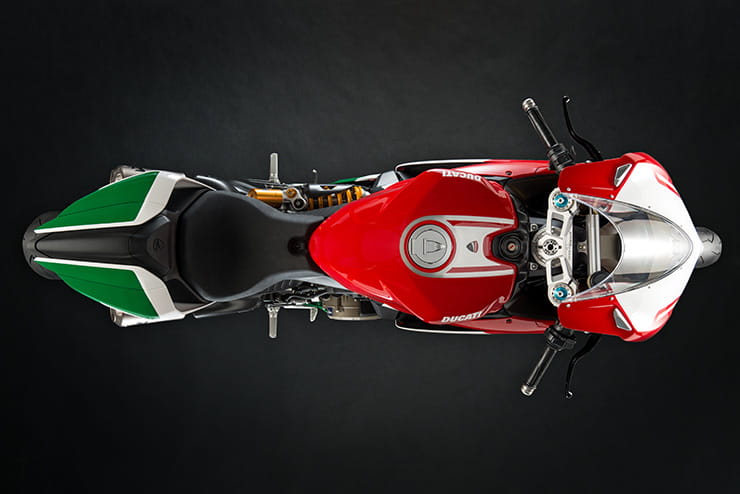 In a cheery farewell to the V-twin engine before Ducati sportsbikes go all V4 on us, the Bologna-manufacturer have taken the covers off a new model and added a whole load of spice to the already awesome Panigale.

We told you about the Ducati 1299 Panigale R Final Edition last month and showed off the first spy shots of the firms new V4 sportsbike in the same week but here, in its glamorous flesh is the bike that says arrivederci, a “tribute to the legendary twin-cylinder engine, the most victorious in Superbike World Championship history”, say the Italians.

The £34,995, individually numbered (on the top triple clamp) 1299 Panigale R FE features a Panigale R chassis, a bulk load of race components and a Superquadro 1299 engine, an offshoot of the 1299 Superleggera, making it more than just a final edition bike with a dedicated colour scheme or a limited edition.

It’s also Euro-4 compliant and reaches 209bhp at 11,000rpm and a whopping peak torque figure of 104.9 ft-lbs at 9,000rpm. The motor features a lighter crankshaft with a larger crank pin and tungsten balancing pads, while the con-rods, like the intake-exhaust valves, are made of titanium. As on Superbike engines, the two 116 mm diameter pistons have just two segments and slide on steel cylinder liners.

Developed by Ducati Corse, the ultra-compact monocoque structure incorporates the airbox and plays a pivotal role in containing the dry weight of the 1299 Panigale R Final Edition to just 179 kg. The chassis set-up on this latest Ducati supersport is the same as that on the Panigale R, characterised by Öhlins mechanical suspension and a 24° rake. 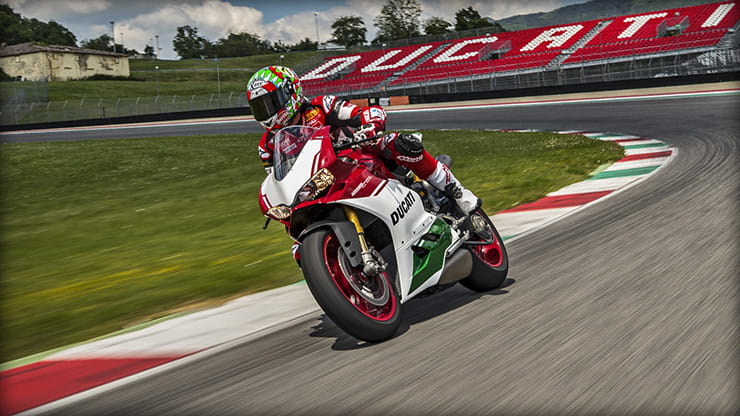 Equally sophisticated and light is the complete all-titanium Akrapovič exhaust with high dual silencer (Euro 4 compliant), identical to the Panigale R that competes in the World Superbike championship. 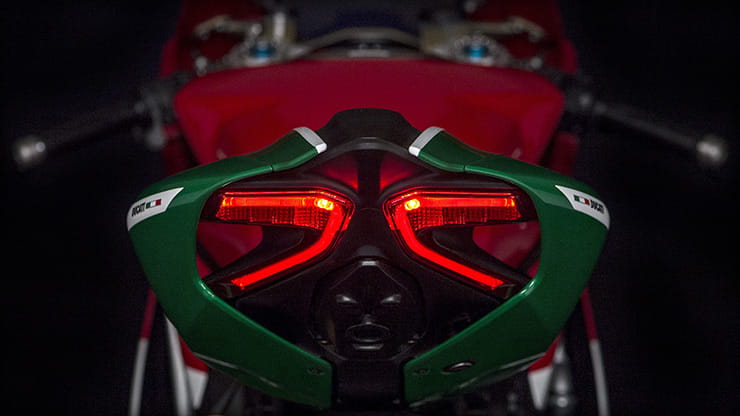 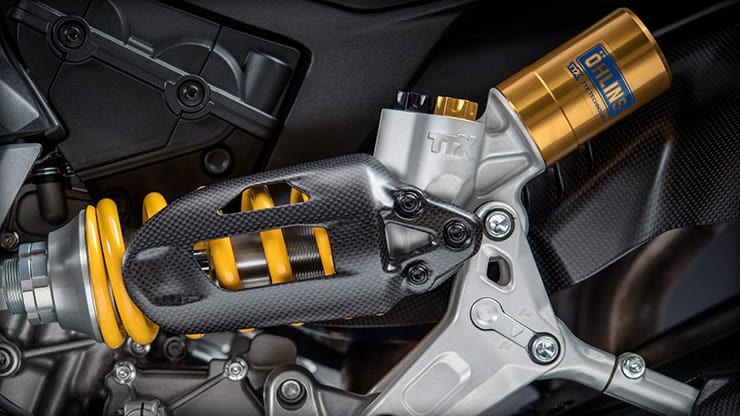 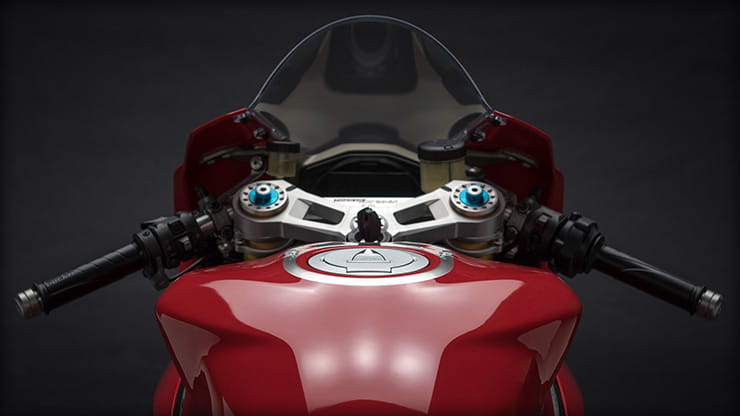 Ducati CEO, Claudio Domenicali confirmed during the bike’s presentation that the “new era in which our desmodromic system will be used on a new generation of V4 engines derived from extensive experience in MotoGP.”

If this is what Ducati can do with an outgoing model, then we’re already getting a little giddy at the thought of a V4 super sports bike for the road from Borgo Panigale in 2018. 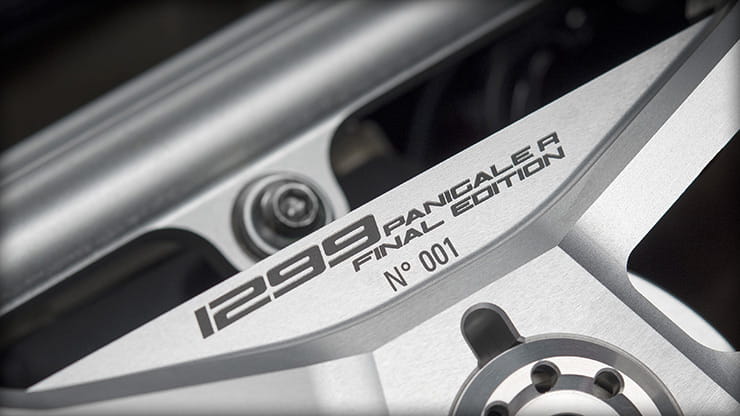 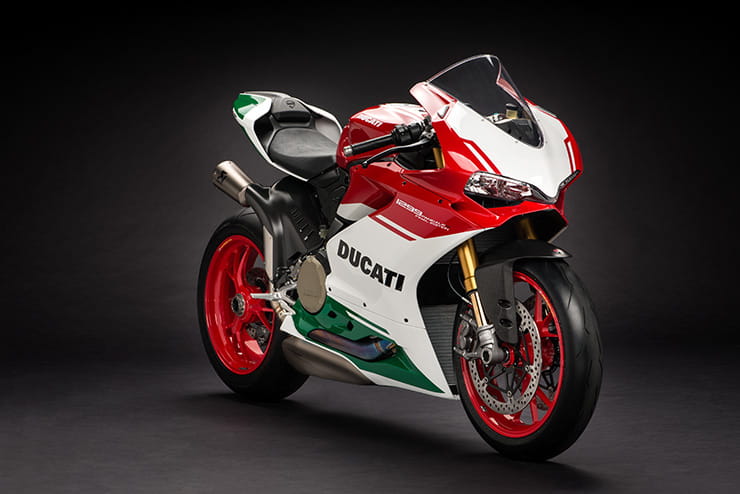 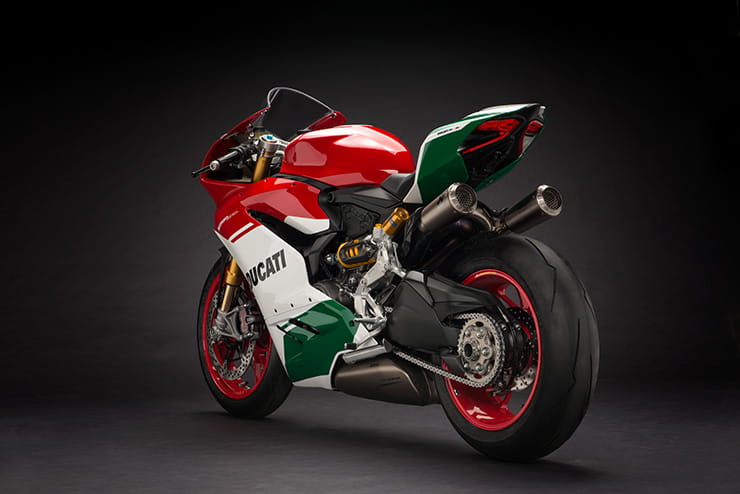