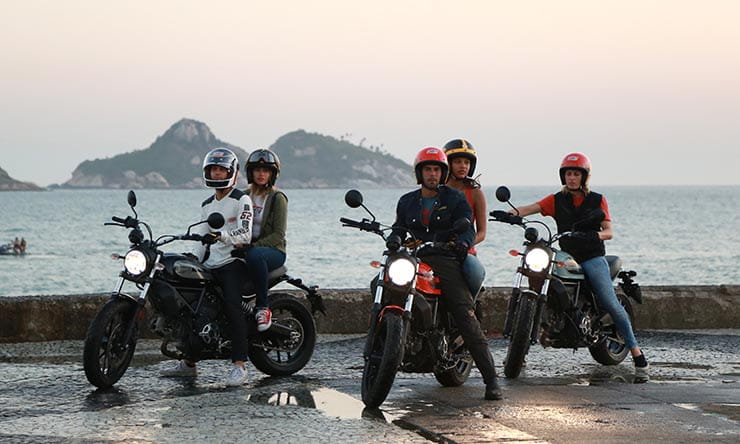 Iconic motorcycle brand Ducati has ended 2016 in style by delivering 55,451 motorcycles to owners across the world.

Helped in no small part by the success of the Scrambler sub-brand, which garnered a cult following almost instantly, the result sees Ducati’s stock rise again for the seventh year in succession. It’s not all down to the smallest bike in Ducati’s range though, with sales from the Multistrada range up 16% and the new for 2016 XDiavel receiving a warm welcome with 5,200 units sold.

Ducati’s record sales year comes at a time when the company is on a massive high. In 2016 it celebrated its 90th anniversary and saw record breaking crowds at the Misano circuit for World Ducati Week. It also saw its MotoGP team have one of its strongest seasons since Casey Stoner’s championship win in 2010.

Ending the year of our 90th anniversary with yet another record is a source of immense pride and satisfaction”, commented Claudio Domenicali, CEO of Ducati Motor Holding. “2016 was the seventh consecutive growth year for Ducati, clearly confirming the soundness of the Bologna-based group's strategy and skills.”

Ducati also saw a year where it’s global reach was pushed further than ever. In China the company more than doubled its sales +120%, Brazil saw an increase of 36% and Argentinian Ducati sales increased a staggering 219%!

Ducati global Sales and Marketing Director, Andrea Buzzoni added: “In addition to a new sales record, 2016 saw consolidation of the considerable increase in volumes achieved in 2015, thanks also to the introduction of the Scrambler brand. This growth demonstrates the strength of both range and brand and, above all, the solid performance of the global sales network” he went on to say Results on the Italian market have been significant. Thanks to 20% growth in 2016 - and an excellent 84% over the two-year period 2015/2016 - Italy is again the second most important market, after the USA and ahead of Germany.”

Now with the extension to the Scrambler family in the Desert Sled, the mini Multistrada 950, and the revived SuperSport models all hitting the showrooms this year, the next 12 months could be just as strong for Ducati.