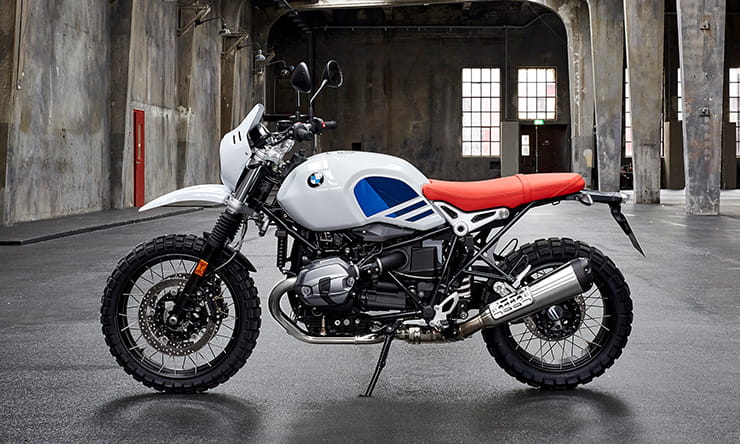 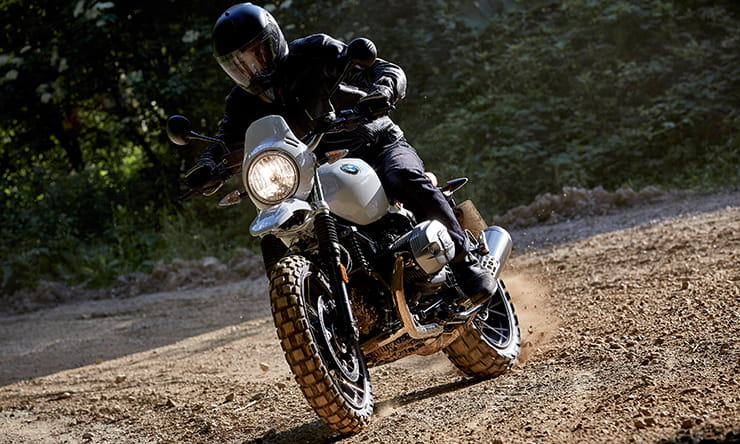 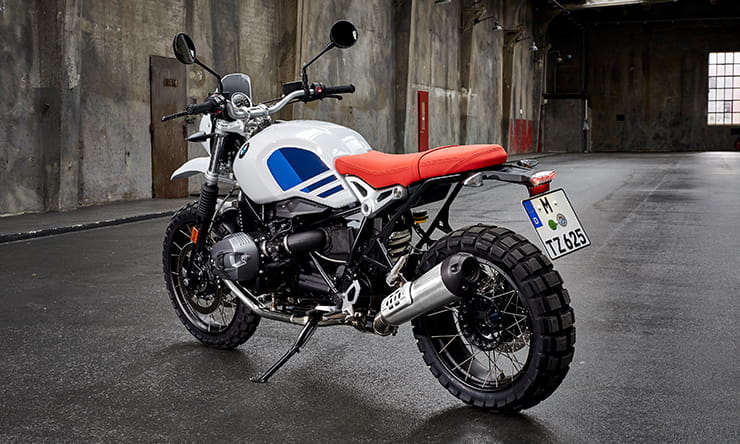 Remember the Lac Rose BMW concept that looked like a BMW R nineT crossed with an eighties R80GS? Well, BMW are finally building it and it’s called the R nineT Urban GS.

It looks pretty close to the concept too, so fair play to BMW for putting it into production as close as possible to the design concept.

Using a design inspiration definitely fuelled by the old air-cooled R80 and R100GS (bikes that are both now fetching a ton of money on the second hand market), the new Urban GS features an R nineT based frame, but it has been beefed up with retro off-road styling. It features the 1170cc, air-cooled 110bhp Boxer twin motor used in all the R nineT range so far.

It features a big padded, three-piece seat and that big Eighties style tank in homage to GS models of the past. There’s a set of conventional front forks with Eighties style gaiters and a Paralever rear suspension system with a central spring at the rear, as per the R nineT. Cast alloy wheels fitted with a 19-inch front wheel and a 17-inch rear wheel complete the style of the trail bike throwback to when life was simpler and, arguably, bikes were cooler.

It can be ordered with off-road spec tyres too, to complete the look. As you might imagine on a top-spec BMW, automatic stability control is available as an option, and ABS is standard using a single four-piston caliper with a 320mm disc at the front and a single rear disc.

Like the R nineT, the Urban GS features loads of high-level enhancements including a headlamp mask that copies the original style. Aluminium forged fork bridges, aluminium handlebar clamps and asset of retro-style clocks.

BMW have also released an updated version of the standard R nineT (below) which is now Euro4 compatible and gets fully-adjustable new upside down front forks and wire spoke wheels, while the company also announced the R nineT Racer and R nineT Pure at last month's Intermot show in Cologne. 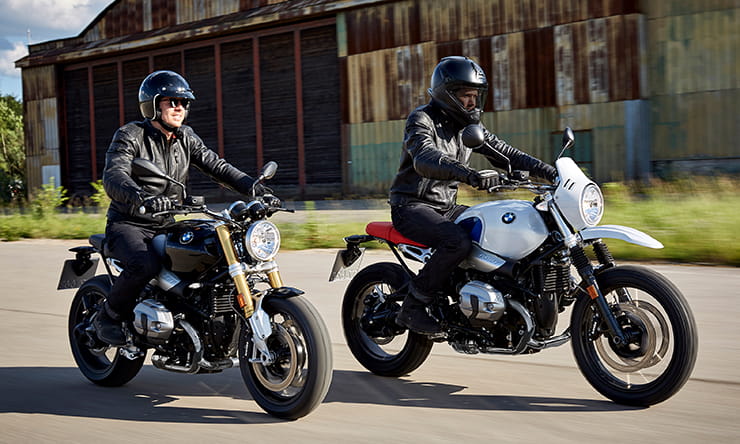