When a BMW G/S mates with an R nineT 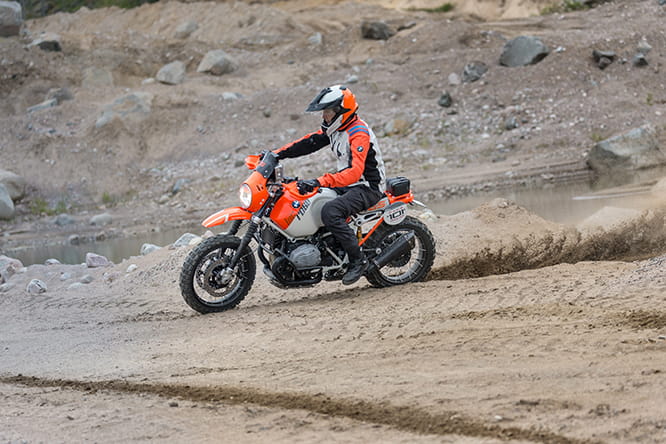 Good news and bad news Bike Socialites. The good news is BMW have introduced the world to this brilliant new model called the Concept Lac Rose which is essentially an R nineT with a whole host of G/S Rallye styling. If ever a bike has made us go all tingly inside then it’s this.

The bad news; it’s only a concept. Insert sad emoji face here. Maybe even the one with tears.

Over in Biarritz on the South-West French coast, the fifth annual Wheels & Waves Festival takes place this weekend with a collection of custom bikes, arts, music and plenty of beards and skinny jeans. It’s this laid back, beach-style event that has been chosen by BMW Motorrad to launch the Lac Rose alongside “further custom bikes and R nineT conversions” in their capacity as show sponsors.

Taking its inspiration from the legendary Paris-Dakar rallye bikes, the Lac Rose is heavily based on the popular R nineT street bike and its flat, twin-cylinder engine and shaft drive in a tubular frame.

It’s daring colours are reminiscent of the bike that won the Paris-Dakar rallye in 1985. The high mudguard, flyscreen, headlamp design along with the short rallye style seat and large fuel tank all nod in the direction of the 31-year old desert crosser.

Longer suspension travel, spoke wheels, big knobbly tyres are all upgrades from the base model as are the headlamp grill and oil cooler protector giving the bike its distinctive off-road look. 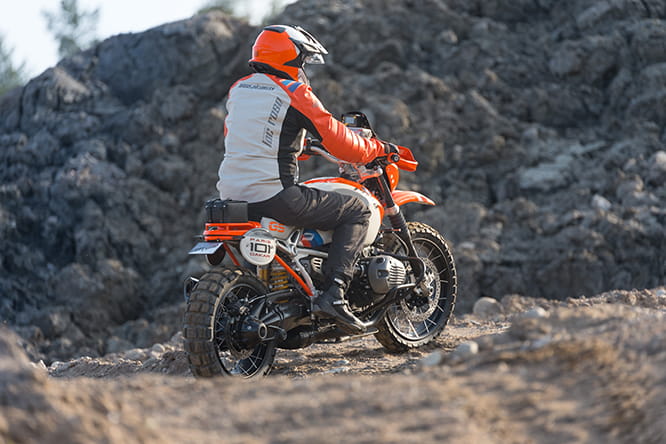 Edgard Heinrich, Head of Design at BMW, said: “The BMW Motorrad Concept Lac Rose is our laid-back and very individual interpretation of the bike that won the Paris-Dakar Rallye in 1985 - fully in line with spirit of Wheels & Waves and its visitors. It puts the BMW R nineT into an exciting new context and shows what passion for brand heritage, imagination and a few modifications can achieve.”

What’s in the name?

Lac Rose is the French name of the rose-coloured Retba salt lake, located 35 km North East of Dakar and less than one kilometre from the Atlantic coast. The legendary Paris-Dakar rallye ended here following the many strenuous stages through the desert. The podium is located right at the lakeside and the winners receive their awards amid the crowd of enthusiastic fans. The BMW factory machines, modified by the company HPN, rode to victory three times in a row in the middle of the 80s. Gaston Rahier took the third win in 1985 with start number 101 – hence the 101 on this concept model. 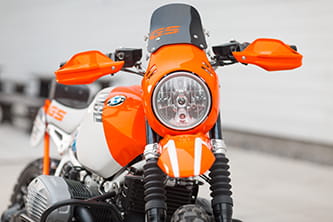 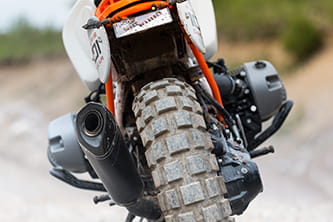