Leaked information following a BMW conference in Berlin last week has confirmed that the two new models announced last year, the G310R and R nineT Scrambler, will be available in UK dealerships from 1st October.

Not only do we have the prices but we also know that not one but two versions of the R nineT Scrambler will be available.

The smaller of the two bikes is BMWs first foray into the sub-500cc market will be priced from £4290 which is less than its three closest competitors. The entry level single-cylinder is set to go head-to-head with the likes of KTM 390 Duke, Kawasaki Z300 and Yamaha MT-03. 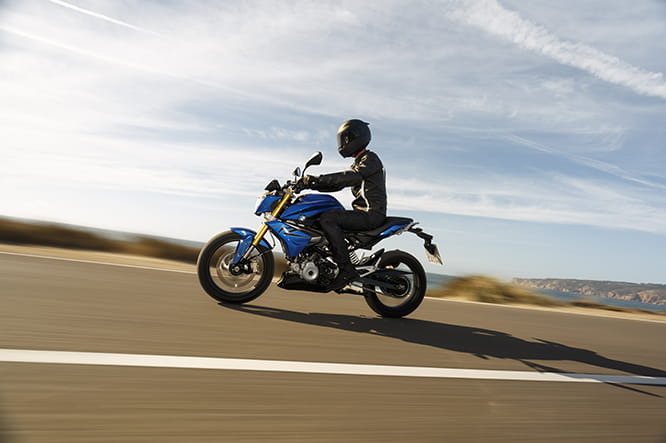 Having been unveiled ahead of the annual Milan Motorcycle Show last November, the production versions arrival will almost mark a full year since its debut.

The new compact bike is powered by a completely new 313cc, single-cylinder, liquid-cooled engine with DOHC and a backwards tilted cylinder. That should produce 34bhp @ 9500rpm with a maximum torque of 20.6 ft-lbs @ 7500rpm, contributing to a lightweight 158.5kg (dry) overall weight.

Its short wheelbase and rigid tubular frame with upside-down forks and 17” wheels is certain to suit riders who prefer nimble, agile and direct steering. The low seat height of 785mm will entice the shorter rider in what appears to be a significantly appealing, A2-licence friendly, motorcycle for the new or less experience.

Meanwhile, the Scrambler derivative of the R nineT is also due to land in UK BMW dealerships on the same date and Bike Social has learned of the two versions.

The standard bike will be priced at £10,550, and is expected to be equipped with cast wheels and a steel tank while the Scrambler X model at £11,090 is thought to have spoked wheels and a brushed aluminium tank.

The beautiful Akrapovic silencers shown in the press shots are not standard but alongside the like of Traction Control, will be official options.

Those prices could be fine tuned as BMW often have a price revision each September though official information about the three models is expected at the beginning of July. 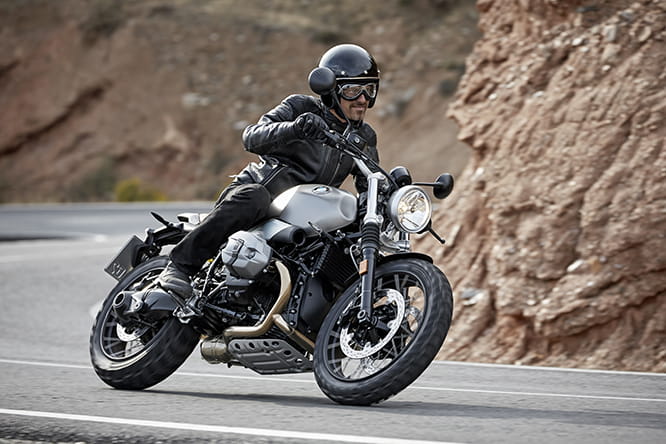 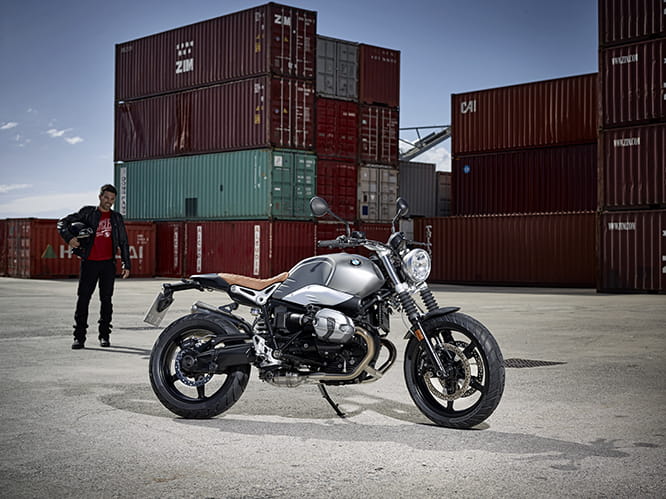 The suspension is jacked up by 5mm at the front to 125mm and 20mm at the back to 140mm of spring travel. It uses right way up forks at the front and a Paralever rear-end.

The wheelbase of the Scrambler is also slightly longer at 1527mm compared to the R nineT’s wheelbase of 1476mm. Brakes are straight off the R nineT with Brembo front calipers on a set of twin 320mm front discs.

We'll be bringing you the full road tests of each new model as soon as we can.