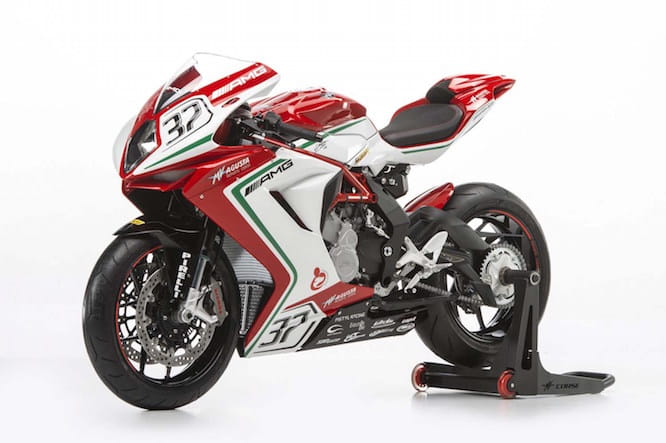 MV Agusta have just announced they will produce a limited number of World Supersport replicas to celebrate the title challenge of the triple-cylinder F3 675 RC in the hands of Jules Cluzel.

With RC standing for ‘Reparto Corse’, which is MV’s racing department, the F3 RC will be available in both 675cc and 800cc capacities.

MV will produce a limited run of each model but unlike the insane F4 RC road bike, which boasts a number of race-focused and weight-saving components, the biggest differences between the F3 RC and the standard bike will be aesthetic.

Both will come in the stunning World Supersport livery, with changes in addition to the paint job including a solo seat cover, Ergal clutch and brake leavers and a complimentary rear-wheel racing stand. 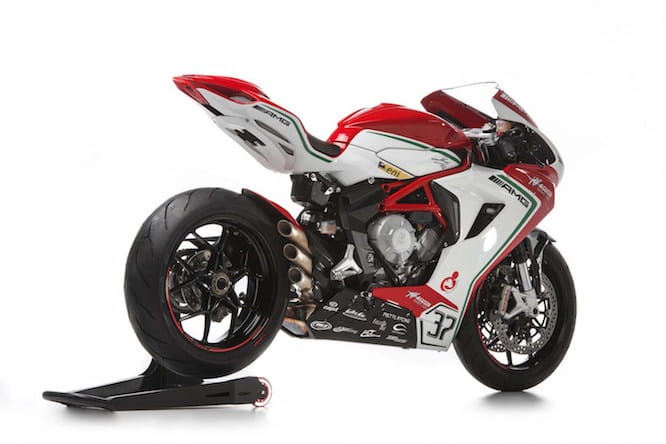 The autographs of MV Agusta’s World Supersport riders, Julez Cluzel and Lorenzo Zanetti will also feature on the machine.

Cluzel had been in the running for the 2015 World Supersport title, sitting just 13 points behind championship leader Kenan Sofuoglu until suffering a severe broken leg following a crash at Jerez this weekend.

It’s expected MV will release a number of other models at November’s EICMA show in Milan.