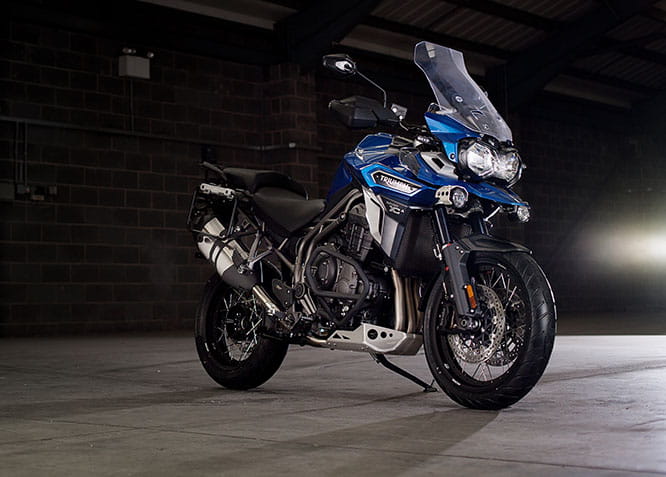 Triumph has now split the new 1215cc-powered three-cylinder Explorer into two groups – the XR series as the more road-biased adventure bike, and the XC series which is designed to be more off-road biased.

It’s a similar set-up to the Tiger 800s which Triumph also split in to XR and XC ranges last year. So there are now six XRs. The Explorer XC, Explorer XCx, Explorer XCa, Explorer XR, Explorer XRx and Explorer XRt. Unfortunately there’s no more information in terms of exactly which bikes get which kit at the moment. But we can see from the pictures that the XC models get wire wheels and the XR models get cast wheels. 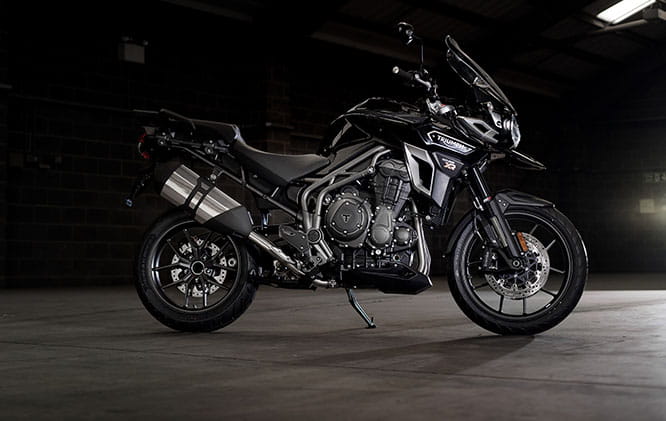 The Explorer XCa and XRt models do get the lean angle ABS and traction control systems which use an Inertial Measurement Unit to deliver the right about of power or braking for different angles of lean. It was a hot ticket on many bikes launched last year like the Ducati Multistrada 1200, the Yamaha R1 and the BMW S1000RR.

The standard XC and XR get switchable ABS and traction-control without any of the lean angle gubbins. All bikes now get super-hard looking black Brembo brake calipers too.

Triumph say the 140bhp three-cylinder motor gets more power and toque for 2016 but aren’t yet saying how much. There’s also a new exhaust system  and a lighter clutch.

And further up the range is the WP semi-active suspension which Triumph are calling Triumph Semi-Active Suspension or TSAS for short. It’s specially developed for the Explorer and a first for Triumph. I’m just impressed there’s now a bike with SAS written on it. 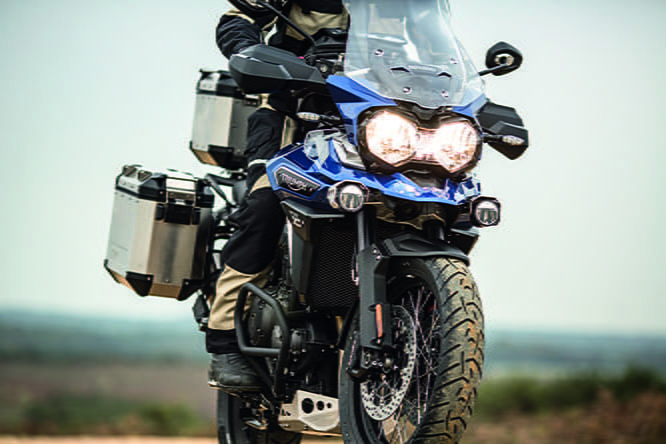 Expect to see it on other Triumph models in the future.

It’s quite a year for Triumph who are also revealing at the Milan Show today a new Speed Triple S and Speed Triple R plus the five new Bonneville-based bikes launched a couple of weeks ago.