Triumph has been filling many a headline over the past 10 months with news of what brand new models and engine-platforms might be on offer in its dealerships in 2016.

Undergrowth-based photographers both here in the UK and in Barcelona, where the firm have a test facility, have offered a number of spy shots of several versions of the all-new Bonneville range. The question remained; how many were there going to be? 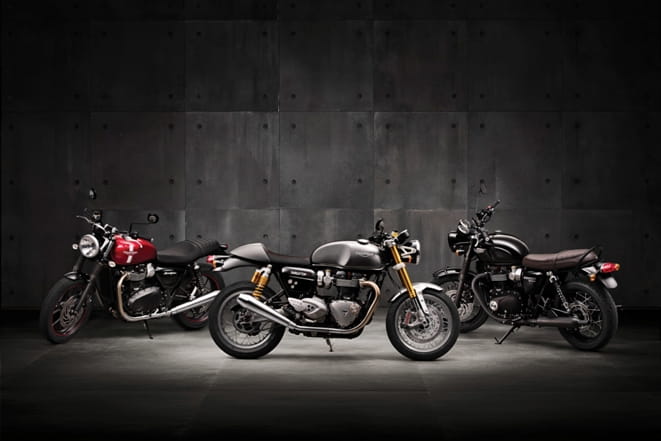 Today, Triumph, Europe’s second largest motorcycle brand, has finally allowed us to talk about the FIVE new Bonnevilles coming to the UK in 2016, 57 years after the original rolled off the production line. They feature three new engine platforms, each being liquid-cooled although no prices, dimensions, weights or brake horse power figures have been revealed.

The five new models are:

“More beautiful, more powerful and more capable,” says the British manufacturer. As Bike Social was at the launch of the new models, we can certainly vouch for the first of those claims. The five standard bikes wheeled out were followed by examples of how they can be customised using the range of new accessories also on offer to coincide with the revised, revamped and reinvigorated Bonneville range.

Full technical specs and prices won’t be available until December for the Street Twin and January for the other four.

In the meantime, let’s have a look at what we do know about these new models: 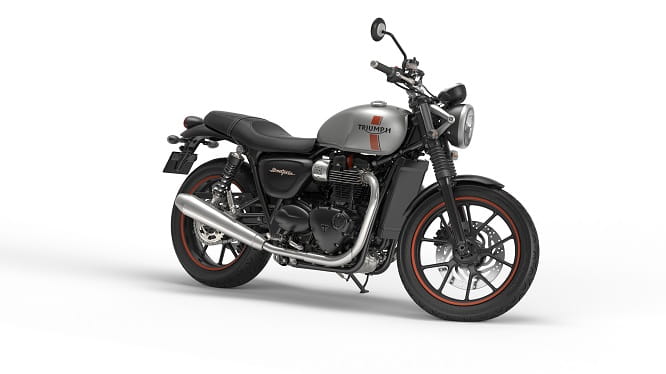 Prices and a full spec will be available from early December when we’ll also be able to offer the first road test of the bike although the model won’t be available in dealerships until January 2016.

The new Street Twin offers Ride-by-Wire throttle, a six-speed gearbox, an all-new chassis and longer travel suspension while ABS, switchable traction control, a slip assist clutch all add to the rideability. The riding position in terms of its set-up has been created for “dynamic handling” – seating position and pegs encourage a comfortable ride in more control for the younger, shorter or more inexperienced.

Black cast wheels and an all-new upswept brushed stainless steel exhaust system offer the familiar tone of a twin while modern design additions and technology in the form of an LED rear light, USB charger and a new instrument display add to the finer detailing and perhaps more contemporary feel of the new Bonneville Street Twin over the other new models.

The Street Twin’s competition will come in the form of Ducati’s Scrambler, Yamaha’s XSR700 and Harley-Davidson’s Iron 883 and it is likely to be priced accordingly, around the £6,500 - £7,000 mark.

At the official unveiling event of the five new models, it was clear that each Bonneville has been designed with customisation in mind. 150 dealer-fit accessories have been created especially for the Street Twin as well as three complete ‘inspiration kits’ to help the rider’s creativity; Scrambler, Brat Tracker and Urban. 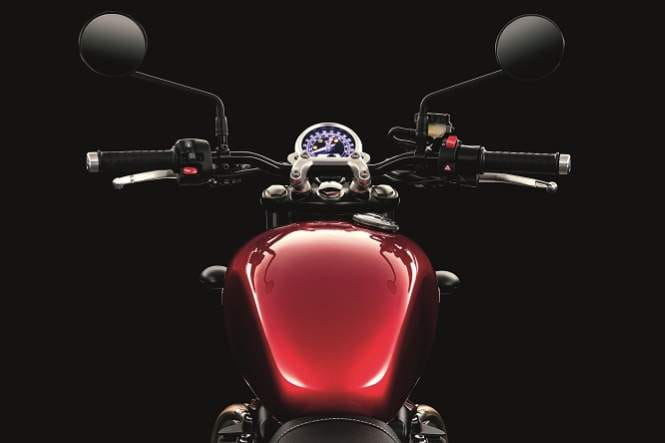 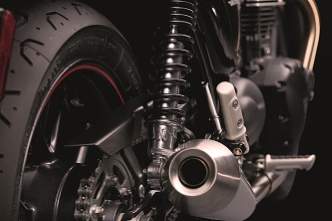 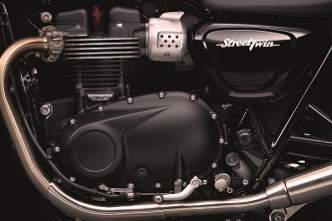 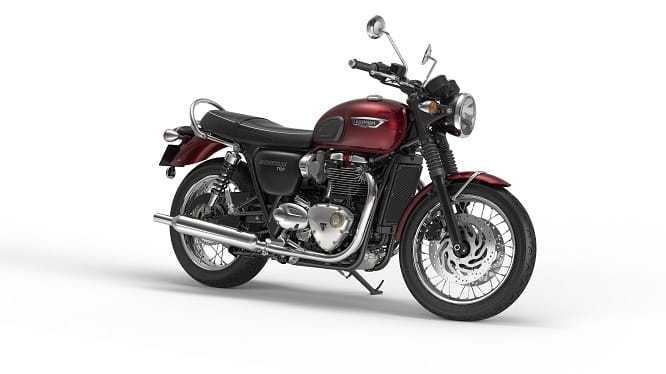 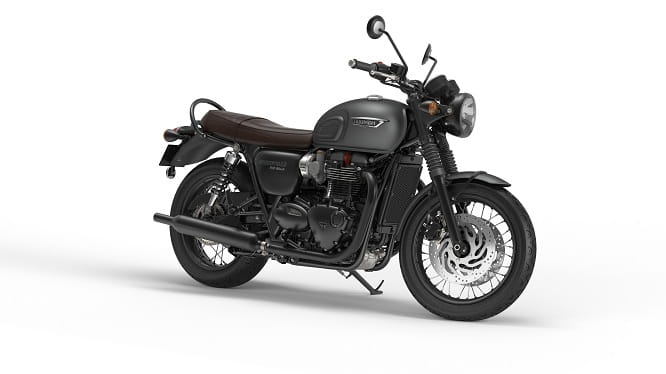 The icon has evolved. While it remains unequivocally authentic through its DNA, the modern classic is now equipped with an all-new liquid-cooled, 1200cc, 8 valve, parallel twin ‘high torque’ engine designed to deliver more power, lower-down.

At first glance you can be mistaken for thinking there’s nothing too modern about the T120 range with its heritage styling but they are completely new motorcycles with not one component from the current model making it into the 2016 range.

Miles Perkins, Triumph’s Head of Brand Management describes it as, “A most distinctive statement of Triumph’s past and present”.

Part of the universal brief across all five models and their three engines was to provide much higher torque, delivered lower down. With Triumph’s next generation ride-by-wire fuel-injection and engine management system, the six-speed 1200 Bonneville engine is engineered with a 270° firing interval for a smooth, linear power delivery. A peak torque figure of 105Nm (77.5 ft-lbs) at 3100 rpm is a whopping 54% more than the previous generation. In fact the claim is of 36% more fuel economy than the outgoing model. Yep, 36%!

Other rider focussed technology includes ABS, Traction control, Slip Assist Clutch, lighter clutch and brake controls. Both 1200cc models come equipped with rider modes: T120’s have Road and Rain while the Thruxton’s also have a Sport setting all of which can be changed while riding via a dedicated button on the right-side handlebar. There’s even a USB socket underneath the new key-operated seat unit as well as three-stage heated grips fitted as standard.

As with the Street Twin, Triumph have created a full range of accessories for the two T120 models, over 160 in total including a pair of chrome slip-on silencers for the peashooter-style exhausts from their new partner, Vance & Hines. And just like the Street Twin, Triumph encourage owners to get creative although offer an inspiration lit for this model too, called ‘Prestige’.

Prices and specs available from January 2016 with the first ride review here at Bike Social by the end of February yet not available in dealerships until Spring. 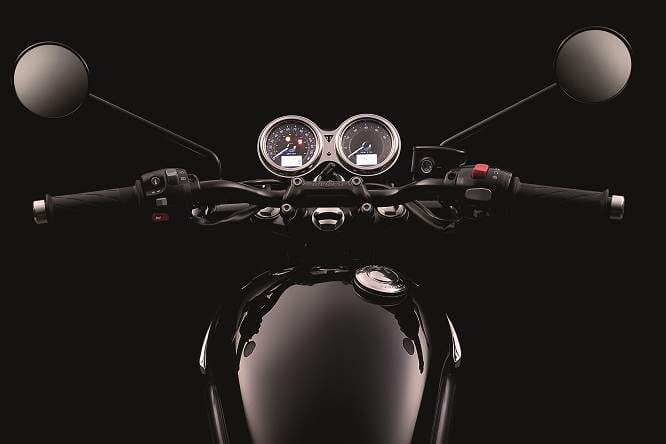 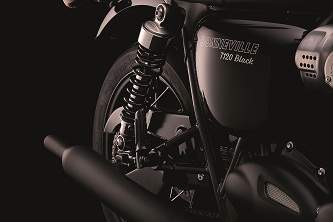 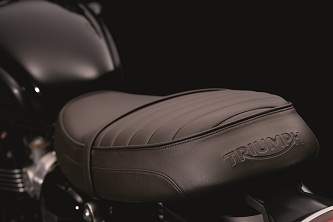 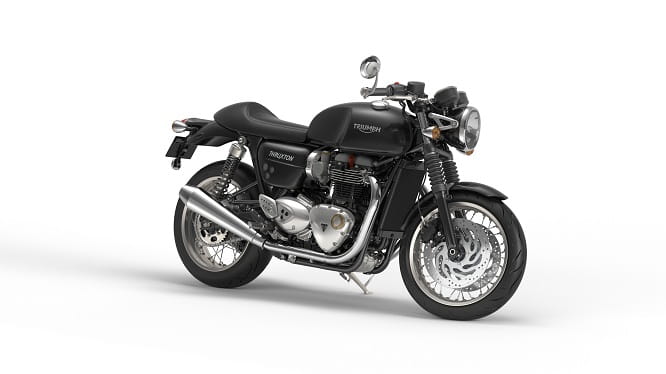 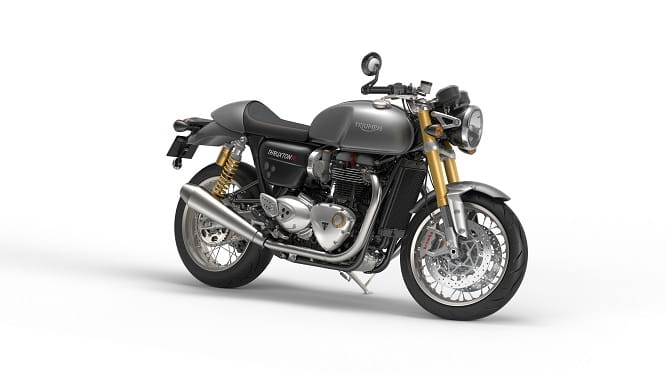 David Beckham’s choice of bike for his recent Belstaff short film was the new Thruxton R and the modern classic cafe racer comes equipped with a brand new 1200cc High Power engine. After all it has a racing heritage to live up to.

Producing 112Nm (xx ft-lbs) at 4,950rpm, Triumph are claiming a massive increase in power of 62% over the current Thruxton model and 25% more than the Norton Commando 961. This is thanks to it being a low inertia liquid-cooled, 8 valve, parallel twin engine with a lighter crank and higher compression.

Like the T120 range, the Thruxton’s new liquid-cooled engine has riding modes adjustable while riding. Rain and Road plus, only on the Thruxton, a Sports map too. Triumph has identified the Thruxton’s competition as BMW’s RnineT, Norton Commando 961 Cafe Racer, Yamaha XJR1300 and Moto Guzzi’s V7 Racer.

The Thruxton will be available in three colours: Jet Black, Pure White and Competition Green while the Thruxton R comes in Diablo Red and Silver Ice.

Over 160 dedicated accessories are available for owners to customise their Thruxton’s and like the other Bonnevilles, the Midlands-based manufacturer have produced some inspiration models using a handful of the official accessories; ‘Track Racer’, possibly one of the most beautiful bikes I’ve ever seen, a ‘Cafe Racer’ and the ‘Race Kit’ – designed for circuit use only.

Just like the T120 range, prices and specs available from January 2016 with the first ride review here at Bike Social by the end of February yet not available in dealerships until Spring. 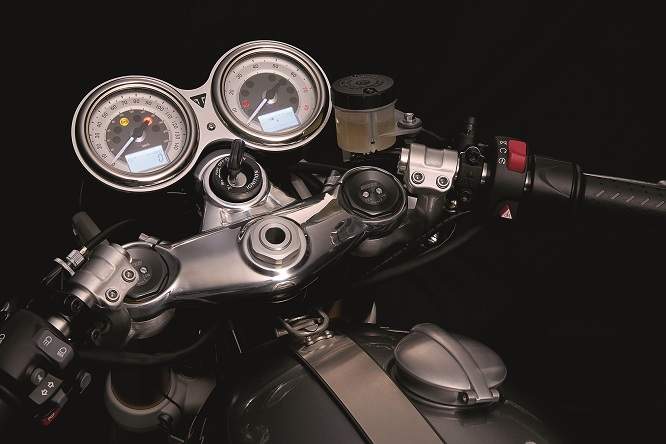 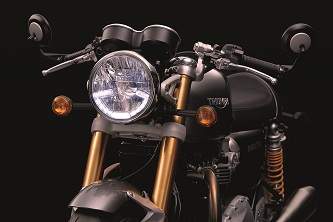 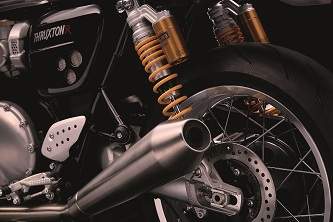 We’ll have to wait until the Milan Motorcycle Show at the end of November to find out more on the 2016 Speed Triple, Tiger Sport or Explorer.

Triumph say these five new Bonnevilles replace the existing range except the Scrambler, America and Speedmaster models which will not be replaced for 2016. However, we fully expect at least a new Scrambler in time for 2017. Keep it here at Bike Social for more information.