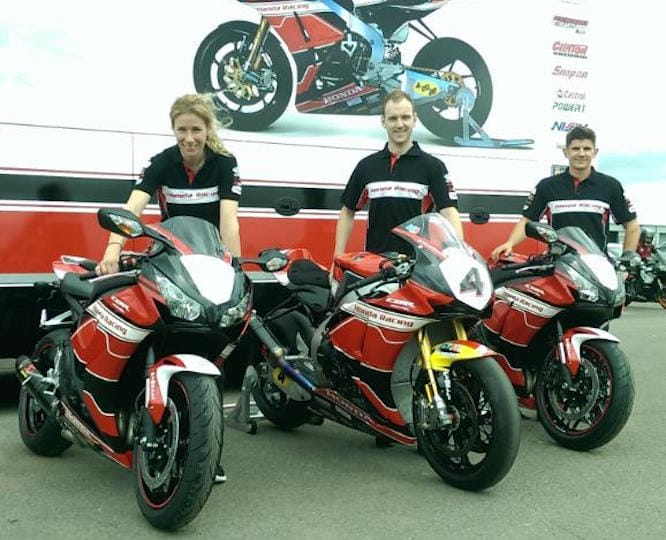 50 CBR1000RRs will be adorned in the stunning red and black colour scheme campaigned by Dan Linfoot, Jason O’Halloran and Jenny Tinmouth in the 2015 British Superbike championship.

The bike was displayed at Honda UK’s dealer day at Donington Park today, complete with Akrapovic exhaust. However, a full spec of the 50 limited machines has not yet been released.

If the BSB-spec bike is of similar spec, it should cost around £13,299 and will be available in dealers late next month.

The announcement comes as Honda’s British Superbike team returns to full force for this weekend’s fourth round of the championship at Snetterton. Dan Linfoot, who finished second in the opening round at Donington Park, returns to action for the first time after breaking his wrist in April, alongside teammates Jason O’Halloran and Jenny Tinmouth.