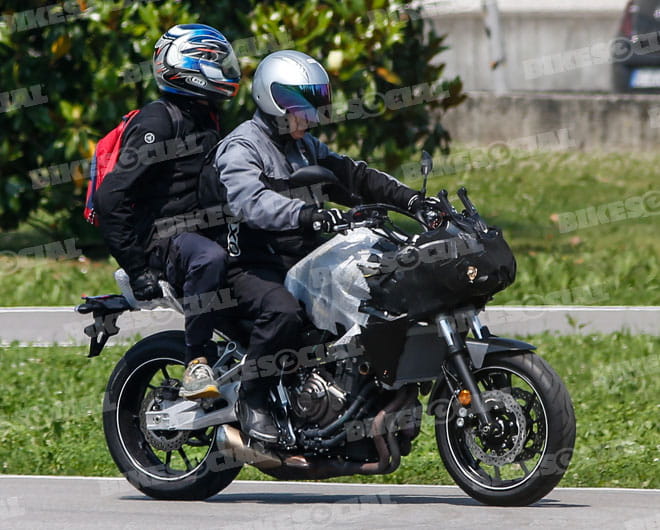 A heavily disguised touring version of Yamaha’s enormously popular MT-07 has been spotted testing in Italy this week ahead of an official launch at the annual Milan trade show in November.

The enormously popular twin cylinder Yamaha MT-07 currently sits in 4th position of the best-selling bikes in the UK in 2015. Meanwhile its sibling, the MT-09 Tracer, a more touring-focused version of the three-cylinder 850cc MT-09 is the second best seller. The success of the whole MT-range over the last two years can be attributed to the combination of a top quality ride and aggressive pricing strategy. And it's worked.

Whether this new bike collects the ‘Tracer’ name like the MT-09 or gets a moniker of its own, remains to be seen but Yamaha is readying the faired version complete with adjustable screen and optional luggage (neither of which were on the photographed test bike) plus higher handlebars that will massively extend its already-significant appeal.

The test mule bike shown here was focussing on damping settings with a rider and pillion going through the motions complete with datalogging equipment fixed to a recorder in the pillion’s backpack. 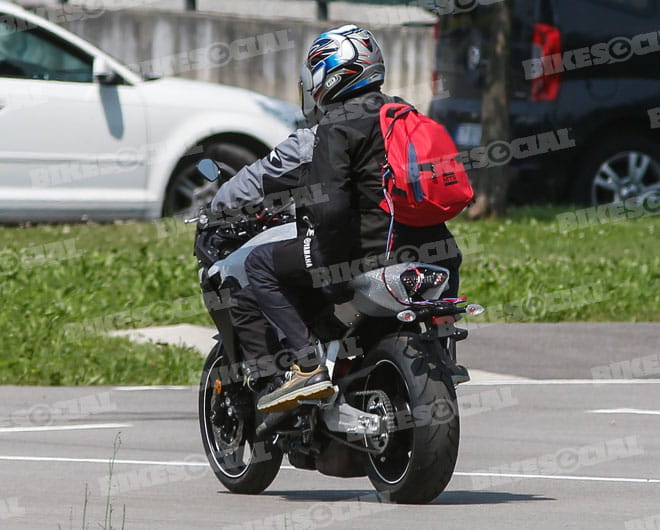 Yamaha introduced us to a revived MT range (MT stands for “Master of Torque” by the way) in September 2013 starting with the three-cylinder MT-09. The middle-weight parallel twin, MT-07, followed in February of 2014 which was quickly joined by the entry level MT-125. Therefore Yamaha were already offering models relating to an A1, A2 and A licence.

Two more versions of the 09 (Sport Tracker and Street Rally) and an extra 07 (Moto Cage) were added to the popular range. So popular in fact that the 07 and 09 were the 2nd and 3rd best-selling motorcycles across Europe in 2014 respectively. The physically largest bike is the MT-09 Tracer which launched earlier this year to high praise from all journalists and customers alike.

With an MT-based version of the R3 using the same 320cc parallel twin planned for 2016 plus this new touring focussed MT-07, the Yamaha MT range could swell to 9 models.