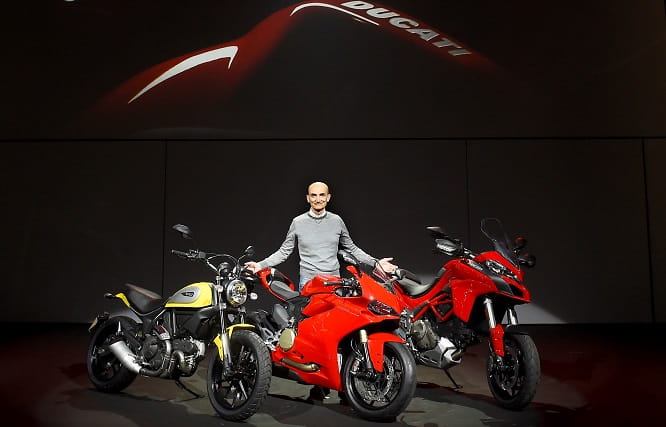 The Bologna-based motorcycle firm has announced a sales increase of 22% for the first half of 2015 versus the same period for 2014 with the new-for-this-year Scrambler dominating sales.

The four-bike 803cc range starting at £6,895 has contributed to over one in four (27.6%) new Ducati motorcycles sold from January to June. Introduced in the early part of this year, Ducati’s 75bhp sub-brand has lived up to expectations by providing a good-looking, easy-to-ride, fun motorcycle which attracts new riders and is very accessibly priced.

The UK market has performed admirably following only Spain and Italy in terms of growth.

“This record-breaking performance by Ducati in the first half of 2015”, commented Claudio Domenicali, CEO of Ducati Motor Holding, “stems from the incredible efforts made over the last two years. Products like the Scrambler, Multistrada and 1299 Panigale reflect the extraordinary talent of workers who, day after day, dedicate themselves to making customers’ dreams come true. This exceptional growth is the result of teamwork, an ability to handle the complexity of selling in over 90 countries and running 11 branches and 3 production plants. That makes me incredibly proud.”

Did you contribute? What did you buy and why?  or !