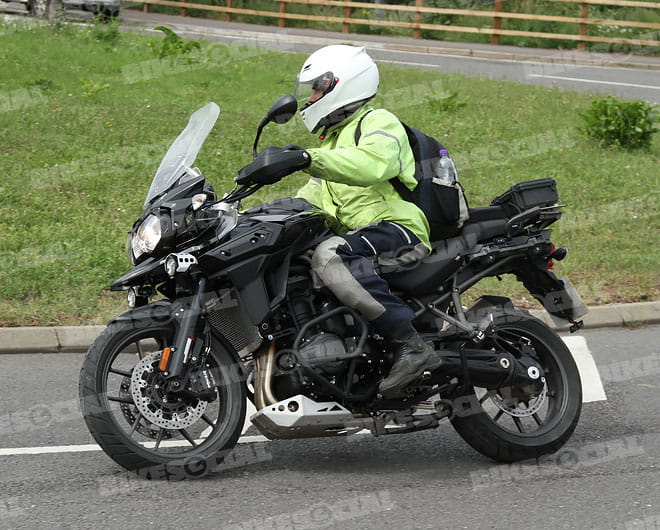 It’s only been three years since Triumph’s 1215cc Tiger Explorer went on sale but the firm is already putting the finishing touches on its replacement.

A project to heavily revamp the bike has been underway for some time, and this is the result – a restyled Tiger Explorer with new suspension, brakes and a massive upgrade in terms of technology to make sure it can remain on terms with the most advanced rival machines in the hugely popular big adventure class.

While the engine, frame and elements of the bodywork are carried over including the headlights, tank and tail, don’t underestimate the extent of the changes. This prototype features new WP suspension and radial Brembo brakes, plus a redesigned nose, side panels and screen to address problems with the current model and to bring its specifications up to the levels of its most important competitors.

The suspension is particularly important, since this is the semi-active WP kit that’s already used on KTM’s 1290 Super Adventure. On the KTM, it offers multiple riding modes plus the ability to react to sensor inputs, reducing dive and squat by tweaking the damping during braking and acceleration. 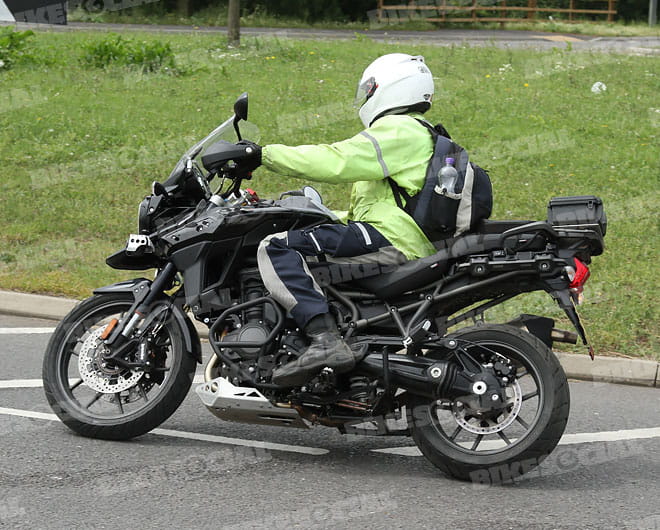 There’s also pressure on Triumph to upgrade the rest of the Tiger Explorer’s electronics, given the high-spec traction control and ABS systems used on some of its rivals, particularly the market-dominating BMW R1200GS. Since the latest versions of both the BMW R1200GS and KTM’s biggest adventure bikes use the latest Bosch cornering ABS (called ABS Pro by BMW, but it’s much the same system), Triumph can’t afford to lag behind. The simplest solution would be to adopt the same off-the-shelf Bosch system, and that’s probably what the firm has done.

The current Explorer’s screen has come in for criticism, and it’s clearly been subject of a fair bit of improvement. It’s been completely reshaped, along with the plastic parts around the headlight, and the new bike also gains four additional Perspex elements, two on each side, to help deflect turbulence away from the rider. The front mudguard and the bike’s ‘beak’ have been redesigned as well, as have the panels either side of the radiator.

How do you like the look of the new Triumph Tiger Explorer?  or !