Bike thefts down to zero in London 'hot spot'

Figures released today claim that one of London’s most prominent areas for motorcycle theft has become a ‘protected area’ which thieves are now avoiding, according to its local council.

St. James’s Square in London is located in the heart of our capital close to Pall Mall and Regent Street yet was identified as a ‘hotspot’ for motorcycle crime by Westminster City Council. However, thanks to the MASTER security scheme, introduced at the beginning of 2013 by the Motorcycle Industry Association (MCIA), the latest statistics show that no motorcycles or scooters have been stolen since September.

The figures are impressive given that previously, on average, at least one motorcycle or scooter was stolen per week. The City Council are now planning to roll the scheme out to other hotspots in the city. Since April 2014, 191 motorcycles, scooters and mopeds worth a total of £1 million have been stolen from the City of Westminster. 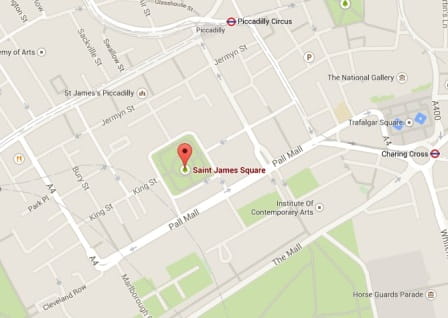 In September 2014, Westminster Council and Datatag, the security marking specialists, offered the users of the motorcycle parking bays the opportunity to have their machinery tagged for £50. The process took just 25 minutes and was governed by the Metropolitan Police who ran necessary checks. Since then warning signs highlighting the fact that bikes in this particular area have all been security marked have been erected to act as a deterrent for potential thieves.

Over 70,000 new motorcycles and scooters have now been protected and registered with the MASTER Security Scheme since January 2013.

Community Protection Officer for Westminster City Council Paul King, who has led on this project explained; “We are determined to reduce motorcycle theft in the City of Westminster and to give parking customers the best possible experience, which includes coming back to find your bike where you parked it. We have applied a combination of measures in partnership with the Metropolitan Police and Datatag, which alerts riders as to the risk and gives them the means to avoid them.

“We aim to repeat the opportunity for riders to have their motorcycles and scooters marked in the New Year for riders who use Berkeley Square parking, as we feel this provided a turning point in St James’s Square, which we would like to repeat for other theft ‘hot spots’ in the City.”

Steve Kenward, CEO of the MCIA, which invented the MASTER Security Scheme, says this concerted effort by Westminster City Council proves that marking works. “We are delighted to hear the part security marking is playing in eliminating theft in St James’s Square and applaud Westminster City Council’s systematic approach in dealing with it and would like to see other London councils making such an effort.”

Do you use security markings?