Figures have been released by the Motorcycle Crime Reduction Group (MCRG) which claim bikes and scooters marked with the MASTER Security Scheme are four times less likely to be stolen.

The statistics from the past 18 months (since January 2013) show only 403 motorcycles and scooters have been stolen from the 52,687 which were protected by the Motorcycle and Scooter Tagged Equipment Register (MASTER) scheme, which is a rate of 0.76% compared to a historic rate of 2.6%. And to further the good news, 149 of those bikes were recovered.

Up until the scheme was introduced, incredibly an average of 26,000 PTW’s were being stolen each year, and that is the equivalent of 70 per day, with more than half of those in Greater London. Those dirty thieves are busy.

Those backing the scheme which was introduced in 2012 and is the UK’s first national and official motorcycle anti-theft scheme, include 11 major manufacturers such as Honda, Ducati, Yamaha and BMW and are sure to be encouraged by these figures. 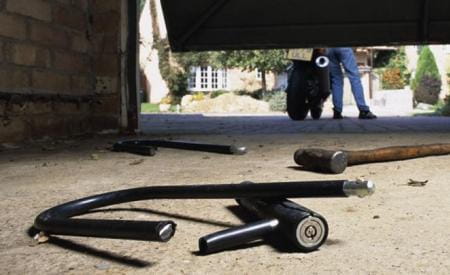 The Motorcycle Industry Association alongside the Home Office and Metropolitan Police devised the scheme in a bid to reduce motorcycle theft and in its simplest terms it used the same technology as Datatag - visible and concealed elements, including hidden data dots, stealth etching and a number of transponders embedded into parts of the bike.

Steve Kenward, CEO of the MCI said “11 major manufacturers have been marking their bikes for over 12 months now, so we are in a position to begin evaluating the effectiveness of the MASTER Security Scheme.  It will take another two years to see the full effects, as motorcycle theft is currently mostly centred on bikes of three years or less, but we are highly encouraged by the results we have seen so far."