Stolen in London, Ducati is recovered in Lithuania within 48 hours

To brighten up your hopes of becoming reunited with your beloved bike if it disappears without you knowing about it, then read on.

Earlier this week, less than 48 hours after it was stolen from an address in South London, a Ducati 899 Panigale was tracked down and recovered…over 1,000 miles away in Lithuania. 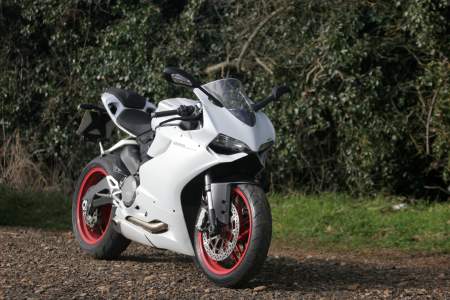 Fortunately the bike had been fitted with Bike Trac and along with help from Interpol (International Criminal Police Organization) the security device did what it was supposed to do by initially raising the alarm and then keeping tabs on the bike as it crossed Europe.

The £12,500 bike, which was only launched at the end of 2013, was detected as being stolen but had already crossed the English Channel before UK Police had the chance of intercepting.  Six countries later and the bike came to a rest in Lithuania but only after Interpol’s efforts to stop the tricky thieves on the Polish border had been thwarted when they chose a less obvious route.

The 899 had arrived in Eastern Europe within 24 hours of being stolen and although those chasing weren’t aware of what kind of vehicle was carrying it, the signal remained strong enough for the authorities to continue the chase and make the swoop.

Bike Trac describe it as their longest ever live track and the company’s Bill Taylor said, "By Wednesday morning we were able to establish a solid fixed signal so we were confident that the Ducati had reached the thief's chosen final destination. With the help of Interpol, local Lithuanian authorities swooped in and within an hour we had confirmation of the bike's safe recovery."

The bike and the suspects are now in the hands of the Lithuanian police.