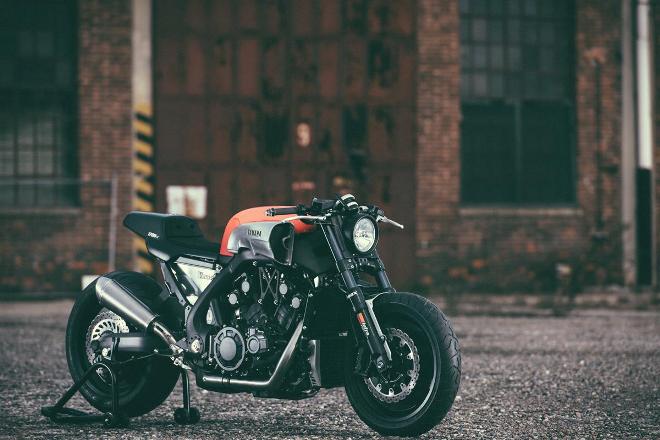 To celebrate the 30th anniversary of the VMAX, Yamaha have unveiled a very special customised Yard Built version of the bike known as ‘Infrared’.

The concept behind Yamaha’s ‘Yard Built’ programme is to inspire customers who dream of transforming their own modern day Yamaha’s by asking talented bike customisers to provide ideas by creating their own versions.

Recent models such as the SR400, XV950 and the soon-to-be-released and updated-for-2015 XJR1300 have been the base models for such customisation. Blank canvases, if you will.

And today, Yamaha have unveiled their latest collaboration. The VMAX project via German customiser Jens vom Brauck of JvB-moto, based in Cologne. 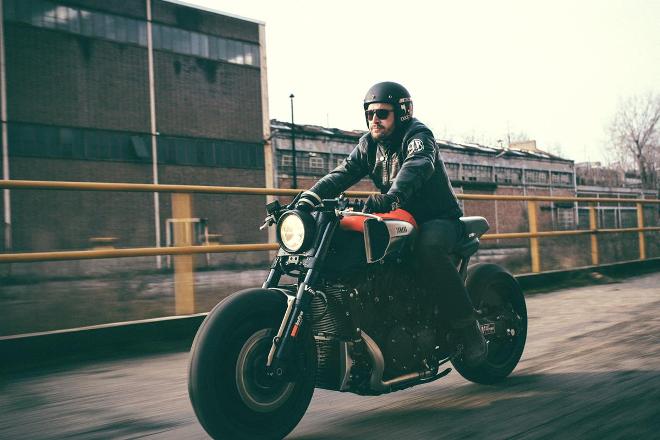 The vision for the VMAX Yard Built special was to transform the stock bike into a ‘radical dragster meets café racer concept’. A second key element in the design is of course a tribute to the 30-year history of the machine. 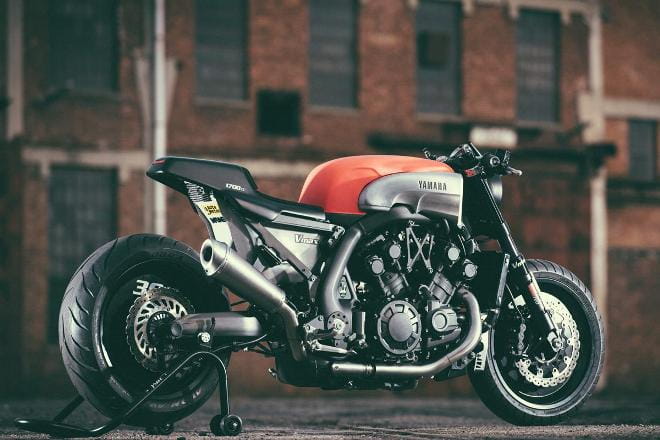 A custom carbon tank cover sits over a heavily modified airbox and electrics and is complemented by special air intake scoops crafted from stock aluminium units taken from the original 80’s VMAX.

The aluminium subframe is handmade, crafted from bits of the stock unit as is the custom fuel tank placed under the seat, also made from aluminium and holding the same fuel as the standard tank.

The custom carbon tail unit was handmade by Jens and is a signature JvB-moto piece. The exhaust system is modified with a custom 4-1 collector and finished with a Termignoni silencer.

The retro colour scheme is based on the livery of Yamaha’s 1985 GP team for added authenticity.

If you want one, then you may have to hone your best persuasive skills...and possibly speak German. We asked Yamaha who said "It will follow that same concept as other Yard Built bikes, in that at some stage, the custom builder will make available production parts to create a very similar machine to the custom bike they have created. These parts will only be available directly from the custom builder."

In more sombre news, the designer of the VMAX, Kenji Ekuan, recently passed away. He was 85 and also responsible for designing the Narita Express airport train and the iconic Japanese soy sauce bottle.