Yamaha introduced the world to its XV950 ‘bobber’ in July 2013 and it’s offered prospective owners a template from which they could design their own custom machine.  Think of it as a colouring by numbers book, the black outline resembles the straight-out-of-the-box Yamaha, which is perfectly acceptable and can be used with or without any form of ‘colour’. Of course the options are then endless to create whatever your mind can muster up. In fact, Yamaha themselves list 43 of their own accessories. 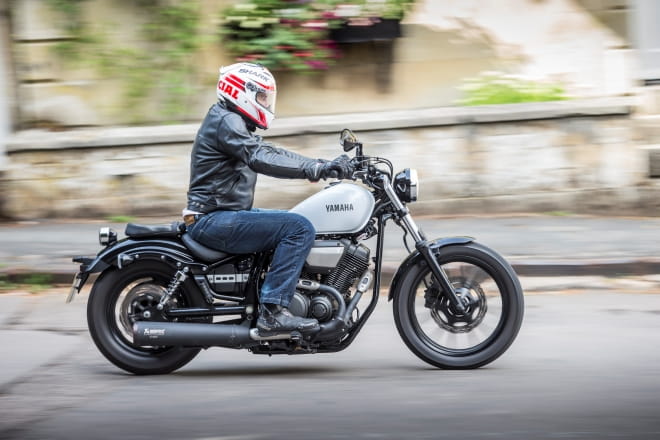 Yamaha call this culture ‘Sports Heritage’ which concentrates on the traditional values of motorcycling but allows for customisation. It’s been a popular concept in recent time: provide something simple in a template form (hence the attractive price) and the customer can decide if they’d like to enhance it.

We rode a fairly basic-spec bike for a couple of weeks with the only upgrade being the lengthy Akrapovic slip-on muffler, designed especially for the XV950, at the end of its two-into-one exhaust system down the right-hand side of the bike.

A 942cc V-twin + Akrapovic exhaust = what? sounds like the kind of maths problem we’d like to not only answer but listen to as well. However, it’s strangely disappointing. There’s no raucous outburst that could reverberate around town centres resulting in turned-up noses and disapproving looks. It’s just a bit mild for my liking and that goes for the Yamaha’s ride too – for those who don’t look for extravagant performance or superb handling and instead prefer the gentler ride then this is for you. It won’t blow your brains out but it does the basics well and cruises around with minimal fuss. At home in the city as it is on the B-roads so long as they’re not too bumpy – the rear suspension is fairly non-existent. 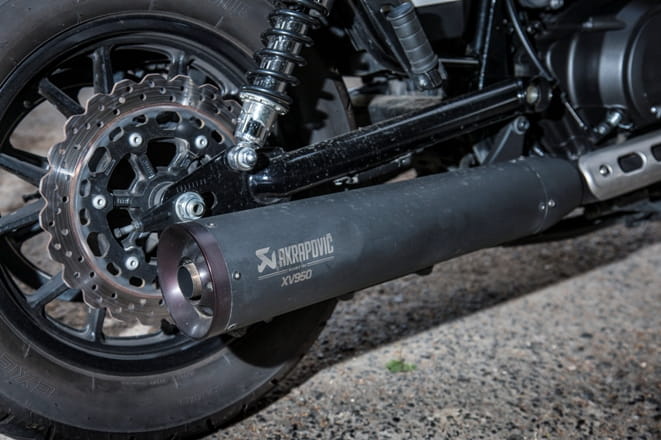 It’s a good looking, simple and sporty creature on sale with a reasonable £7,199 price tag and which offers plenty of customisability if that’s what you’re into. The 12.2 litre fuel tank should give you a range of around 100 miles and the 51bhp will cease to increase your speed at an estimated 110mph but because the XV950 is an easy-cruiser there’s no need to worry about top speed. The motor is smooth meaning there’s no heavy vibrations, the gearbox is very slick and the clutch is light which is made for town-riding. There’s no ABS on the standard model but it is fitted to the ‘R’ – the lack of ABS is noticeable but you know what, it kinda fits with what the XV950 is all about.

The ignition key is in a traditional for a bobber below-the-fuel tank location and the instrumentation is kept deliberately simple albeit the digital, circular speedo in front of the tank seems out of place on the retro-feel bike. 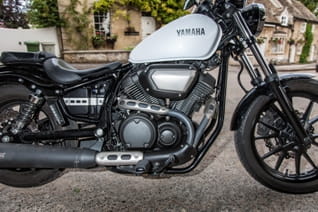 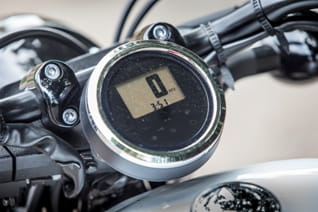 Even though the belt-driven, five-speed XV950 is described as a bobber, the low-seated riding position (690mm) still allows your hip-to-knee to be parallel with the ground and knee-bend angle of sub 90 degrees. This in turn means that your feet aren’t stretched out in front and the two-part saddle provides a suitable and comfortable position to reach to the bars and its thicker-than-usual grips. However, being a bobber-based machine means a lean angle of nowhere-close-to-Mr-Marquez is required before you’re scraping the pegs and shearing away at those hero bolts. Be careful around those roundabouts. 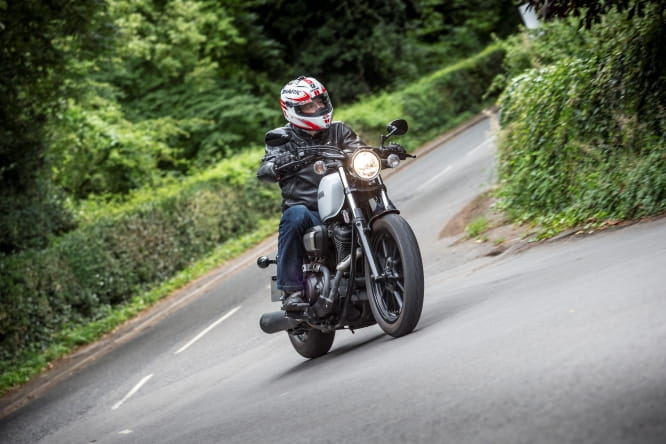 Overall, the bike in its simplest format is an easy-cruiser which is attractively priced, has a unique look, offers a smooth and simple ride and an ideal template which can be customised, or 'chopped', as much or as little as you like.

Both the standard XV950 and the ‘R’ version can be limited to comply with A2 licence specifications. 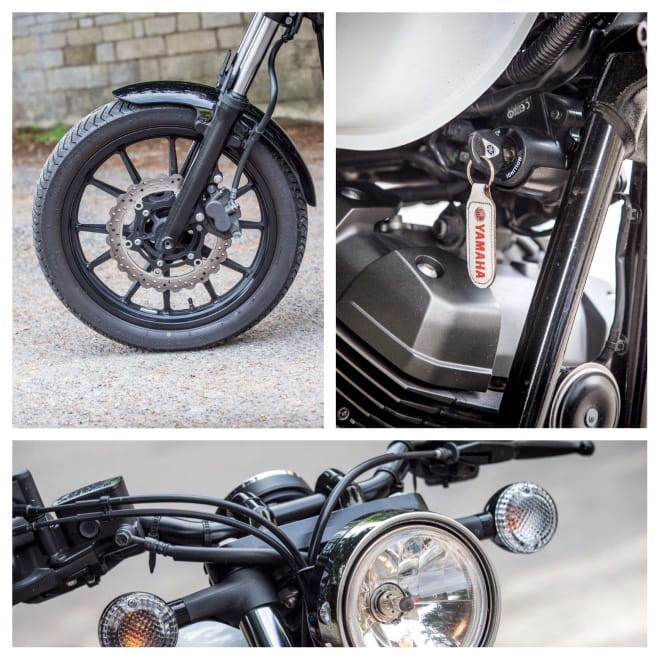