Yamaha is set to reveal the first wave of their 2015 model range in Cologne tomorrow and we can now confirm that the marque’s first press launch of the new bike season will unveil two new models, a stunt-inspired variant of the popular MT-07 and a brand new XJR1300.

Over the last two years Yamaha has made a huge statement with the introduction of the affordable yet stylish MT family. Firstly with the MT-09, which was unveiled mid-2013, followed by several variants including the MT09 Street Rally and Sport Tracker. The mid-capacity MT-07 was revealed twelve months ago in Milan and now the Japanese manufacturer has unveiled a new edition of the 700cc twin, the MT-07 Moto Cage. 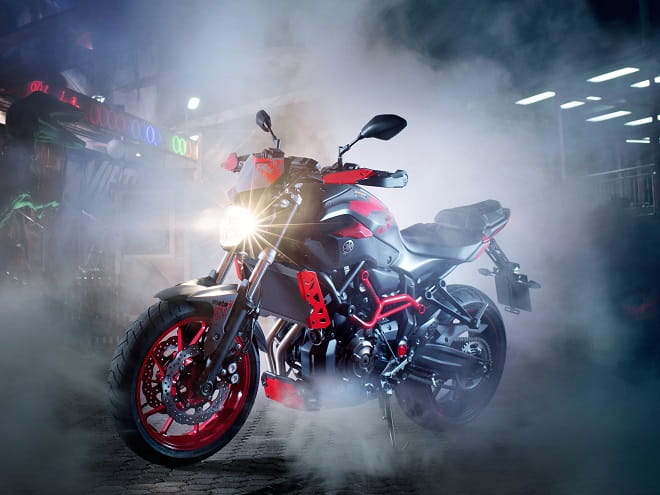 The MT-07 Moto Cage is equipped with a range of ‘stunt-inspired’ components including frame-mounted engine guards and a tough tubular under guard for both extra protection and to boost the bike’s ‘extreme’ image. To enhance what Yamaha call its ‘tough urban look’, the MT-07 Moto Cage gets lightweight knuckle protectors as well as an adjustable front light mask and re-designed passenger seat.

Available from November onwards, the Moto Cage comes in a Matt Grey base colour but features red graphics on the tank and tail unit as well as a number of red chassis components. Uniquely, the Moto Cage is fitted with a red front wheel and black rear wheel featuring a red pin stripe. Optional extras include a lightweight Akrapovic pipe.

2015 will also see the return of the iconic XJR1300 as Yamaha continue their ‘Yard Built’ custom concepts programme. The new XJR1300 features a number of components to give it the feel and look of a motorcycle ‘born customised’ rather than having just rolled out of a factory. 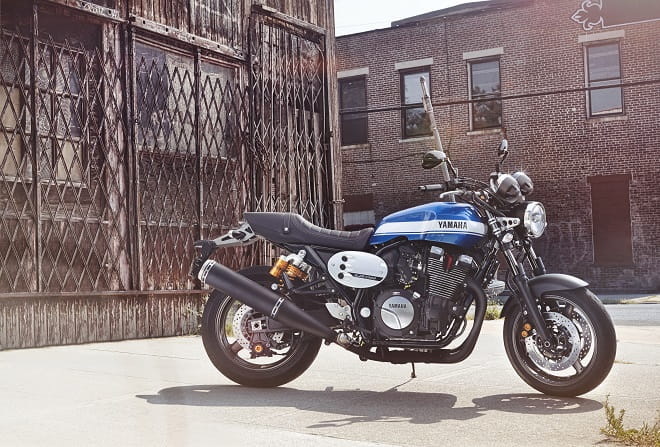 The XJR1300 features a new solo-seat design, a shorter tail and narrower fuel tank to add to the racer inspired look. A buffed aluminium side cover, tapered aluminium handlebars and a compact headline come together to highlight the muscular image.

The XJR’s 1250cc 4-cylinder DOHC engine, which Yamaha boast as the biggest in-line 4 air-cooled motor in the market, produces a respectable 98bhp and sits in a steel-double cradle frame with a re-designed mounting system designed to re-direct vibrations generated while riding. Ohlins rear suspension and Diamond-like Carbon (DLC) front forks come as standard.

The XJR1300 will be available in three colours (Power Blue, Matt Grey and Midnight black) from December onwards along with an extensive range of accessories for that further custom feel. 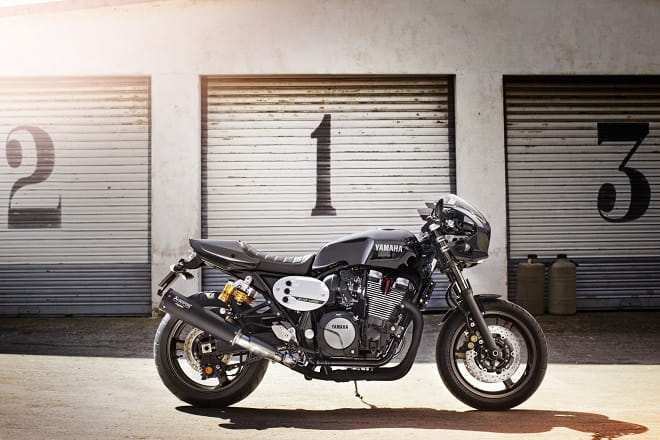 Released alongside the XJR1300 will be the all new XJR13000 Racer, a custom-based twist on the all-new street-naked available in the full range of 2015 XJR colours.

A carbon cowling and short carbon front fender give the XJR1300 Racer an authentic Cafe Racer style with period clip-on handlebars and a carbon seat cover completing the look. A modified riding position gives the Racer a narrower, more forward sportier feel to bring it in line with the intended Cafe Racer style.

Other changes to Yamaha’s 2015 model range include ABS-equipped versions of the category leading YZR-125 and MT-125 models but before you ask, no, there's no sign of the much-anticpated new YZF-R1 - we're expecting to see it unveiled in Milan.