If you’re between the ages of 19 and 24, get your provisional licence, take your CBT and pass your theory and practical tests, you qualify for the A2-licence category which, in simple terms, is restricted to bikes of up to 47bhp.

But with more and more A2-specific bikes coming onto the market, not to mention increasing options for larger, A2-restricted machines (which we’re not dealing with here) which should you go for? Here’s our pick of the latest and best purpose-built A2 bikes… 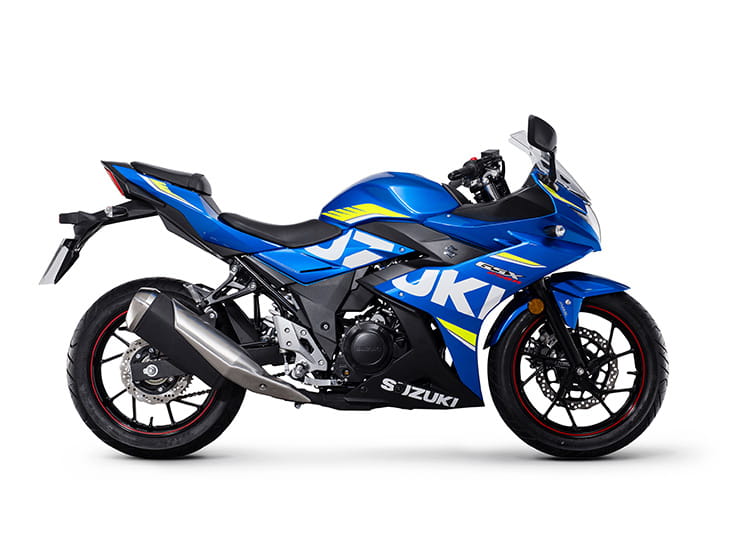 Like BMW, Suzuki were relative late-comers to the A2 category with this GSX250R only arriving last year. Don’t be too swayed by its GSX-R1000-alike styling (the MotoGP-inspired blue livery is £100 more) either as this is no fire-breather. Instead, being based on the tame Inazuma 250, the GSX is intended as a bike that’s completely unthreatening to ride – yet one with all the style and pose potential of a full bore sportster. The liquid-cooled, four-stroke parallel twin produces just 24bhp and its chassis is fairly basic. On the plus side it looks brilliant, is completely unintimidating and reasonable value making it an introduction to sports-style bikes that’s about as friendly and easy as you can get. 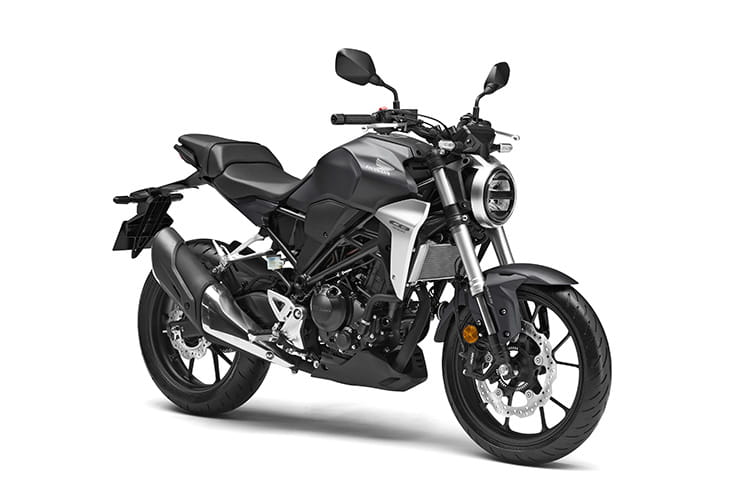 Another A2 newcomer for 2018 that’s definitely worth a look. The new CB300R is the middle offering in Honda’s all-new, ‘Neo Sports’, naked roadster family which also includes the CB125R and CB1000R. All three share similar, aggressive, pared-down roadster styling neatly contrasted with quality touches such as LED lights, inverted forks, wavy disc brakes and TFT clocks that are all benchmarks in this class now. The liquid-cooled, single-cylinder powerplant, meanwhile, in putting out 31bhp @ 8500rpm, might trail behind bigger, punchier A2 rivals such as Honda’s 500 twins or KTM’s cutting edge singles, but is solid, flexible and enough for many – and all with reassuring Honda quality and reliability. 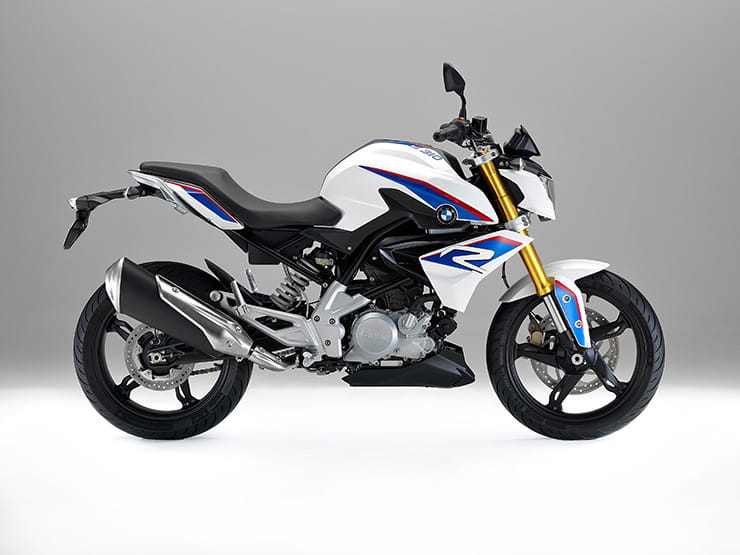 Prestigious German marque BMW were latecomers to the A2 category with this all-new, Indian-built, single-cylinder roadster only being introduced last year (although an additional GS adventure version is now imminent, too), but for the most part it’s been worth the wait. Sure, the 34bhp from its novel reverse-cylinder, 313cc single isn’t much to get excited about, but it’s novice-friendly and flexible; the upright ergonomics are good; it’s easily manageable and the S1000R-esque styling, complete with sporty nose cowling and inverted forks is eye-catching. It’s not bad value, either. As an entry into the world of BMW it’s tempting indeed. 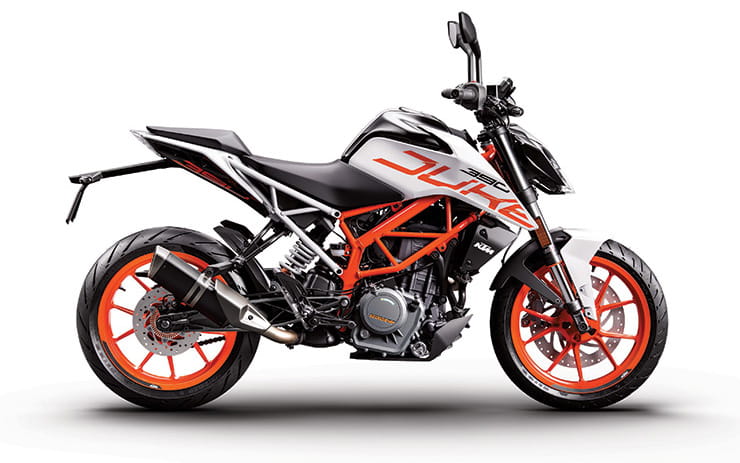 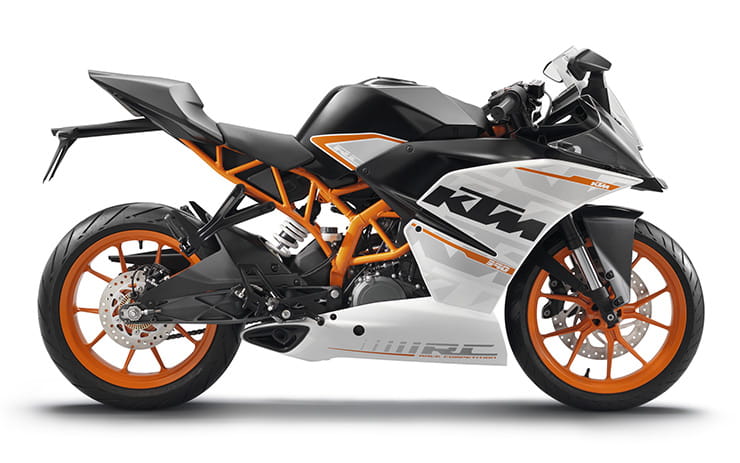 Upstart Austrian manufacturer has its roots in off-road and supermoto and its lightweight road singles reflect that heritage with an emphasis on perky performance, lary style and lively handling. In the A2 category, its 390 Duke and faired sports sibling, the RC390, which share most of the Duke’s mechanicals, are the fun-packed jokers in the A2 pack. Both are light, funky and, powered by the same, liquid-cooled, 373cc single putting out a respectable 44bhp, a hoot to ride, especially around town. Their diminutive size, light weight and slimness count against them over distance or for larger riders but the orange Austrians are still very tempting buys. 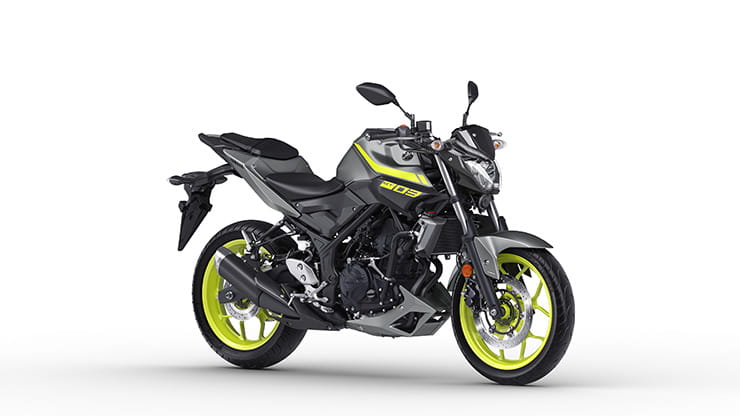 Like most manufacturers, Yamaha offers a dedicated, A2-compliant bike in both sports and naked roadster variants. In Yamaha’s case these take the form of the YZF-R3 sportster, introduced in 2015, and the naked, more upright MT-03 which followed a year later. Both are built in Indonesia to keep costs low and are based around the same, perky, 321cc, 41bhp parallel twin motor. The R3 is entertaining yet versatile and one of the better sports offerings while the naked MT is even easier and more manageable to ride and cheaper, too. Both, however, lack the flashier spec of some rivals and are, arguably, a little anonymously styled. 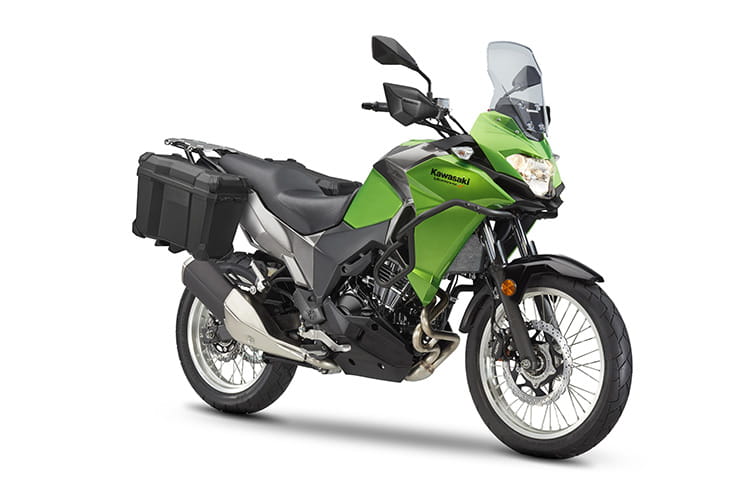 New last year this ‘junior’, A2-friendly adventure-styled machine is the latest addition to Kawasaki’s popular and versatile Versys range. It’s based on the mechanicals and powertrain of the old, outgoing Ninja 300 sportster using that bike’s 296cc parallel twin producing 40bhp at 11,500rpm. The chassis, meanwhile, though tall and with decent weather protection, has a usefully low seat height while a variety of luggage options are available as well. For taller riders or those wanting the adventure bike style it’s worth considering. 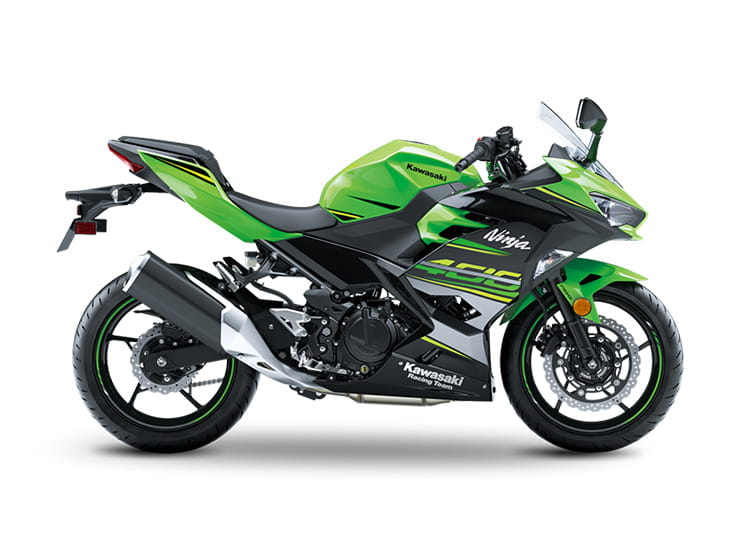 New-for-2018 successor to Kawasaki’s long-lived and perennially-popular Ninja 300 (and before that the Ninja 250R) is an improvement in every respect. All-new, Euro4 compliant parallel twin now sweeps 399cc (up from 296) and puts out 44bhp (from 39); the new, H2R-style, tubular steel trellis frame is lighter than the old (and notably racier than, say, Honda’s CBR500R) yet is still comfortable, novice-friendly and versatile. While, best of all, though, it’s also got racier, ZX-10R-alike styling and improved brakes and clocks. Along with the Honda, the best sports-styled A2 bike out there. 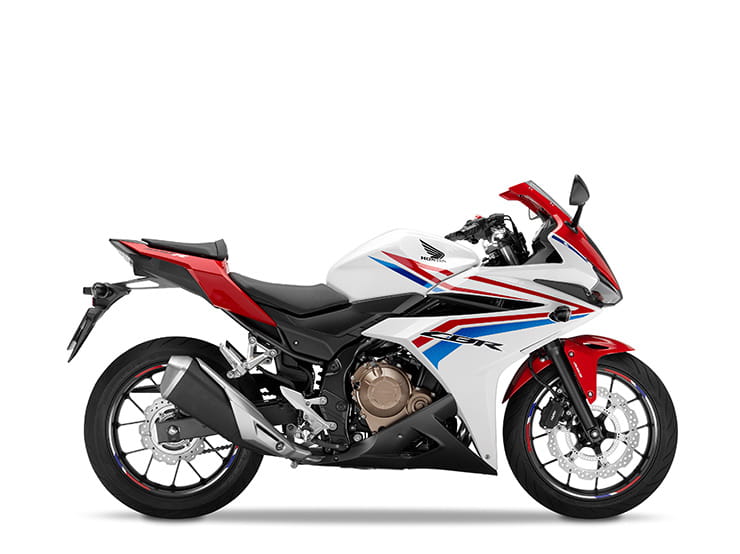 Introduced in 2014 as the sports variant of Honda’s all-new, purpose-built, three-strong, 47bhp, 500cc twin family, the CBR was designed to fully exploit the new regulations in terms of performance but also, in typical Honda vein, be a quality, affordable machine in its own right. It succeeds on all counts. As a full, 471cc, 47bhp, parallel twin it’s substantial yet in no way intimidating The chassis is nimble, manageable and comfortable. It’s decently equipped and stylish (especially since a 2016 update which brought sharper styling plus tweaked and now preload-adjustable forks) and yet, due to its fairly basic components, modular approach and the fact it’s built in Malaysia, it’s impressively affordable, too. The other variants, meanwhile, are just as good and include the adventure-styled CB500X at £5949, the roadster, the cruiser CMX500 Rebel at £5599 and the roadster CB500F at £5449. 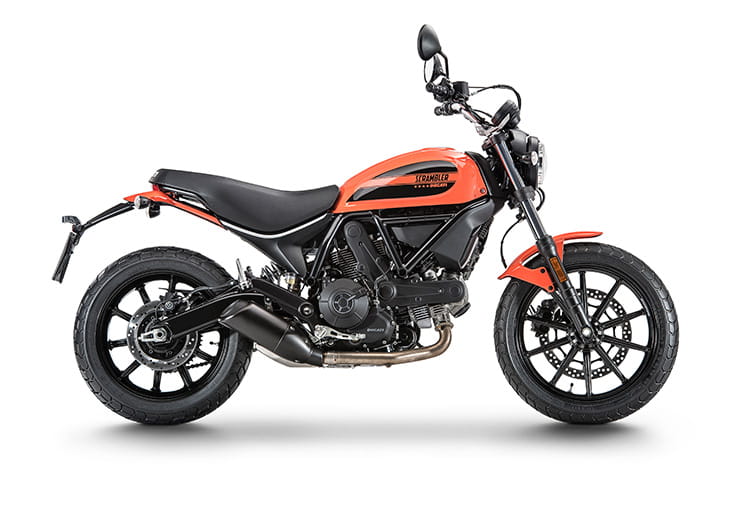 Ducati’s retro-inspired, novice-friendly Scrambler family, first launched in 2016, has been one of motorcycling’s success stories of recent years due to their easy charm and accessibility. Most are powered by 800cc versions of the famous Bologna V-twin, but the Sixty2 is aimed specifically at A2 licence-holding novices. Its smaller, 400cc engine produces 40bhp and, with softer, cheaper suspension and a narrower rear tyre, delivers an easier, friendlier ride, as well. In every other respect, though, it’s still a pukka Duke Scrambler and, although tempting at a full £1000 less than the full fat Scramblers, is still one of the pricier options here. 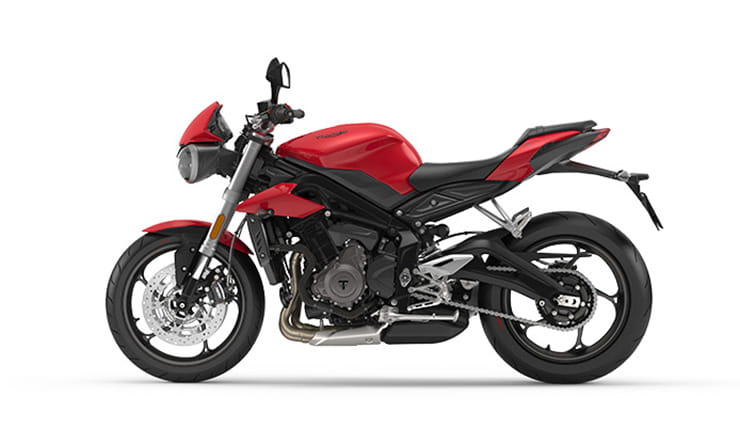 Far and away the most expensive (and substantial) of the bikes highlighted here, Triumph’s A2-specific version of its Street Triple is worth a mention here for two reasons: first, with a dedicated, 660cc version of the latest  ‘Striple’s 765cc three cylinder engine, it’s just as much of a ‘purpose-built’ A2 bike as any of the others and, second, the base Street Triple with its eager attitude, involving yet versatile handling and all round class is such a great bike the A2 version can’t really fail to be either. Yes, it’s 50-odd bhp down on its siblings, is a far bigger, meatier proposition than most other A2s (although that will appeal to some) and is a long way from cheap – but it’s still a goodie.
Recommended articles