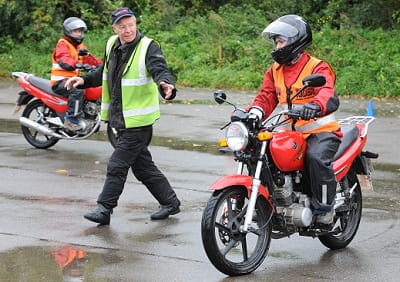 The Third Driving Licence Directive arrived last weekend, altering the way you can gain a motorcycle licence. Here’s what it means to you.

After getting your provisional licence from the DVLA you need to do your Compulsory Basic Training (CBT) and then you can ride a 50cc moped restricted to 28mph. You can’t take pillions and need L-plates but at least you have some freedom. Should you wish you can progress to take the two part practical test, but you will still be restricted to 50cc and 28mph although you can take a pillion and dump the L-plates – though most riders would consider this a bit of a waste of time.

Previously at the age of 17 you could take you CBT, hazard perception and two part practical then ride a bike restricted to 33bhp for two years probation or until you were 21 years old at which point you can ride anything. This is no longer the case.

Unless you have an A1 licence you need the CBT, theory and two part practical as before. Do this and you can ride any bike of up to 46.6bhp without L-plates and carry passengers – this is the A2 licence. If you have an A1 licence you can take the practical test and upgrade to an A2 licence but only if you are 19 or over. After two years, or on reaching 24 years old, you can opt to take a Full Category A test and ride whatever you like. Previously this extra restriction didn’t exist and you could have ridden anything you liked after taking the practical test at 17 and doing your two years probation on a 33bhp bike. So while you can gain a full licence, at 21 years old, the only way to do it is by taking you A1, A2 and A tests.

Previously Direct Access (which means you turn up, pass your test and ride away on anything you like) could be done at 21 years old. This is no longer possible and instead you have to be 24 years old. As before, CBT gets you on a 125cc bike with L-plates and no pillions. Theory and two part practical now gains you an A licence via direct access. Off you go, enjoy any bike you like. If you have an A2 licence and are over 24 or have held the A2 for two years you can take the practical and also ride anything you like. If you have an A1 you can go straight to an A unrestricted licence if you’re over 24.