Sweating to death - How to avoid dehydration 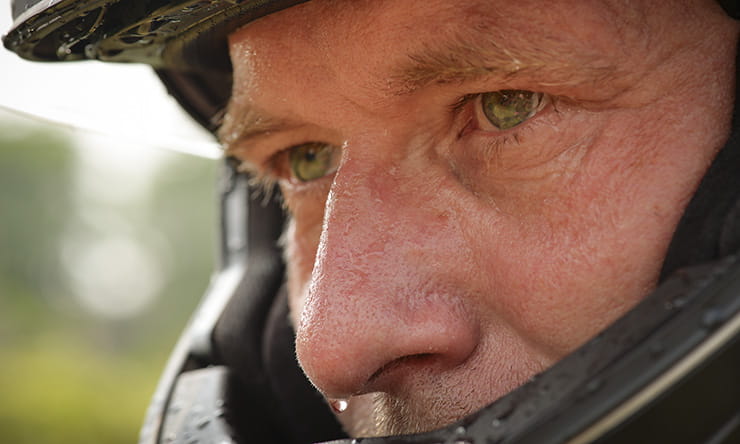 Should you wear full leathers in hot weather? The standard thinking is that of course you should – it’s irresponsible not to. But what if that suit actually increases the chances of you falling off in the first place?

This isn’t as daft as it seems. Every exercise physiologist we spoke to suggested that dehydration and over-heating could help explain why so many of us crash in perfect conditions each summer. They cited numerous studies proving a link between small drops in hydration and big losses in cognitive function (the ability to concentrate and make fast, accurate decisions). Everyone from air traffic controllers to water polo players have been shown to make more mistakes when they get dehydrated.

And we’re not talking about being absolutely parched - a drop in hydration of as little as one per cent will reduce physical performance by around 10 per cent and produce a marked drop in cognitive function. Most people don’t even feel thirsty until their hydration drops by two per cent. 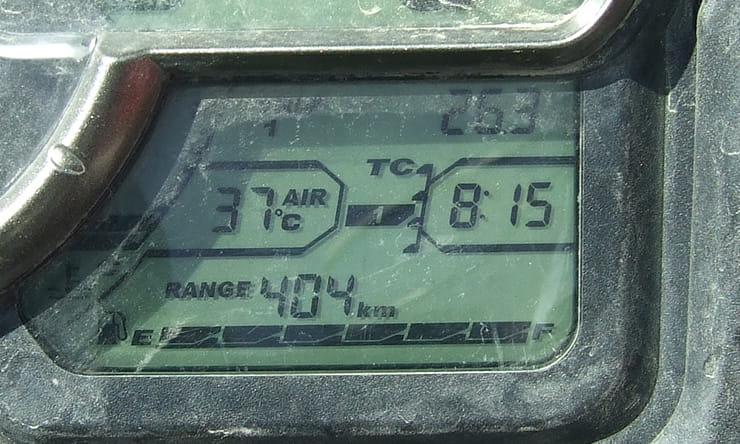 When temperatures are this high, it’s vital you keep hydrated

So on the one hand we’ve got evidence from police crash investigators and Department of Transport motorcycle accident statistics saying that the circumstances of the most common type of serious crash are a sunny summer afternoon (June, July or August), a rider of a large capacity bike in full kit, a demanding A-road, and no other vehicles.

And on the other hand we have exercise physiologists saying that the most effective way to dehydrate someone is to put them in a warm environment, encase them in an insulating suit that does not allow sweat to evaporate from the skin, and then make them exercise (by, for instance, hustling a bike down a sinuous A-road).

“I would say there’s definitely a link between motorcyclists getting too hot, and a drop-off in cognitive function,” says Dr Ric Lovell, a sports physiologist from Hull University. “There is all sorts of data across all sorts of sports to show that technical decision making is impaired when exercise is taken in the heat, and body temperature rises.”

Interestingly, the most significant two mental effects of dehydration are on eye-hand coordination, and speed of decision making. It’s the perfect recipe for sloppy riding.

So what to do? Neutralising the symptoms is, theoretically, fairly easy. Dehydration can be fixed fast by swigging a load of water, and thermal strain (the more extreme cousin of dehydration where core body temperature increases and you eventually pass out) can be reduced by sitting in the shade. But are you really going to stop every 20 minutes to sit under a tree while drinking water?

You could buy a mesh suit or a set of summer leathers peppered with perforations to allow air flow. For fast country rides this might do the trick, though it will make little difference if you’re filtering through town before your blast – the dehydration damage is already done.

The most radical solution is to weigh up the risks and decide not to wear leathers – to judge that the hazards of overheating are greater than the safety benefits of protective kit. The French police, for example, make exactly this judgement in summer, choosing to fly around on their FJRs wearing a short-sleeved shirt, bri-nylon slacks and a gun.

As always, it’s a personal judgement. BikeSocial would be interested to hear what you think… 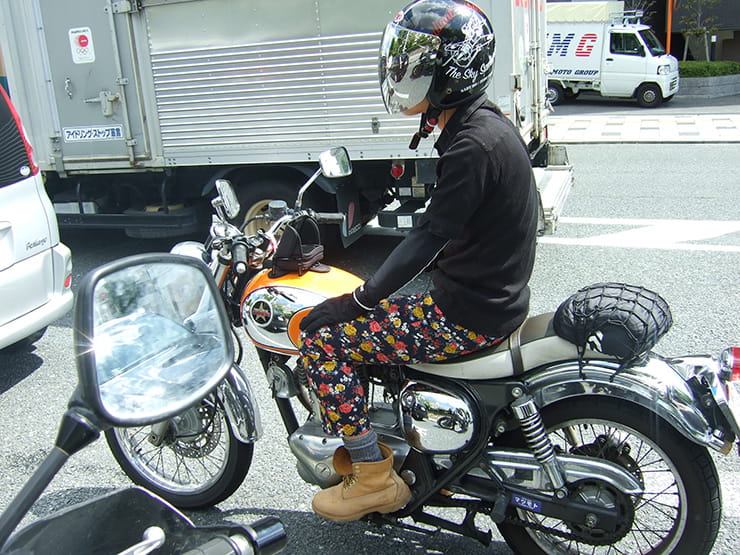 What’s most important? Abrasion resistance, or your core temperature?

• Make sure all your helmet vents are open. This is critical. The forehead is a major site of sweat glands (along with hands and feet). Take you lid and gloves off immediately when you stop.

• Air flow next to the skin is critical, so lots of vents and a loose fit works best. This is why textile kit will keep you cooler than leathers (take the lining out, obviously). Leathers can create a boil in bag effect.

• If you’re wearing baggy textile kit, wear a specialist sports T-shirt underneath to wick away sweat and maximise cooling.

• If you really suffer, wear a cool vest like BMW’s Hyperkewl, or Revit’s Cooling Liquid Vest.

• Riding in leathers with your zip undone will dramatically increase the cooling effect of your sweating by increasing airflow, if you can tolerate the safety issues.

• If you’ve got a Camelbak system, drink little and often. If you’re wearing leathers it won’t stop your temperature rising because your sweat is not able to evaporate, but it will delay the onset of dehydration.

• On trackdays, drink a lot between sessions. On road, at every petrol stop or fag break.

• Don’t drink strong coffee. It’s a diuretic, which means it causes you lose body fluid (ie makes you piss a lot). Weak coffee and tea probably has a net benefit (the scientists are still arguing), but water is much, much better.