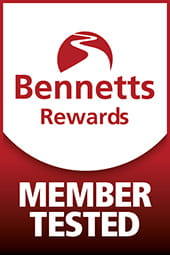 Bennetts Rewards is the exclusive home of some of the best competitions, discounts and opportunities in motorcycling. This product has been tested by one of the real-world riders who joined the club and are making big savings on their biking life. www.rewards.bennetts.co.uk 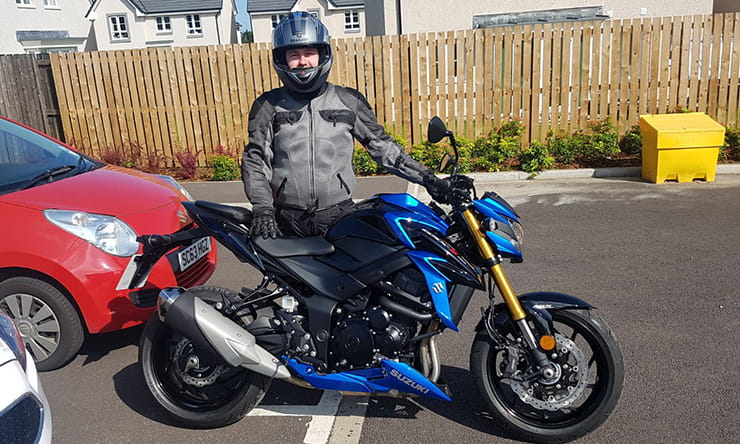 Craig Robb from Aberdeen got his bike licence in June 2015, and passed the Institute of Advanced Motorists (IAM) bike test in October 2016. He bought a 2017 Suzuki GSX-S750 in August 2017 from Millenium Motorcycles in St Helens. Here’s what he thinks of it…

Tell us why you bought it…

I owned a 2015 Suzuki Gladius (SFV650) prior to this (also from Millenium), but was looking to move up to a bigger bike – I wanted something with a bit more power that wasn’t a V-twin. I also wanted a bike with ABS and traction control, which ruled out Kawasaki’s Z900. I did test ride a number of other bikes, but wasn’t keen on any of the three-cylinder machines like the Yamaha MT-09 or Triumph Street Triple, and felt the GSX-S1000 was a bit too much for me at the moment.

I do three to four thousand miles a year, and use my bike for summer commuting, weekend blasts and a bit of touring as well – I had a weekend away to ‘Thunder in the Glens’ in Aviemore and covered some brilliant roads in the Cairngorms (the one over the Lecht ski centre is a peach).

What would you change about it?

That standard exhaust has got to go! I’m saving up for a nice Yoshimura can, and I’ll also be adding a few other extras, like crash bungs, tail tidy and a fly screen.

What’s the best thing about it?

Suzuki knows how to make a good-handling bike; The whole "apex predator" marketing thing is a bit cringe-worthy, but it does turn in superbly, and allows you to pick and hold your line through the twisties.

The front forks give excellent feel and inspire confidence, and while the engine may be a 10-year-old design, it’s been re-worked perfectly to fit with a fun, naked middleweight. For me around 100bhp at the rear is plenty for the road and allows you to make use of the bike’s full rev range. And the induction noise on full throttle is epic!

This is the first time I’ve had a bike with traction control, but it’s not intrusive at all – I do see the light flicker from time to time, and it’s good to know I have that safety net. Oh, and the one-touch start is also really cool as I can fire up the bike with one finger rather than two hands. 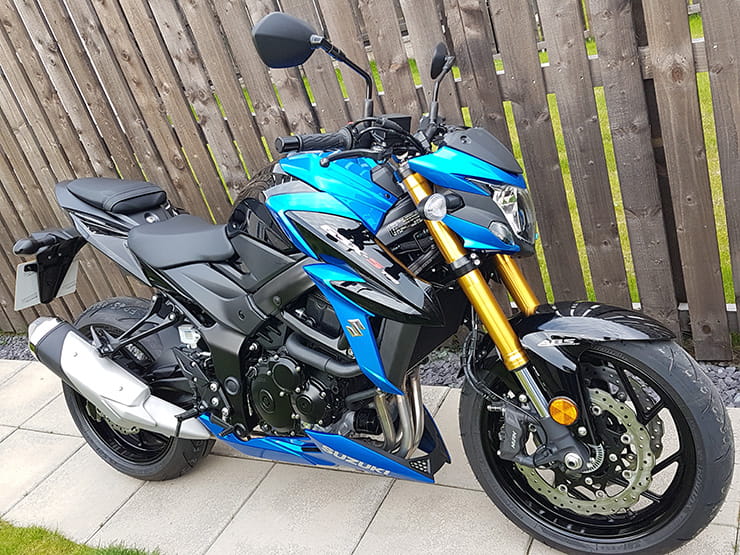 The seat gets a bit uncomfortable after more than two hours in the saddle as it’s a bit on the firm side, and the side stand is really cheap looking; the actual foot print of the puck is pretty small.

Fuel economy is good – I get about 140 miles per tank – and appreciate having a fuel gauge; the Gladius only had a reserve light. Insurance is also very reasonable, being only about £50 more a year than my last bike.

I expect the servicing to be a little more expensive because of the bigger engine, but I’ve had no issues whatsoever so far.

I'll keep it for most if not all of the duration of the PCP deal I bought it on, and in two or three years the next bike I buy will probably be a cruiser – something like the new Indian Scout Bobber, or maybe a Ducati Diavel.

I couldn't live with a full-on sportsbike; I had a ride on my mate’s CBR600RR and my back/wrists were in bits after half an hour. The GSX-S750 isn’t the fastest, lightest, or even best-looking naked middleweight, but for what I wanted it’s the best all-rounder.