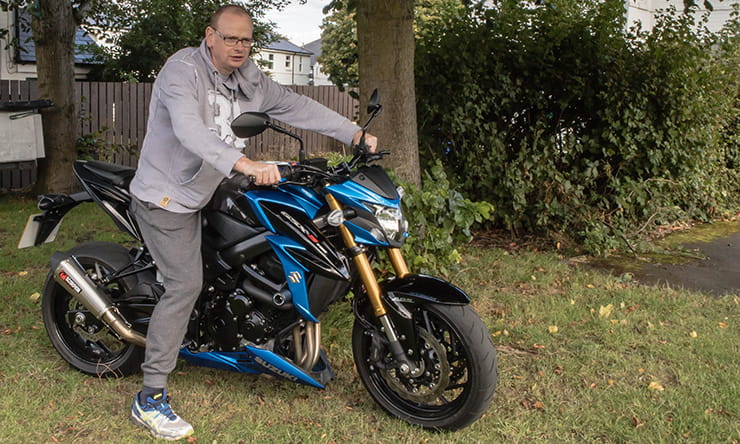 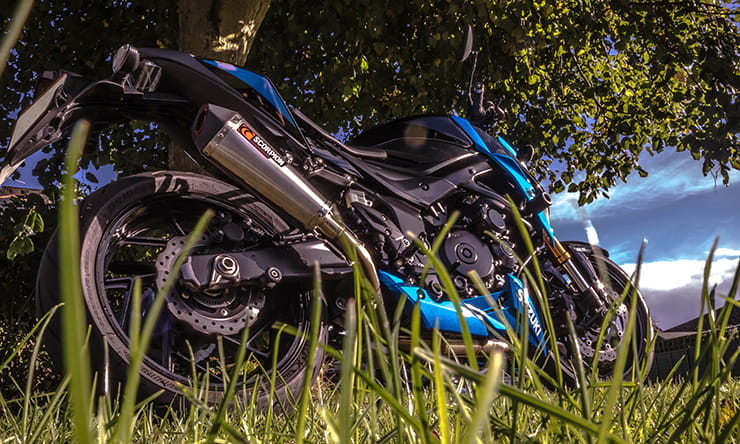 John Armitage from Newcastle-upon-Tyne bought his blue (the best colour, he says) Suzuki GSX-S750 from M&S Motorcycles in August 2017. Riding for 30 years, this is what he thinks of the middle-weight street bike…

Tell us why you bought it…

I've had more than twenty bikes, but they’ve mostly been Suzukis – the last one was a 2016 SV650A; a cracking little machine, though I was looking at a GSR750 but couldn’t afford one so opted for the SV.

The SV just wasn’t enough though… I wanted something a bit bigger and a bit faster. I didn’t regret buying it, but still fancied the GSR, so when the new GSX-S came out I had to have one.

I've got a car but choose to ride the bike as much as possible for work and social. I've only done just over 750 miles so far – it’s due its first service – but there’ll be a lot more to come… 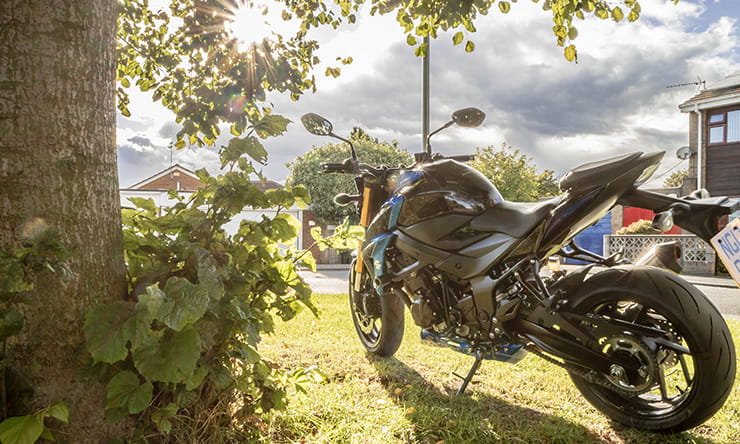 What would you change about it?

I swapped the standard exhaust for a Scorpion can straight away, as well as fitting R&G bobbins and bar-ends, short levers, and Evotech crash bungs. I got a tank pad designed for the GSX-S1000 because there was nothing available from Suzuki at the time.

Future mods will include braided brake lines, screen, tail-tidy, radiator cover and perhaps a new seat. One other thing I’m considering is getting the rear plastics painted blue – there's too much black on the bike!

What’s the best thing about it?

I love the handling on the standard Bridgestone tyres, the noise it makes is brilliant, and for an old man the riding position is spot-on. It’s pretty fast too. Not that I speed and break the law in any fashion officer.

Not five minutes into my journey after picking it up from the dealer I decided that the seat was awful. It’s getting a little better as it breaks in, but I reckon it's still bad. 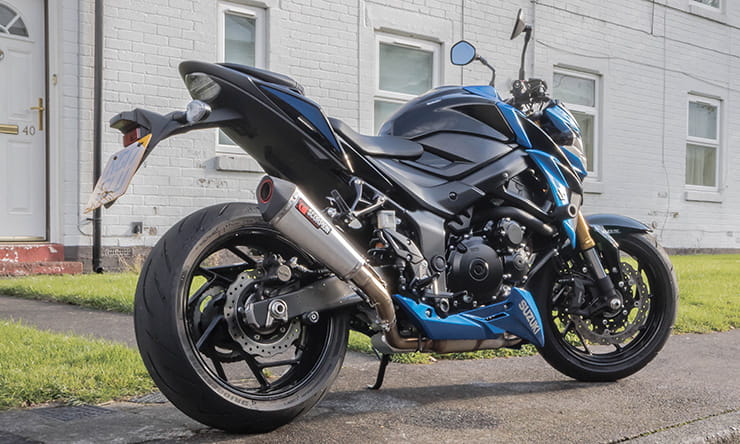 Great – I’m getting about 160miles out of a tank, and I’ve had no real problems, though while the bike was running on my paddock stand the engine management light came on; even after a short ride up the road it wouldn’t go out. There was no loss of power in any of the rider modes, and after starting the bike several times it did go out and has been fine since.

Talking to other owners – one riding a 2015 GSR750 and the other a GSX-S750 they say it's normal. It’s down to the ECU getting confused by the front wheel not moving for a long period while the rear is. John, Consumer Editor

I really like this bike, but if I had to be pushed on what I’d swap it for, it’d probably be a Suzuki GSX-S1000. 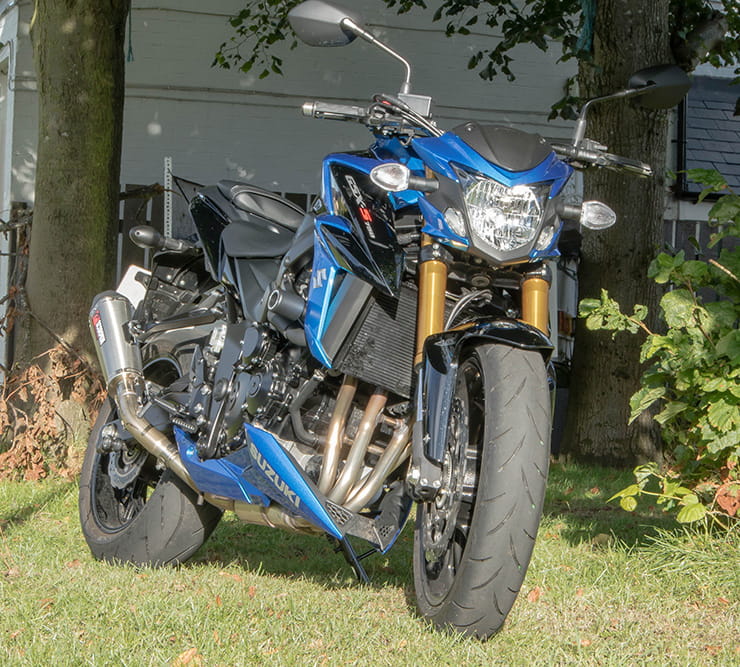