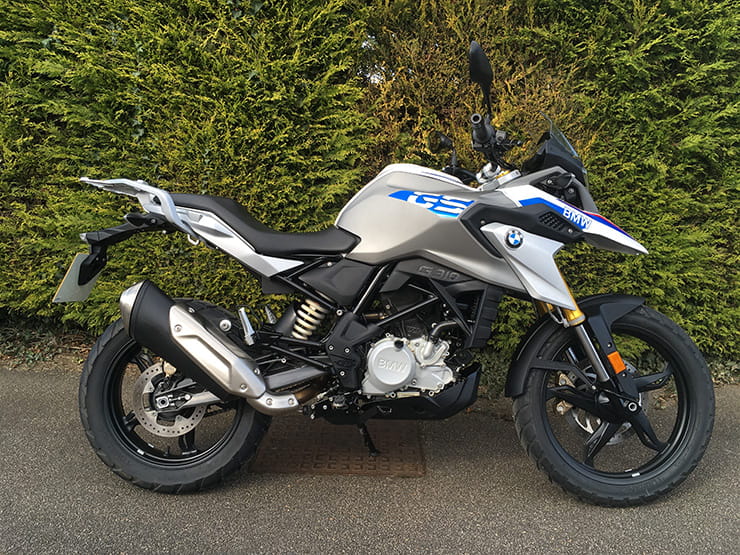 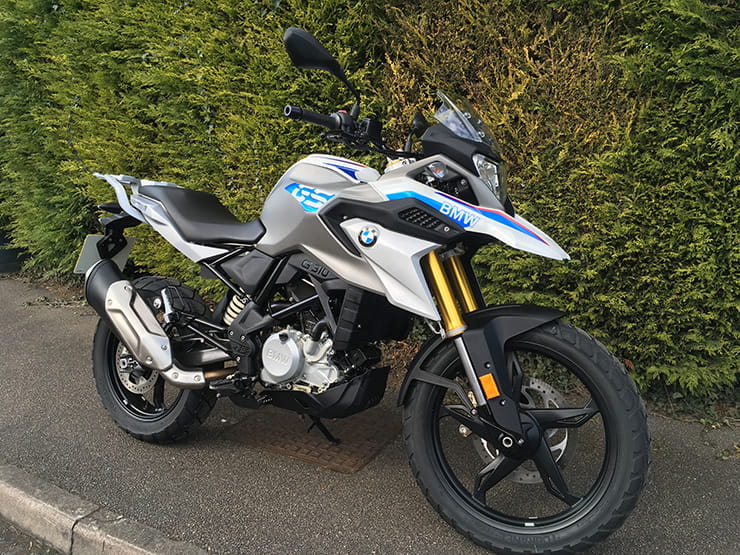 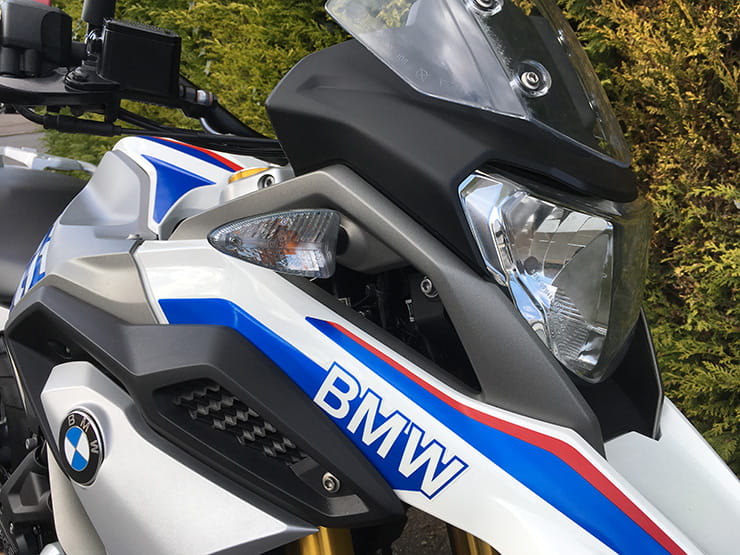 Having been on the launch of BMW’s little adventure bike, I wasn’t going to be in for any surprises. Which makes it all the more strange that people have been asking “why the hell did you get that?” when told twhat I’d chosen to ride for 2018.

I have some friends who are truly amazing riders – Jon Pearson is an incredibly talented on and off-road rider. If I was him, and wanted a BMW to ride on all the roads and trails I could find, I’d probably have an R1200GS. But I’m not him. I have a KTM 1050 Adventure of my own that I love riding on the road (it’s quick, it handles beautifully, and it carries everything I need with ease)… I’m just terrified of it off-road. 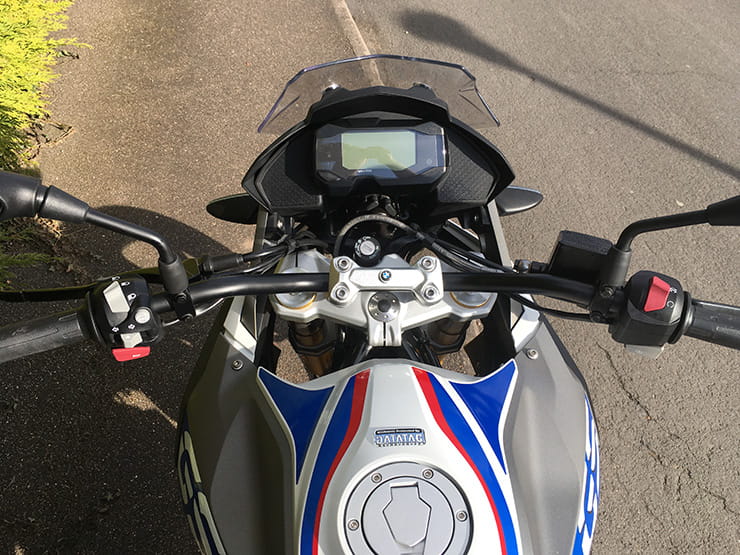 At the launch of this single-cylinder, Indian-built BMW, I was stunned by how easy it was to ride off-road. I truly loved it, and as soon as I got back, I started hassling the UK public relations manager for a loan machine. This was a bike that I could use to commute, to scratch around back-roads, and to explore green lanes and trails.

I do understand why some other journos might turn their noses up at this thing – it only makes 34bhp and 21lb-ft. It’s only got one Bybre (Brembo’s budget arm – ByBrembo) brake caliper, and it sounds asthmatic. When the most exotic machinery is potentially a phone call away for the motorcycle media, why chose this? 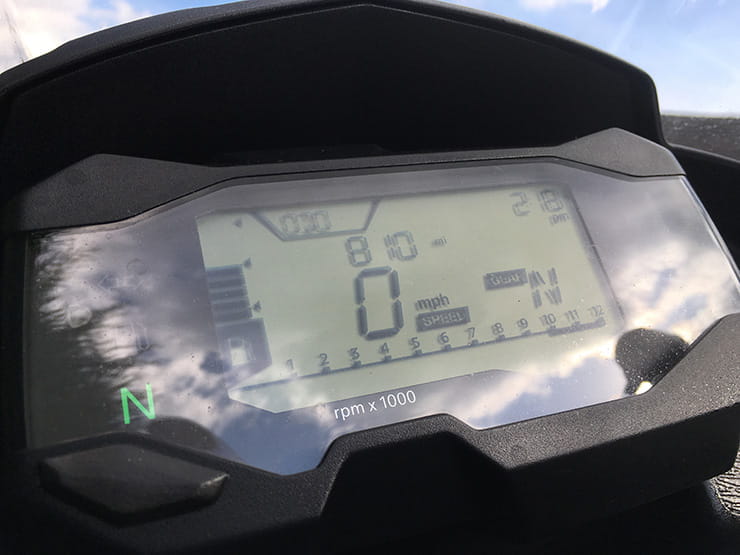 Why? Because I think it’s an interesting machine to write about, it’s relevant as bike get ever more powerful and heavy, and as I said in the original review, I’ll be able to get more out of this than I would a bigger BeeEmm that’s too intimidating to me to really explore on.

As I write this, I’ve just taken the bike home, but already I’m reminded of the 169.5kg mass (fully fuelled) being so easy to manoeuvre thanks to the super-tight turning circle, and being a doddle to push around the garden. I’m confident on this thing, and I can chuck it around unlike what others might call a ‘proper’ bike. 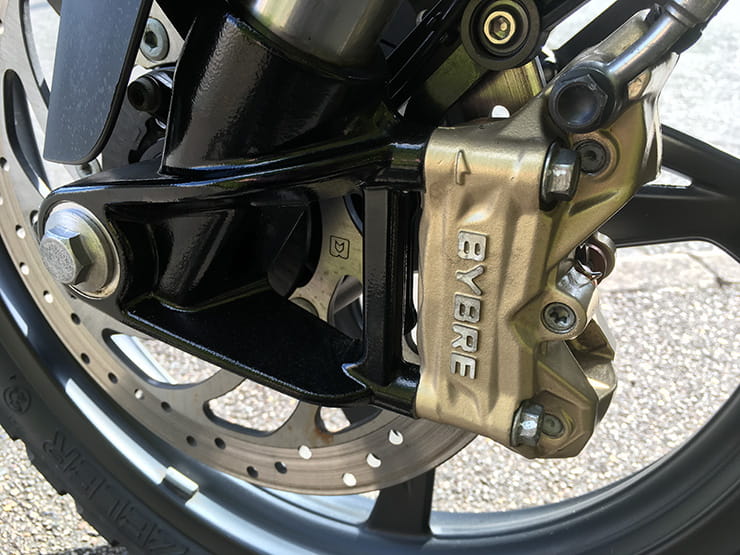 I’ll be putting plenty of miles on the mini-GS over all kinds of roads, and track an dirt, but first impressions are outstanding, even though I knew roughly what to expect having ridden it in Spain. For a start, I’d forgotten there was a quality cast aluminium swingarm, and that the frame is very well constructed with neat welds and a great finish; maybe TVS – India’s third largest motorcycle manufacturer – does actually know what it’s doing, and the staff in the dedicated BMW production area should be given some respect. Oh, and the subframe is plugged at the ends under the seat, unlike some much more expensive bikes I could mention, so moisture shouldn’t be able to run down inside and cause corrosion over the years. 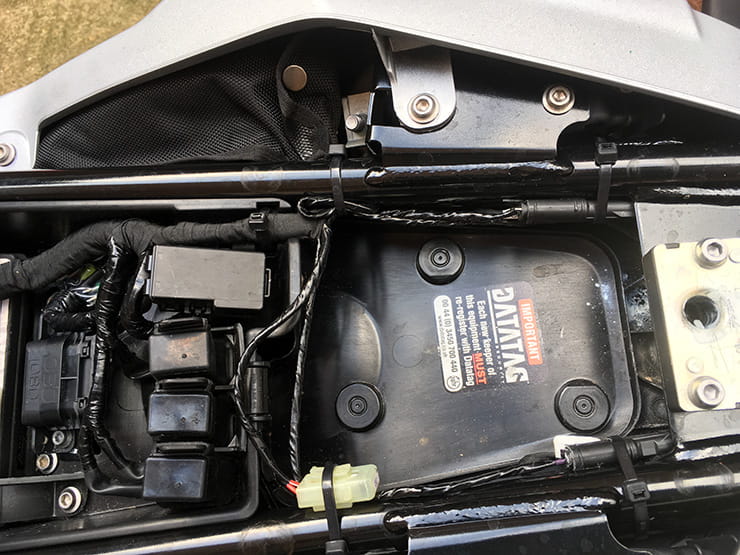 Sure, there are bits that aren’t great, like the agricultural rear brake hanger or the cheap-looking cast wheels, but these are minor points to me – what matters is that BMW seems to have allocated the budget where it really matters; in quality construction, decent plastics, braided brake lines, useful clocks, a shield to protect the shock from mud and debris and a great riding position. The seat might be a little soft, but at 5’10” I find the ergonomic triangle – along with the bars and pegs – to be comfortable and confidence-inspiring.

The seat is easy to remove and replace (on my KTM it’s a right faff to get it back on), and there’s just enough space under the seat for a small lock and some bungee straps (if you move the tool kit to the inside of one of the tail panels). 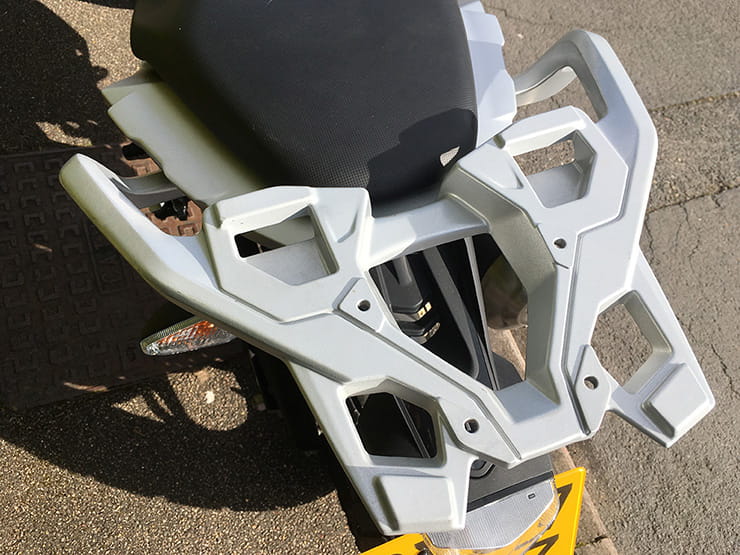 The rear carrier should prove pretty versatile, and the grab rails are great crash protectors

Not that you’ll be able to carry a great deal – a sticker on the frame says 0kg for panniers and 5kg for a top-box. Still, the cast aluminium rear carrier with integral pillion hand rails is easy to strap stuff too (there are loops underneath) and protects the bike in a crash (as I found out on the launch). We all know that manufacturers have to be over-cautious with the stated carrying capacities; at 82kg, I’ve got 93.5kg left to play with of the 345kg maximum payload (including the bike) printed on the sub-frame. Even if I take my wife out, I could get more than 30kg of kit on there and still be within the limits. 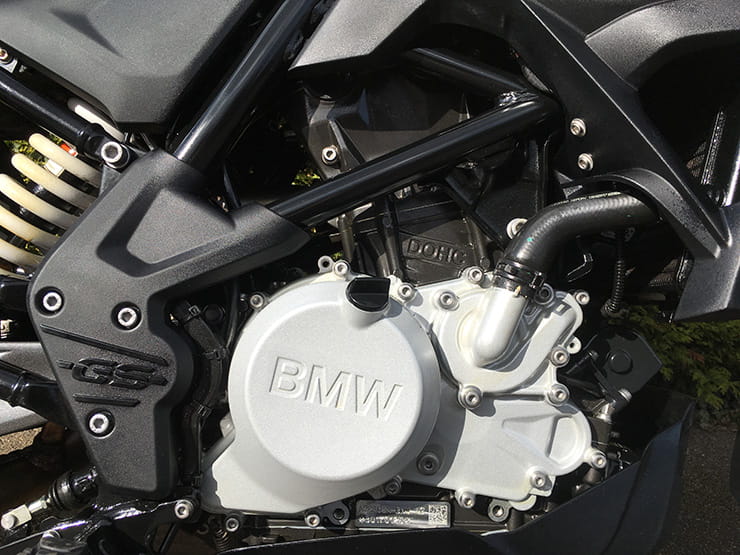 The first thing I’ve done is to spray the bike with XCP Rust Blocker, to protect it from all the salt that’s still on the roads, and because I think this a truly great-looking bike. Despite the fact it’s going to be well used, I want it to stay that way.

I love riding something slightly different, something I can be passionate about, and get the best from – from my 99bhp (measured at the rear wheel) KTM, to my 9.18bhp (measured too) Honda MSX125, and now this – I enjoy a motorcycle that makes me feel like I know something the others don’t. Something that’s got a special spark, and while this isn’t the cheapest bike available, by BMW standards it certainly is. It just doesn’t feel like it.

• Really nimble and easy to ride

• It does sound asthmatic

• I haven’t got luggage for it yet, and need it