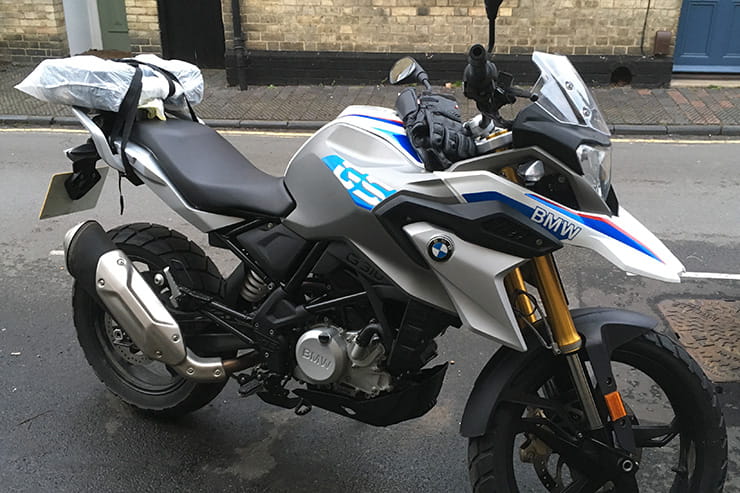 It’s getting boring now… every time I catch up with journos from other mags and websites, they ask “why did you get one of those as a long-term test bike?” I always say the same thing; “Because it’s light, easy to ride on any surface, and bloody good fun.”

They try to tell me that it’s going to be too slow on motorways, or that it’s too vibey. Sure, it’s not as quick as a lot of other bikes, but does that make it useless? 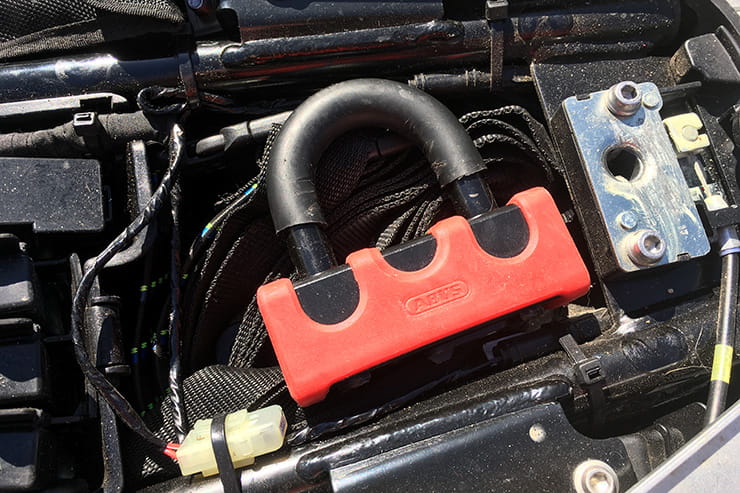 Going places on the G310GS

I had a 70mile journey (each way) to do the other day – some back roads, but a lot of single and dual-carriageway A-roads. I wasn’t worried about taking a machine with ‘only’ a 313cc engine (it was going to be easier than the 120 miles plus track time I did on my MSX125, but would it be so vibey as to make it a misery? I doubted it, as on the launch in Spain I made a point of putting some miles in on the motorway.

It wasn’t too vibey.

It’s a single, so you’ll feel the engine, and it’s working hard at motorway speeds, but I honestly think it’s fine. The mirrors get a bit blurry, but so do those on my 1050cc KTM V-twin. The pegs, bars and seat were all absolutely fine on my feet, hands and bum. If anything, the seat’s a little soft, but it’s far from the least comfortable I’ve used. 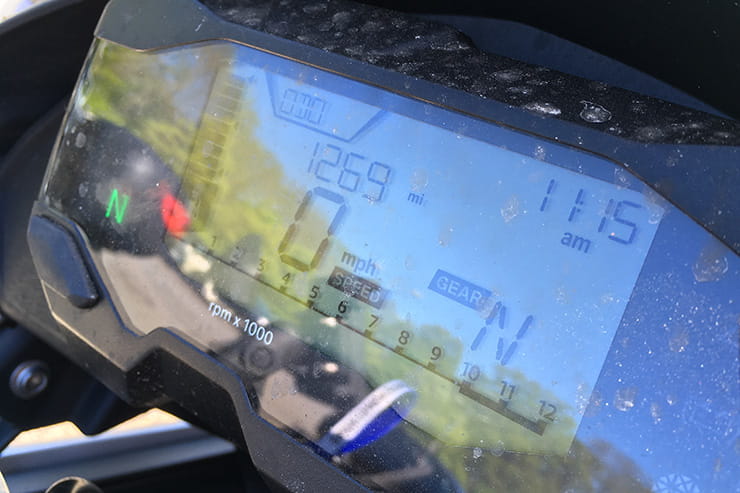 The clocks are clear and well laid out, with the control buttons built in

Okay, it’s not going to win many drag races, but 80-85mph is easily reached. Up-hill sections of motorway can see you drop to 80mph, but realistically the little BMW is fast enough.

According to a multitude of satellites monitoring my progress on the sat-nav, 70mph on the speedo is actually 68mph; so it’s a pretty accurate display.

Shifting between the options on the neatly designed LCD does require reaching over the bars to get to the buttons, but the lack of bar-mounted controls is a small price to pay for the relative value of this mini-GS – the budget has been spent on a quality aluminium swingarm, braided brake lines and decent plastics; I’m fine with that.

Of course the single-cylinder motor has none of the punch of a bigger bike, but if you’re looking for a speed thrill, or a high-powered Autobahn machine, you’re unlikely to be reading this in the first place. The performance of the G310GS is perfectly suited to a light motorcycle that’ll be bought by those looking for easy access to trails and green lanes, that’s manageable in the city, or even a capable worldwide adventurer where speed isn’t the goal. 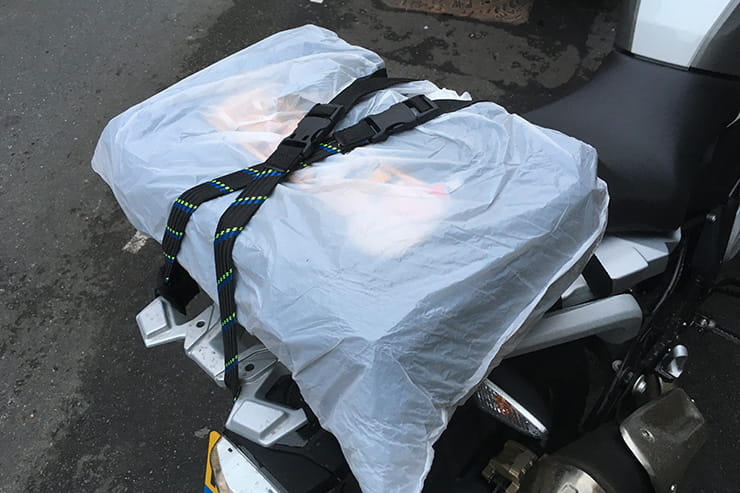 Strapping stuff to the rear rack is easy

Givi is developing a rack for it, so hopefully I’ll be able to get a top box on here at some point soon, but until then, the luggage rack with integral hand rails provides a decent platform for strapping kit down with bungees. 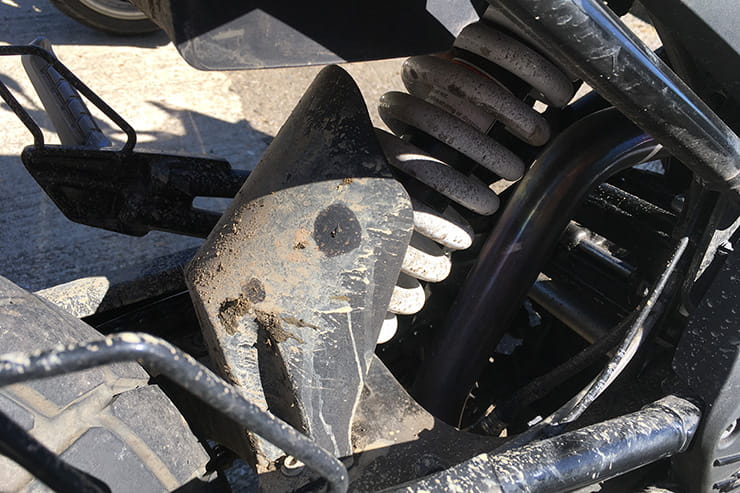 Little details like an effective shock guard should be applauded

More I’ve learned about the mini-GS

Being so light and nimble, it’s a piece of cake turning this bike around when you take a wrong turn. Even if you end up on the verge, it’s never a worry; as a KTM 1050 Adventure owner, I should be fine with a little grass-based detouring, but that machine is so bulky, I can’t help but be nervous of losing my footing.

Equally, the GS is really easy to move around in the garage – if I need to tuck it tight against the wall I can easily pick the back up and move it.

One thing that doesn’t inspire confidence is the starter; thumb the button and the engine sounds like it’s going to catch, but let go too early and it’ll die. You’ll soon realise that you just need to wait until it fires fully, (hey, it’s a single, so there’s half the chance of it firing per revolution than in a twin).

Would I recommend one?

I still would, very much. If you don’t need to go fast, and you want to explore off the tarmac (but you’re not an off-road god), it’s a great option. I’m looking forward to putting a lot more miles on it.

• It’s a bit hesitant to start

• It doesn’t sound that great (might try to fix this…)