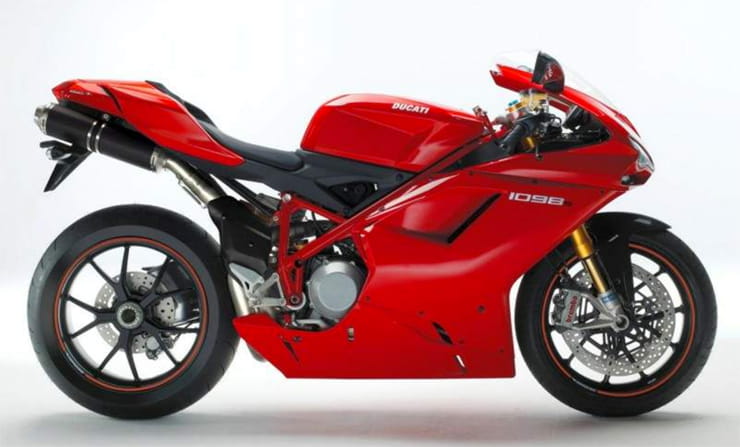 With the recent announcement that Ducati will abandon their V-twin range to instead develop and race a V4, the 1098 is almost certain to increase in value, meaning now is the perfect time to buy one of these fabulous bikes. Not only is the 1098 the last of the belt-driven cam models (alongside the 1198), it is also one of the most enjoyable to ride as well as looking absolutely fantastic thanks to a modern take on the elegant 916-silouette. What’s not to like?

Launched in 2006 on the back of the 999 disaster, the 1098 took Ducati back to what they did best – build great looking sportsbikes with bags of character. Powered by the new Testastretta Evoluzione motor, in many ways the 1098 feels and acts a lot more like a Japanese machine than a traditional Italian one, but this is no bad thing at all. In fact, it is a very good thing indeed!

When you ride a 1098 you not only get that lovely lazy V-twin power delivery, you also get a serious amount of poke. With a claimed 160bhp and 90.4ft.lb of torque, the 1098 is more than a match for the Japanese inline four litre bikes of the era and yet it doesn’t feel anything like as intimidating to ride and that makes it special. And it handles far more naturally as well.

Riders switching from inline fours to the 916 and 999 Ducati models always find their slightly sluggish turn-in speed a worry. With the 1098, Ducati concentrated on removing this feeling and as a result the 1098 is far sharper steering than any previous V-twin model. Add to this some of the best brakes to ever grace a motorcycle and it all adds up to one very special bike. And one that thanks to its less abrupt throttle response, is actually a nicer machine to ride than its successor, the 1198, as well as being cheaper to buy. What’s not to like? 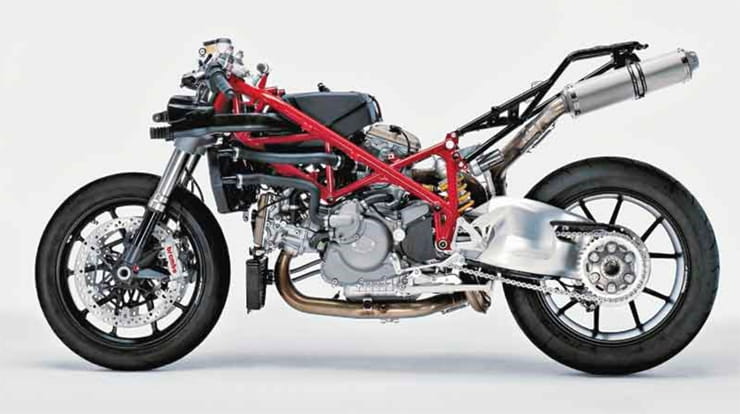 The 1098 marked the arrival of the Testastretta Evoluzione motor, an engine that moved Ducati into a new generation of reliability and improved service schedules. Compared to the old Testastretta Desmoquattro it really is light-years ahead and that shows up in the relative lack of mechanical issues. Service intervals are every 7500 miles or one year and the belts need changing every two years, but the valve clearances only need checking when it reaches 7500 miles (or a multiple of) and that’s a big saving on the old motor, which needed its valves checked irrespective of use. If you get a bike with a good service history, you need not worry about the motor as it is very robust if serviced correctly. However the chassis is another story…

The swingarm collects water on early models and can cause the lower shock mounting to rust. This can be sorted by drilling a hole in the swingarm and ensuring the nut is lubed (later models have a modified swingarm with a drain hole) but always check this area. Also, as on all single sided swingarm bikes, check the eccentric adjuster isn’t seized solid and that the pinch bolts haven’t been over tightened. Getting all medieval on these bolts can not only damage the eccentric adjuster, it can actually crack the swingarm itself.

When it comes to electrical issues, many of the 999’s demons have been banished but the fuel pump and ignition relays continue to be a problem on the 1098. Mechanics recommend you swap them at every service and as they only cost a few quid each, this is good advice. Other than these small irritations, and the fuel tank breather furring up causing the tank to lose power due to fuel starvation, the 1098 is very solid. 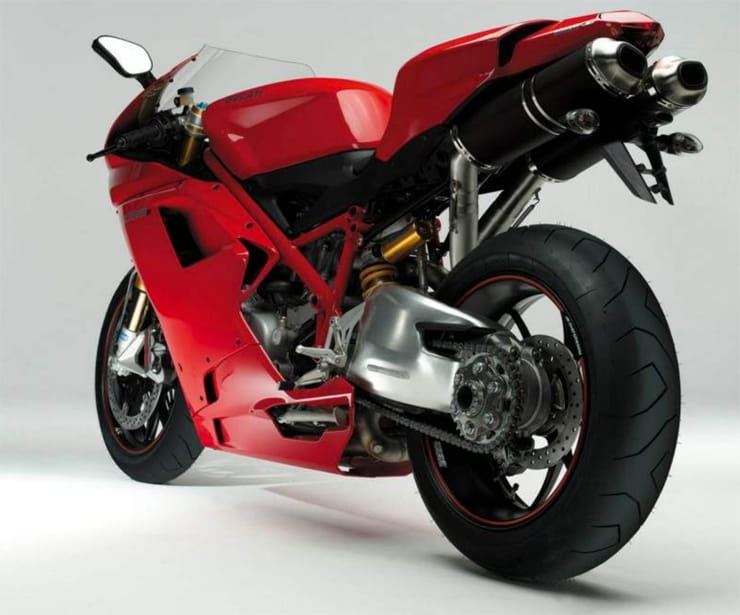 The Ducati 1098 was launched in 2006 alongside its higher specification siblings the 1098S and a little later the 1098R. It only ran for two years before being replaced by the 1198, which as well as a larger capacity engine brought with it the introduction of traction control (taken from the 1098R) on the 1198S models. Engine-wise, the 1098S is identical to the stock 1098 model, however the S version adds Öhlins suspension, lightweight Marchesini wheels and the Ducati Data Analyzer (DDA) datalogging system to the party. DDA can be retro-fitted to the 1098 as it is just a memory stick. The 1098R is a totally different machine to the stock 1098 as it was the firm’s homologation special and as such comes loaded with goodies and has an engine that as well a being 1198cc, is packed full of exotic and expensive components to help it win WSB – something it achieved in 2008 in the hands of Troy Bayliss and again in 2011 with Carlos Checa. 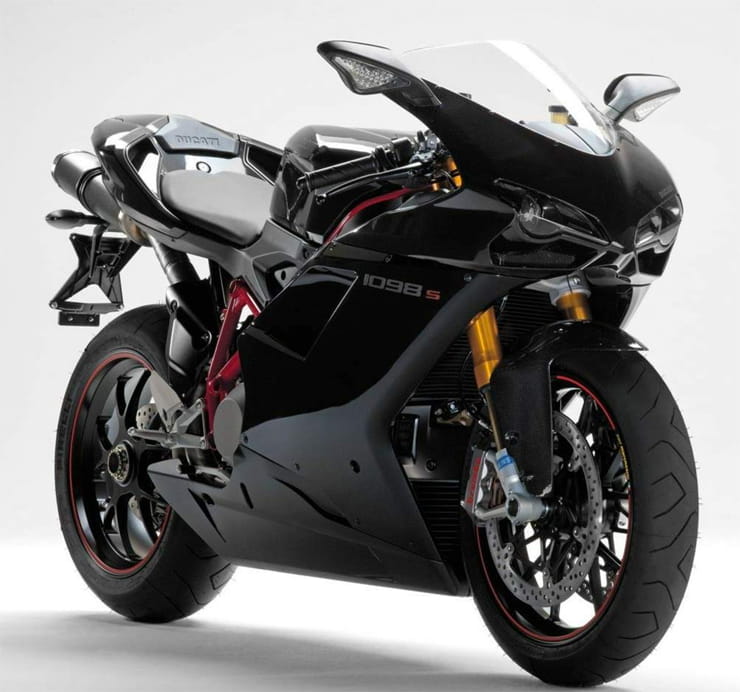 Where the 916 and 999-style of Ducati models have seen used prices surge, the 1098 is yet to really turn, which is good news for used buyers. That said, they are holding their prices so you are unlikely to uncover a bargain. As with all Ducati models, the higher specification S version is the more desirable bike, but the 1098 is still quite a pricey machine. You can find a tatty 1098 for in the region of £5000 in a private sale, but most dealers will be looking for in the region of £5500 for a well used one and more likely nearer to £6000 for a tidy bike. A real beauty will be in the £6500 area while a late model may just tip over £7000. Prices for the S version start at £7000 and rise to £8500 while the 1098R starts at an eye-watering £15,000 and can go up to over £25,000 for low mileage machines.

www.ducaticoventry.com/ - The guys at Ducati Coventry (which also houses John Hackett Performance) are experts on Ducati sportsbikes. If in doubt, give them a shout as their service department are geniuses when it comes to making Dukes work properly.

http://ducatiforum.co.uk/- An active Ducati forum that is based in the UK, however if you want a bit more of a social scene, check out the Ducati Sporting Club at www.ducatisportingclub.com/ 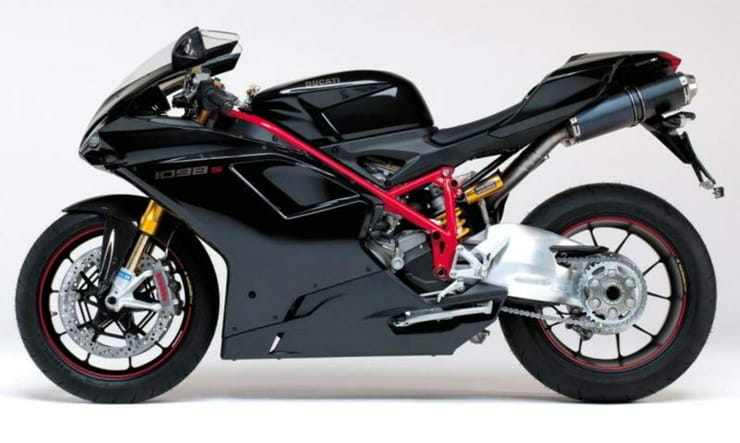