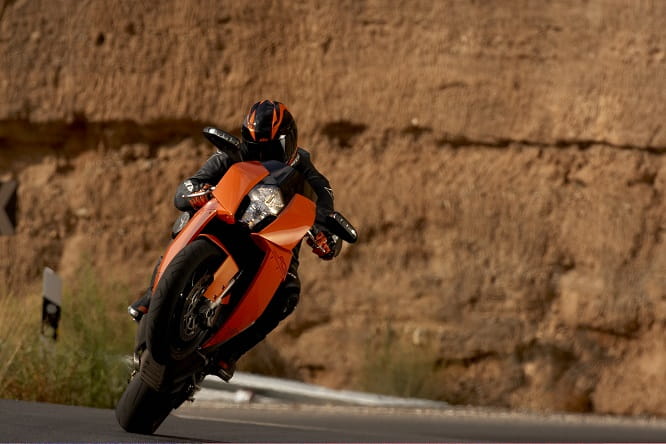 There hasn’t been much publicity about the fact, but this year production has stopped on KTM’s first superbike, closing the chapter on a project that promised much – but in the end failed to deliver. So why did the RC8 ultimately flop when, on the face of it, this Austrian superbike had so much going for it?

The RC8 first broke cover in 2003 at the Tokyo Motorcycle Show as KTM, in typically brash style, decided to unveil its concept superbike at the Japanese manufacturer’s home show. The fact this off-road manufacturer (you have to remember it wasn’t until the 2003 Adventure that KTM built a large capacity road bike) dared to pull the covers off a superbike was enough of a talking point, but when people saw the RC8’s futuristic styling the headlines went into meltdown. The question on everyone’s lips was when could they buy one. Unfortunately it turned out KTM were a long way from actually building the bike. 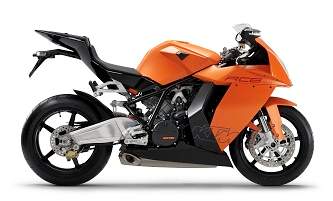 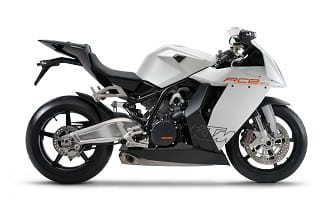 Distracted by their V4 MotoGP bike, it wasn’t until 2009 that KTM made the RC8 a production bike, by which time buyer’s enthusiasm had cooled. The fact the GP project was a failure certainly didn’t help matters, but Ducati releasing the stylish 1098 to replace the controversial 999 also played its part in harming early sales. And then there was the RC8’s performance…

With WSB rules now allowing 1200cc V-twins, Ducati had upped their bike’s capacity to 1099cc (or 1198cc for the R) while KTM gave the RC8 an 1148cc size. All should have been good, but the smaller Ducati made more power than the KTM and that was another kick in the proverbials for the Austrian company. A kick that felt even harder when early RC8’s were struck with gearbox issues and then Ducati released the even more powerful 1198. Undeterred, KTM unveiled the RC8 R with 1195cc and continued to squeeze more grunt out of their RC8 engine throughout the years. However, despite their best efforts, the RC8 failed to gain the kind of momentum KTM were hoping for and now the project has been shelved. So what makes this superbike that never actually made the WSB grid a future investment? 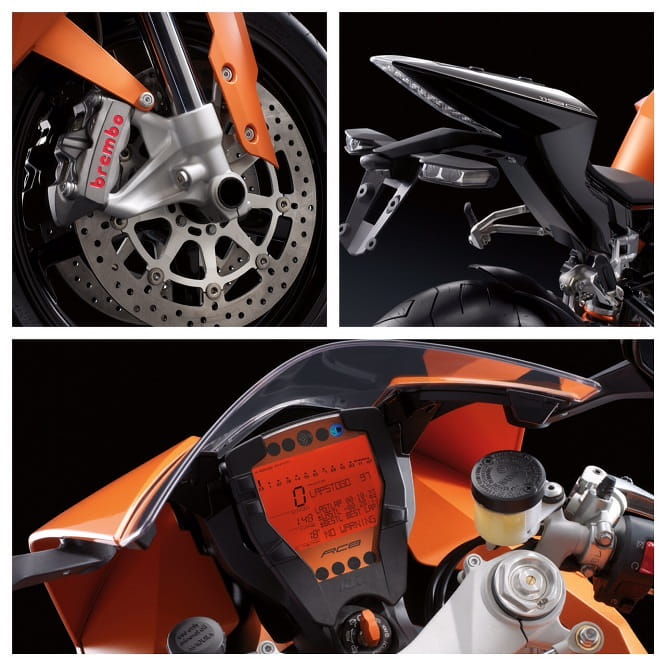 There are several facts that make the original RC8 a sure fire future classic. Firstly, KTM are an incredibly forward thinking company and as such don’t really bother keeping a stock of their old models in anything like the same way that Ducati do! Believe it or not, Gerald Kiska, the man who is responsible for the look of all modern KTM bikes, used to have an original 950 Adventure. About a week after he sold it KTM called him up asking if they could buy it as they didn’t have one! Secondly, KTM are on an enormous growth spurt at the moment and are already Europe’s biggest motorcycle manufacturer. Developing the RC8 was a huge moment in their history and you have to assume that in a few years time collectors will clock onto this fact. And finally, well, come on, just look at it! The RC8 was a design icon when it was first released and can still hold its head up high nowadays. It may not be classically good looking like a Ducati 916, but it remains unique and that is certain to tempt future buyers in much the same way the Ducati 999 has seen a resurgence in its popularity. In a few years time, when KTM are punching out 250,000 bikes a year (yes, this is one of their targets), collectors will be searching out pivotal bikes in the firm’s history. Irrespective of its lack of race track success, the original RC8 was certainly a pivotal machine for the guys from Austria. It’s also a bloody brilliant road bike and looks awesome in orange.

http://www.ktmforum.co.uk - A UK-based KTM forum that isn’t just all about knobly tyres and off-road!

http://www.premierbikes.com This Didcot-based KTM dealer bleeds orange blood and knows everything about the Austrian bikes.