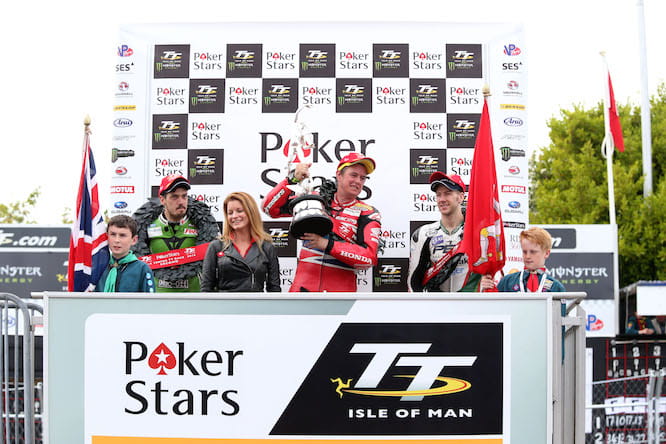 Plans to launch an Isle of Man TT World Series have been put on hold by the island’s Government in order to focus on the growth of the TT and Classic TT.

A proposal for the TT World Series, which would see Isle of Man TT-style events take place across the globe, was put together last year. After shelling out in the region of £200k for a feasibility study, the Isle of Man Government began looking for an external promoter to take on the series, which would include the TT itself.

A tender for an external promoter opened and closed, with the successful party expected to be appointed by the end of this year with the World Series set to kick off in 2017. However, the Isle of Man’s Department of Economic Development has put the brakes on the project and is now set to launch a new tender process for an external promoter to take over the Isle of Man TT and Classic TT in the next year.

“This has always been a relatively high risk idea,” said Laurence Skelly, Minister for Economic Development. “Indeed, some people have voiced concerns that the TT Series might fail or might dilute focus on the Isle of Man events, either of which could harm the TT and/or the Island’s economy. Our Department therefore considered very carefully the bids to see whether we could be confident we could deliver the proposed TT Series while managing the risks.

“Government must be mindful of the importance of the TT to many other stakeholders including local businesses, so our Department has applied a higher threshold of risk than say a private organisation would apply. We have therefore decided that the best way forward is to focus on growing the home events and making them more appealing. As we strengthen our events on the Island and the TT’s brand internationally, we will continue to monitor the global motorsport market so that we can pursue the TT Series concept as and when we feel the time is right.

“We have therefore decided that the best way forward is to focus on growing the home events and making them more appealing.”