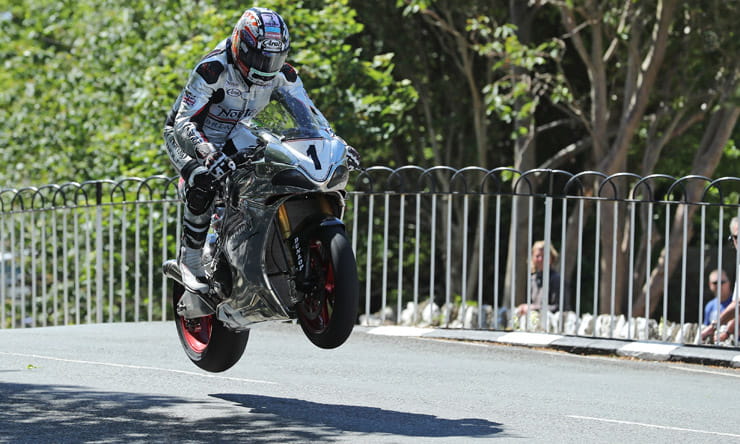 The Norton team are very happy campers this week.

Only hours before the opening race of TT 2017 team director Mick Grant said that the lack of practice had seriously hindered the team’s potential in the first race of the TT races. The Norton team would instead focus on getting the bikes right for the Senior.

But he was pleasantly surprised. Despite problems with gear selection and hardly any track time, Australian Dave Johnson raced the Norton to seventh place with a fastest lap of 128.9mph. Mick Grant had this to say after the race. “It was fantastic. I was watching from the pits but I would have loved to have heard it coming up Cronk-y-Voddy. We had a problem on lap one but overall it was fantastic and gives us a new confidence for the Senior. We know from the data we’ve got back from the Superbike race what we need to do for Friday.” Friday's senior TT is the crowning glory of the Isle of Man TT races, a top 10 result in that would be a phenomenal result for the team.

Norton’s other rider, Josh Brookes, finished eighth in the race, which is impressive given the Aussie’s absence from road racing over the last two years. Between now and the Senior TT Norton will focus on getting the chassis right. Critics have attacked Norton for its use of Aprilia engines but Grant is quick to put paid to that. “In 1907, when Norton raced at the first TT they didn’t have their own engines in.” Those early Norton machine ran with Peugeot engines, until the British marque developed its own engines. “These machines are prototypes and they are part of a development programme that’s helping the factory develop a road bike.” 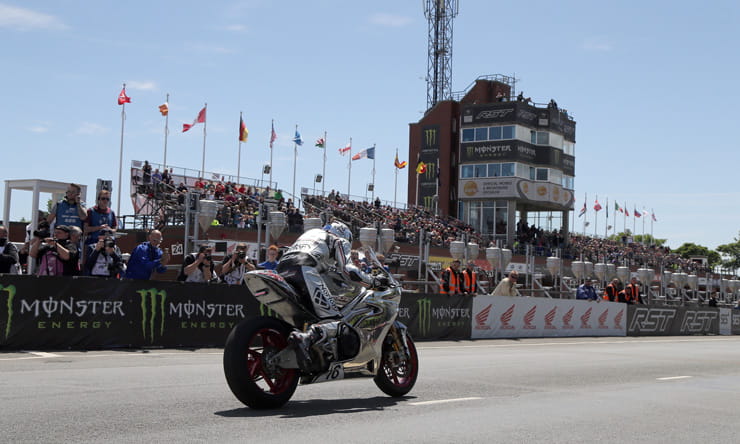 For Johnson, this week is about racing. “When I saw P5 on the board I thought they made a mistake and got me mixed up with Gary Johnson.” He soon realised it wasn’t a mistake. “I was really nervous at first, I didn’t feel prepared at all and being the first out on the track was nerve-wracking too,” he said. Eventually he settled into it. “I got to the mountain section on the first lap and suddenly I found my self-belief again and it was alright. I was having a great dice with Michael Rutter so was enjoying that.” All speeds were down on the Superbike race, no doubt owing to the lack of grip on the circuit. But Johnson had another issue to contend with during the race. “My left grip came loose so I had to nurse it from then on and that was playing on my mind a bit.” Johnson’s overall race average speed was 125.273mph. “I should be going down the road at about 129mph,” he said. “But I am really happy with the result.” Brookes’ overall speed was 125.011mph. The pair will race the Nortons again on Friday in the Senior TT Race.

With the Isle of Man currently battered with high winds and rain, keep up to date with any schedule changes on Twitter, @bennetts_bike and on the official Isle of Man TT website, which can be found here.