McGuinness and Norton confirmed for the NW200 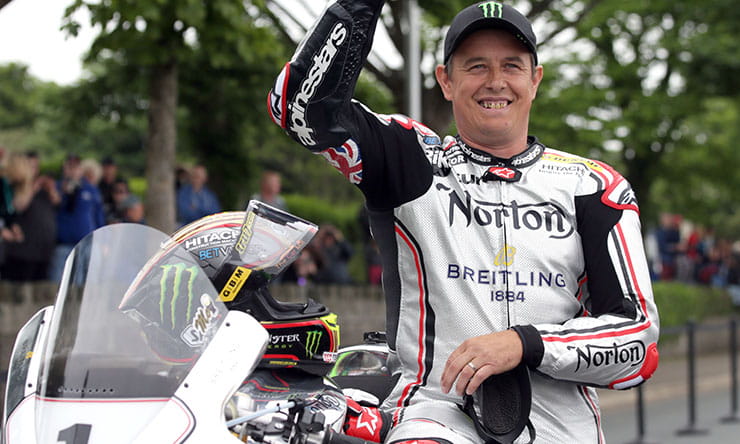 John McGuinness and his Norton team has sensationally confirmed they’ll be racing at the 2019 fonaCAB International North West 200 in association with Nicholl Oils next week.

McGuinness will ride both the SG8 and, making its racing debut, the new 650cc twin-cylinder Superlight machine, in the Superbike and SuperTwin races respectively. The 47-year old aims to builds his race fitness and understanding of the two new Norton race bikes for 2019, and will be Norton’s sole representative at the NW200 over the 8.9-mile Triangle course, despite the Leicestershire-based firm having signed up Peter Hickman and Davey Todd to join McGuinness as a three-man line-up at the Isle of Man TT next month.

Only last month, the NW200 Event Director, Mervyn White, released a statement confirming the race entry from Norton had been received but would only be accepted if the Superbike ran with a 1000cc engine – complying with technical regulations. When Norton confirmed it intended to race with a 1200cc engine, the organisers stated it would not be eligible.

As Norton makes its NW200 debut, at the events 90th anniversary, rather than its new 1200cc V4 engine, the team has reverted to the 1000cc V4 Aprilia motor used previously at the Isle of Man TT. 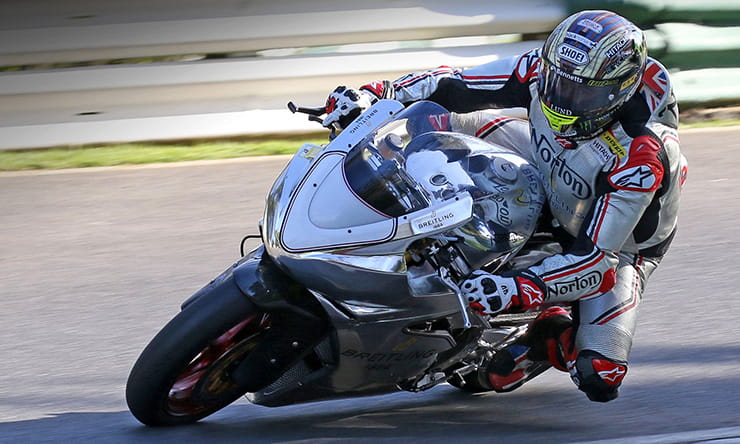 Above: McGuinness has been putting in the testing miles

“It has taken a lot of sorting out but it has all come together at the 11th hour,” said McGuinness

Returning to the scene of his horror crash at the same event in 2017, resulting in a leg fracture, four broken vertebrae and three broken ribs, the ‘Morecombe Missile’ returned to racing action at the Bennetts Classic TT in August 2018 winning the Senior race in the process. Yet, even after an intense period of testing the new bikes at a variety of UK circuits including Castle Combe, Cadwell Park and Rockingham, the NW200 sees the 23-time TT winner’s first competitive race on a 200+bhp monster.

He added, “I matched the times I did on the Honda when we tested at Castle Combe so the bike isn’t a million miles away. I am excited but I will be nervous as well, especially going into Primrose where it nearly all ended two years ago. I wouldn’t be human if I wasn’t.”

Meanwhile, Norton CEO, Stuart Garner, said, “It is great to take the Norton brand back racing there and to draw a line under what has been a dark chapter in John’s career. If we can get a respectable result as well we will be over the moon. A podium or a top ten finish would be great.”

The likes of Glenn Irwin, Michael Rutter, Dan Cooper, Jeremy McWilliams, Derek McGee and Stefano Bonetti will provide a stern test for McGuinness and the new Norton in the Supertwin class.