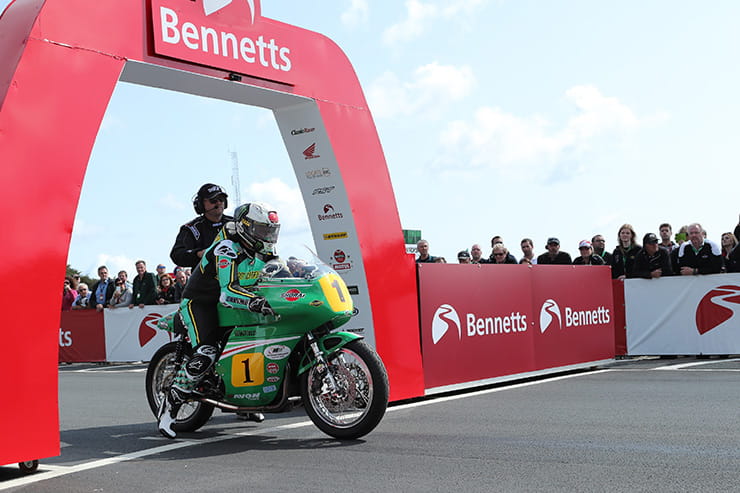 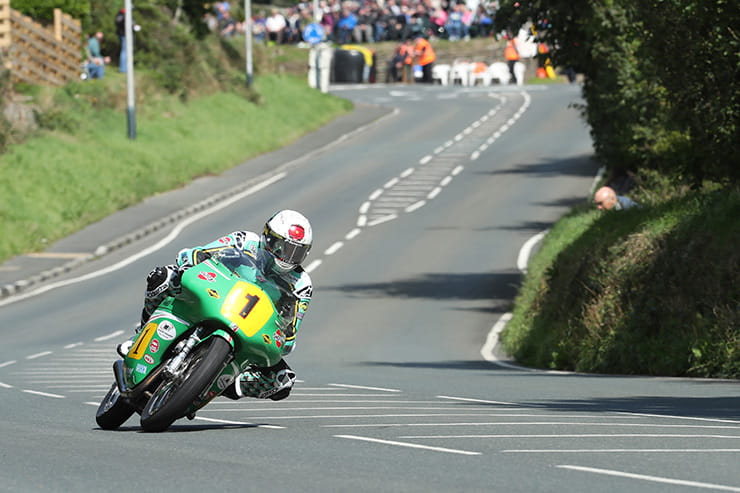 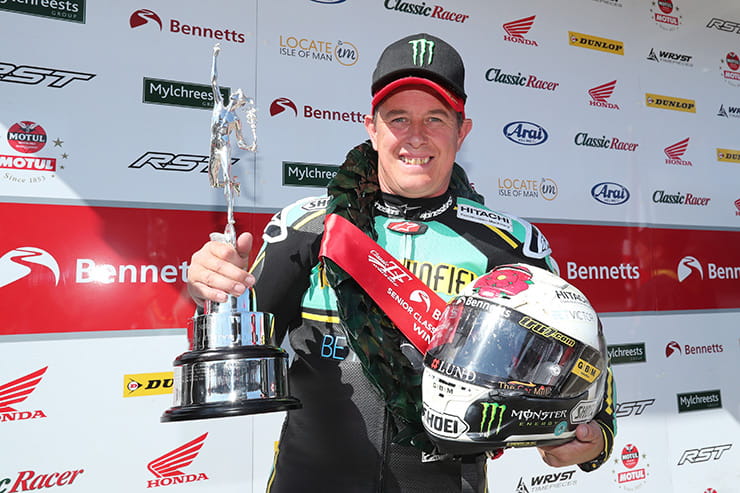 Fresh from making his return to race winning ways having taken victory in the Bennetts Isle of Man Senior Classic TT race, John McGuinness has already laid down the marker for 2019 with his eyes firmly set on making the grid on the Norton. And he believes he has a 134mph lap in him too.

The 23-time TT winner was making his making his comeback following his nasty and potentially career-ending set of injuries at the 2017 North West 200 and it didn’t take him long to find the top step of the podium after a dominant ride in the 4-lap Senior Classic TT on his Roger Winfield Paton.

We caught up with the main Morecombe man straight after his tribute lap to Mike Hailwood.

Tears on his winning return

“I was a bit teary-eyed going up the mountain on the last lap but I pulled myself together and had to think about hitting the apexes. There’s a still a long way to go and I didn’t want to over-rev it.

“I’m not mega bike-fit at the minute but this was the perfect bike to ease myself back into it and the icing on the cake was to win it.

“I’ve been dashing about trying to get my ACU licence and I’ve had the old Superstock bike in the back of the van faffing about, trying to do it myself a bit under cover but all I had in my head was to focus on winning the 500 Classic race.”

“I’ve got a contract with Norton for next year and today was probably the day when I realised I could still do it a little bit and if I was going to retire, now was the perfect time.

“I want to be on the grid on the Norton and lap the circuit at 130+; 132, 133, I don’t know. I need to get myself strong, bike-fit, you know the four-laps I just did were tiring. I know it’s only a little 500 but it still does 140mph and you’ve still got to wrestle them through the bends and at the end I was blowing a little bit, the old belly was resting on the tank so that’s something I need address and tidy up and if I can get myself in decent shape I’m sure that I can come back to the TT and go ok.” 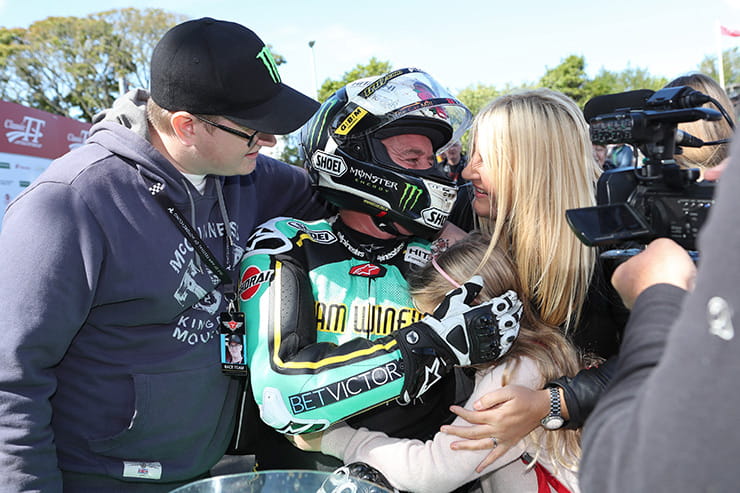 McGuinness to wife, Becky: “Can I do the Macau GP?”

“The proof is in the lap times and the speeds they’re doing. I’ve studied it and you can see the pattern of the guys who are really, really fast on the Isle for Man and if you’re not doing BSB or some kind of championship, you’ve no chance of winning a TT. Dean Harrison, Hickman, Conor, a lot of them are doing the British Championship and you can see it’s really, really sharpened them up and I’ve got to do the same.

“If I’m riding week in, week out, I’m sure I can get back to where I want to be but whether there’s a 135mph lap in me, I don’t know. I’ve been ‘round at 132.7 so with a little bit of effort and a little bit more of a push maybe I can get into the 134’s. Sometimes TT’s are won at a slower pace – I’ve just won that Classic race at 110 yet two years ago it was 113. That’s given me the bug again and to stand on the podium and to hear the national anthem and to look up at the grandstand with a silver lady in my hand – there’s no better feeling.

I even got a spin on Mr Hailwood’s Ducati which is another level of something that don’t happen every day. 40 years since he won and to ride his famous Ducati, it’s been an amazing day. I shall never forget it.”

“Ah, the Macau job. That’s a little bit delicate at the moment with the Mrs at home! I’m a racer, that’s my job, that’s what I do. A track is track and you ride them accordingly, I’ve done many laps around Macau. I went there for 18 years on the bounce and missed it in 2017. I’ve been offered a really good bike with some fantastic people. I fancy doing it, I’ll have to have a nudge at the Mrs!

“I’d like to do something, I’m going to the Goodwood Revival on the Manx Norton and then I’ll have a look at doing some more riding before the end of the year, I want to get out on my Norton and then if I feel happy enough and ready for Macau then we’ll have a go.”