EXCLUSIVE! Hillier on TT with OMG: “I won’t have many excuses” 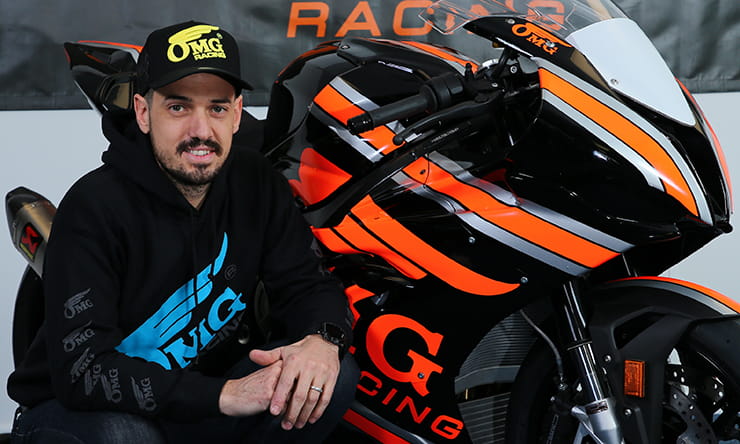 Isle of Man TT winner, James Hillier, only announced his split from the Bournemouth Kawasaki team last week, after 10 years, yet has confirmed his ride for 2020 with road racing debutants, OMG Racing.

Having achieved 14 podiums at the TT, including the 2013 Lightweight class win, plus a further nine podiums at the Northwest 200, the 34-year old will race a new BMW S1000RR in the Senior, Superbike and Superstock races as well as a Yamaha R6, also prepared by the OMG Racing team, in the Supersport races at the Northwest 200 and Isle of Man TT in the two-man team alongside new team mate, David Johnson.

Hillier said about his OMG deal, “it all turned around quite quickly really. We had a sit down and we were on the same page so it seemed like a good option to start with a blank canvass and they were keen to build the team around me and Davo Johnson.”

TT lap record holder, Peter Hickman, debuted the new generation Smiths Racing prepared BMW S1000RR with impressive results during the 2019 Northwest 200 and Isle of Man TT, taking three wins in the process and alerting the rest of the racing world, including Hillier who said, “The North West 200 was the tell-tale sign with Peter on the Superstock bike, the sheer punch off the turn and, I know that BSB don’t run it, but with the electronics there’s scope there, the BMW system is quite advanced. I don’t want to talk the Kawasaki down because it’s a strong bike but the BMW, on paper, has a bit more meat.”

“I don’t doubt it’s ability. Dean’s done strong times on the Kawasaki and there are other manufacturers who are capable of going well there but looking at the stats, the BMW looks to be a strong option for me. We won’t know until we get there of course, but I won’t have many excuses - it looks up to the job, so it’ll be down to me!

“I just want to get cracking now. This cold and wet weather isn’t helping so I just can’t wait to get my leg over it in February in Spain.

Hillier will have 2019 Superstock TT podium man, David ‘Davo’ Johnson alongside him at OMG Racing and admits, “I think it’s a good shout going with two riders from a testing and development side of stuff. It’s not really an advantage to share data because the TT is more of a personal thing in terms of set-up but if there are any glitches or issues on one bike then we can take it (the fix) across to both bikes.

He won’t be going to the TT with any worries about racing in an unproven team though. The OMG squad have two years of BSB experience behind them and Hillier was quick to point out, “I can share my experience and we’re just sorting out some experienced heads that know the TT. You’d be a fool to go to the TT with virgins. You need to go with good knowledge of how it’s run and with track knowledge, that’s all being taken care of.” 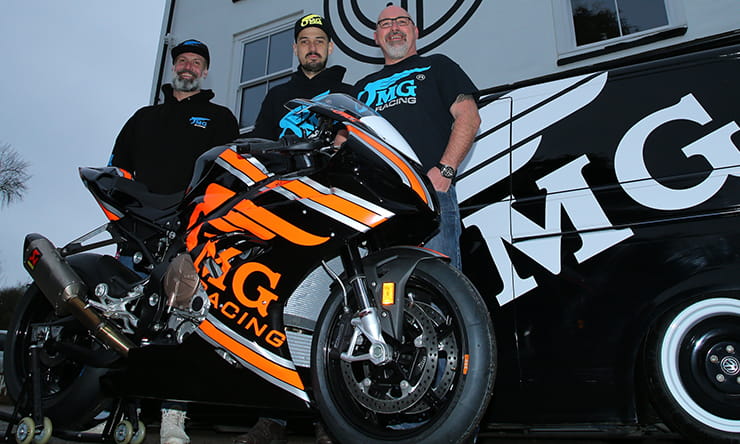 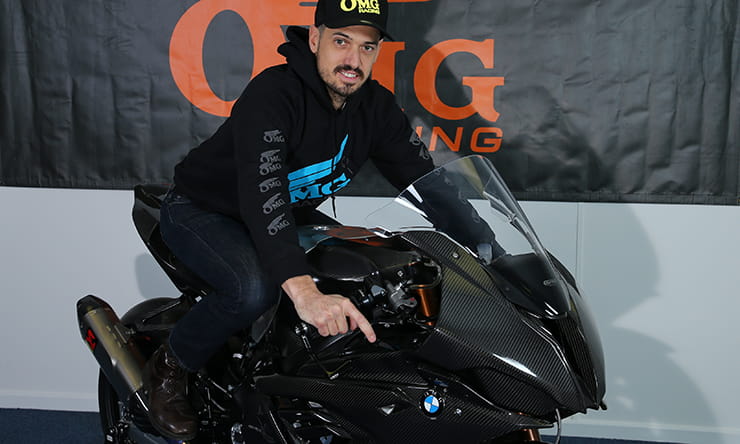 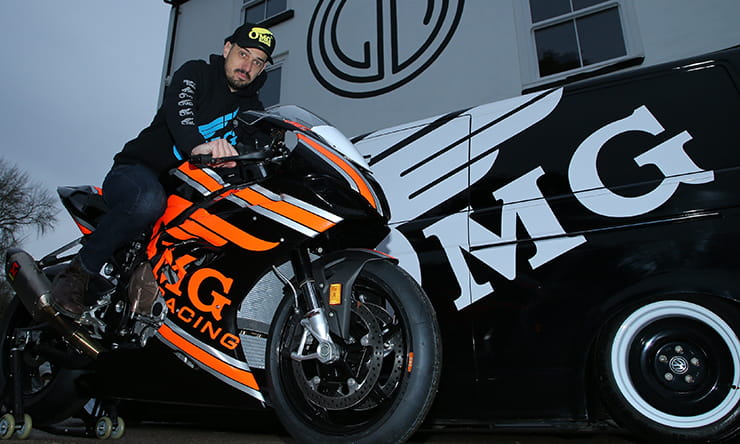 Paul Curran, OMG Racing Team Principal said, “it’s fantastic to be working with James for the 2020 roads season, he brings a huge amount of experience and consistency to our team, as well as race-winning talent. He’s one of the names fans always look for on the live timing, which shows he knows where the sharp end is.

“The BMW S1000RR presents him with a new challenge as well, we’ve seen it’s a capable bike with the results from this year’s TT, so with James on-board we’re seriously looking for podium finishes.

“Attracting James to the team adds to our credentials as a team and shows just how seriously we should be taken at the 2020 races, with him alongside Davo Johnson we have two riders capable of great things and great results.”

Alan Gardner, OMG Racing added, “James Hillier is one of the biggest names in road racing from the last 10 years and has consistently finished inside the top 10, taking podiums and a race win on the way.

“The fact that he has decided to take his first step into a new team with us adds a lot of weight to our attempt to really shake up road racing. With James and Davo in our corner for the 2020 season, all eyes will be on us to give them a bike capable of putting them on the podium, and I have no doubt our team can deliver.

“2020 is shaping up to be a seriously exciting year for us, both on the circuits in British Superbikes and now on the roads, we can’t wait to get started, to share it with our passionate fans and of course, give it our all to bring home some silverware!”