Guy Martin to retire at the end of the season? 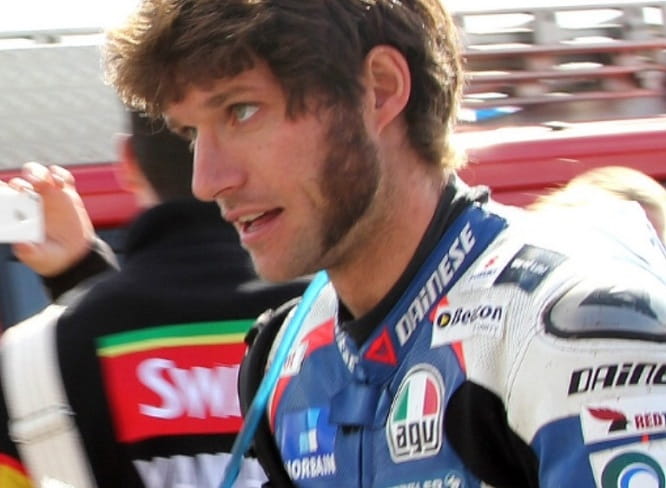 Isle of Man TT hero Guy Martin could retire from racing at the end of this season.

In an interview with The Times, the racer and TV personality has revealed that he will hang up his leathers after the 2015 road racing season in order to focus his time on his day job as a truck mechanic.

“I need to have a rest and re-set,” the 33-year-old told The Times. “My job is a truck mechanic and I’ve taken my eye off the ball. I get £12 an hour and double time on Saturday mornings. That’s good money up our way.

“The TV stuff has knackered my racing too. Not in results — last year’s TT was one of my best but I didn’t get five minutes. I used to go racing for fun. Now it’s hard work. I didn’t do the Gold Cup at Scarborough because there were big hoardings up saying pay extra and meet Guy. I can’t be doing with that. I’m not ungrateful, but this is my hobby. I didn’t miss the Gold Cup one bit. I know if I skip the TT I’ll never go back. I’ve given it everything. There’s no unfinished business. If people say, ‘Guy Martin — never won a TT’, I couldn’t give a s**t.”

Sources close to Guy suggested that his frantic pace of life means he doesn’t know what he’s doing one week to the next, such is the way of the charismatic race: “I don’t see him giving it up. A year off maybe, but not retirement.”

Martin responded to stories about his retirement with this post on Facebook: "There seem to be plenty of folk who are asking if I'm retiring from racing. There are some events that I'm thinking of calling it a day on. There's a lot of things I want to do and it's hard to fit everything in. But I love building and racing bikes and I'll always find some oddball events to have a go at."

Perhaps the most popular figure in the paddock, Martin has secured 18 podiums at the TT in a career spanning over ten years but is yet to bag an elusive first victory.

In December last year he confessed that he would have retired ahead of the 2015 season but was persuaded to give it another crack as his Tyco TAS team opted to switch to more competitive BMW machinery.