We're reporting from INTERMOT, the International Motorcycle, Scooter and E-Bike Fair, in Cologne where Triumph has just released a host of updates to its 2015 Triumph Bonneville range, but don't all rush out at once, it mostly adds up to new colour schemes and some bolt-on parts. They're nice though, so bear with us and it looks like we'll have to wait at least another year for an all-new Triumph classic range to appear, perhaps even longer.

The three special edition Bonnevilles are based on the 865cc parallel twin and standard Bonneville set-up we've come to know and love, but with these bikes the eye is in the detail.

There's a new Bonneville Spirit Special Edition which comes with a blue and white tank, black handlebars, mirrors, mudguard, wheels and a black headlight and shortened mudguard taken from the Triumph Scrambler. Priced at £7,499 on the road, it'll be available next year. 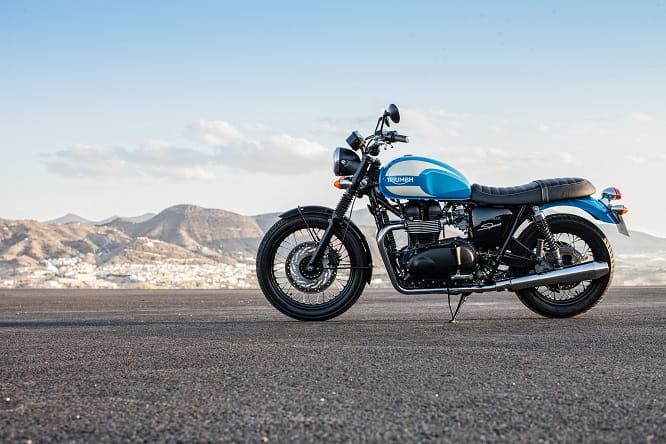 Then we've got the Bonneville Newchurch Special Edition designed to celebrate the annual Tridays festival in Austria. The town of Neukirchen changes its name to Newchurch every year for the festival.

The Bonneville Newchurch comes with cast wheels in black with red pinstripe, either red and white or blue and white colours on the tank, plus blacked-out mudguards, handlebars, mirrors and rear suspension springs. The Newchurch is the cheapest 2015 special edition at £6,999 OTR. 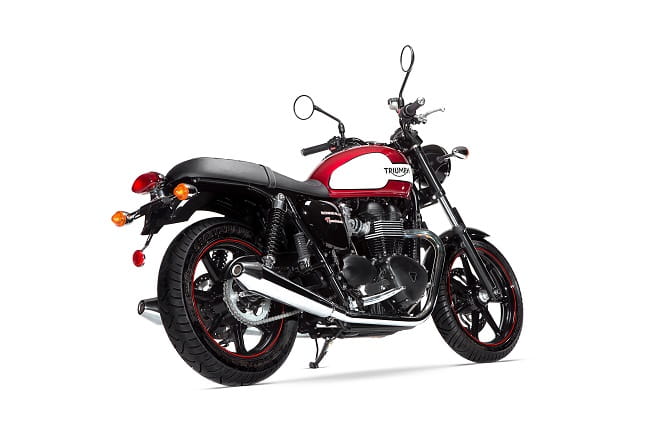 Finally there's the Bonneville T214. It's a celebration of the iconic Cee-Gar streamliner which set the first of many land speed records at the Bonneville Salt Flats by recording a two-way average speed of 214.4mph, hence the T214 tag on this limited edition run of 1000 bikes worldwide.

The Bonneville T214 gets a special paint scheme featuring a blue and white tank, a blue front mudguard with the white star motif lifted from the Cee-Gar, plus blacked-out wheel rims, handlebars and rear suspension springs. Each bike will be numbered. The T100 214 SE will set you back a cool £7,849 and as with the other models, will be available next year. 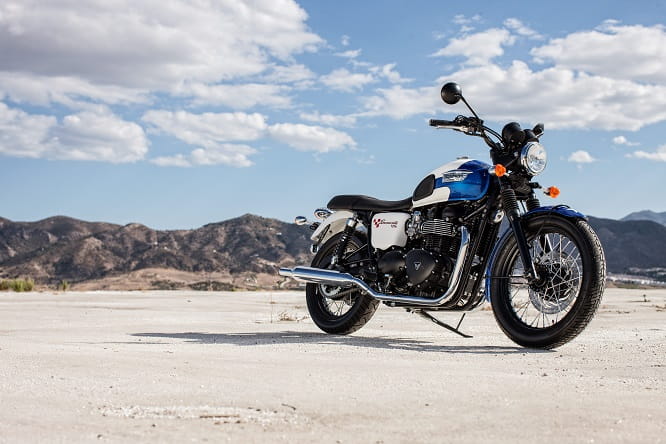