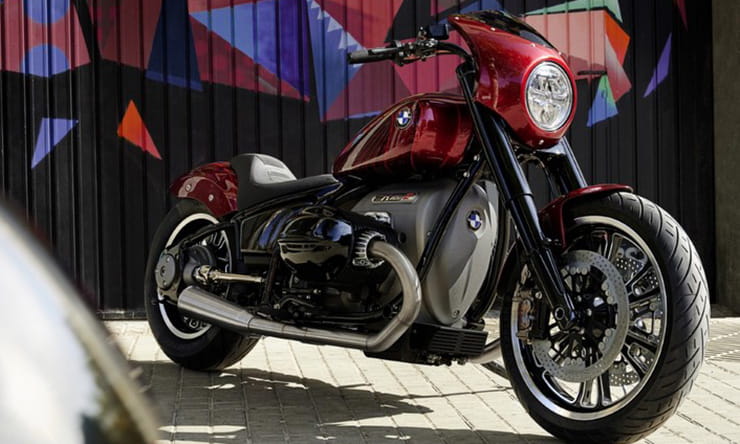 BMW recently trademarked the name ‘R12’ for a planned cruiser model sitting below the R18 and now the company has filed for rights to the name ‘Roctane’ – also for use on a motorcycle.

It’s all too easy to see how the ‘R12’ title is destined for a smaller-capacity cruiser to sit below the massive R18 in the range – the name is so similar that it could hardly be intended for anything else – it’s much more difficult to predict how BMW plans to use ‘Roctane’. Already trademarked in Germany, international rights to the Roctane badge are currently pending, but the application makes it clear that the title is intended to be used on motorcycles rather than any of BMW’s other products.

While most of BMW’s bikes are badged logically, with letters and numbers that reflect their engine layouts, capacities and styles, Roctane gives no such clues. For instance, a couple of years ago BMW trademarked the name ‘M 1300 GS’ for a model that’s expected in 2023. ‘M’ means it’s a high spec ‘motorsports’ machine, ‘1300’ is the rough capacity and ‘GS’ shows it’s an adventure bike. Easy. But ‘Roctane’? That’s not so clear.

The fact that the name starts with an R suggests it’s probably destined for a boxer-engined machine, as ‘R’ has always meant ‘boxer twin’ in BMW-ese. ‘Roctane’ also has overtones of the old ‘Rockster’ badge that was used on a quirky streetfighter version the R1150R from 2001-2006. The current R nineT also illustrates the use of an ‘R’ name that doesn’t conform with BMW’s usual practice.

We can split ‘Roctane’ into ‘R’ and ‘Octane’, so the implication is that it will be a boxer (‘R’) with some performance overtones, but not a straightforward model that would fit into BMW’s usual classes and categories. A performance-oriented cruiser – based either on the R18 or the planned R12 – seems to be a likely recipient of the badge. Back in 2019, BMW’s R18/2 concept previewed a low-slung, part-faired version of the then-unlaunched R18 cruiser, and a production version of that machine has yet to appear. Could the R18/2 become the Roctane in showrooms? Don’t bet against it.

Previously, BMW trademark applications have given away the existence of models including the R18 Transcontinental and the CE 04 well before they were announced. 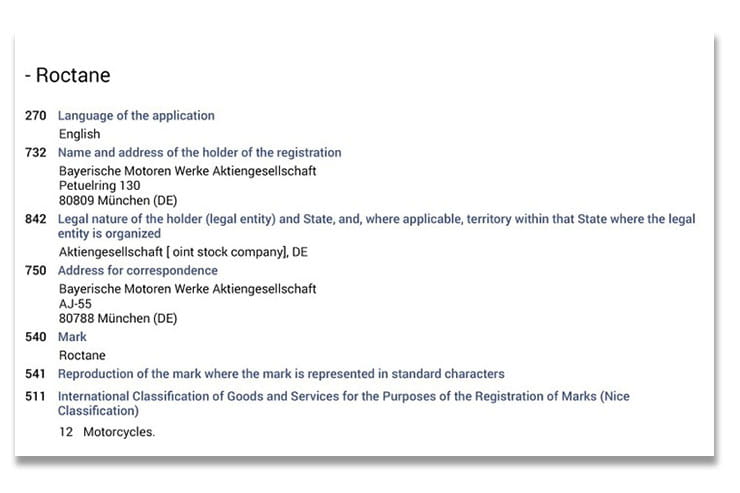