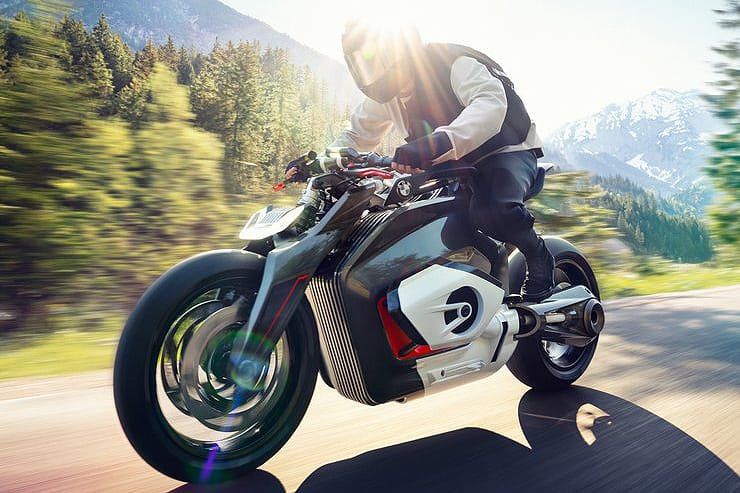 BMW has made more headway in the realm of electric bikes than most of its mass-manufacturing rivals and its latest batch of trademark registrations suggest it’s about to embark on a battery-powered offensive to put it even further ahead.

While Harley-Davidson’s LiveWire has garnered more column inches as an electric product of a mainstream bike brand, BMW has been ploughing the electric furrow much longer. Its C Evolution scooter first appeared back in 2012, with a limited run made for use at the London Olympics, and hit mass production in early 2014. With 48hp and a 100 mile range (in long-range form) its numbers aren’t embarrassed by more modern offerings despite the fast-moving technology in the electric bike field.

However, with last year’s futuristic Vision DC Roadster concept bike and lashed-up eRoadster prototype the firm has indicated that it has both the will and the technology to make a much bigger step into the electric bike market. 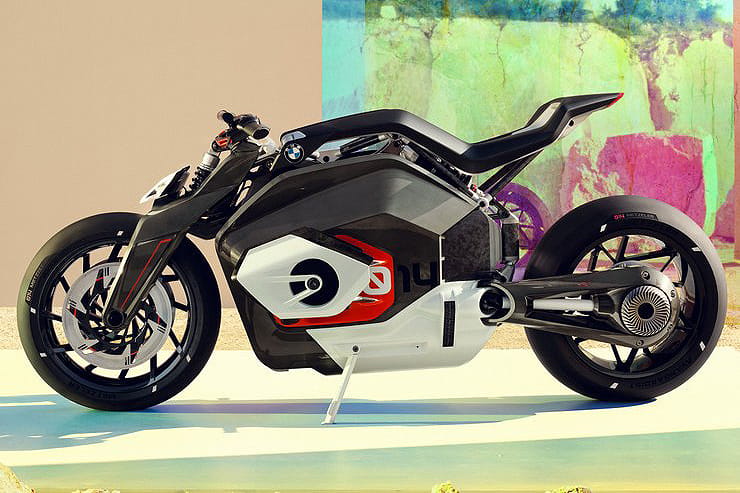 Now BMW has filed trademark registrations in Germany for no fewer than eleven names, all intended for electric bikes.

The first nine all indicate that despite its wild appearance, the Vision DC Roadster concept was rooted in production intentions. The trademarked names start with ‘DC 01’ and range all the way to ‘DC 09’ , and are intended for use on ‘motorcycles and parts and accessories for motorcycles’ and ‘vehicle models’.

While there’s no specific mention of electric bikes, the fact that the names come hot on the heels of the Vision DC Roadster concept and that ‘DC’ is intrinsically linked with ‘direct current’ leaves no doubt that the names are destined for battery-powered machines.

The numbers – 01 to 09 – may be indications of multiple models or simply BMW planning for the future. The chances are that whatever electric bike the firm makes, it will be somewhere between the Vision DC and the more real-world eRoadster in terms of its componentry. And just as BMW’s R-series boxers range from roadsters to adventure bikes and tourers, all made around the same engine and chassis, it’s more than likely the company will use the same approach for its ‘DC’ electric models. 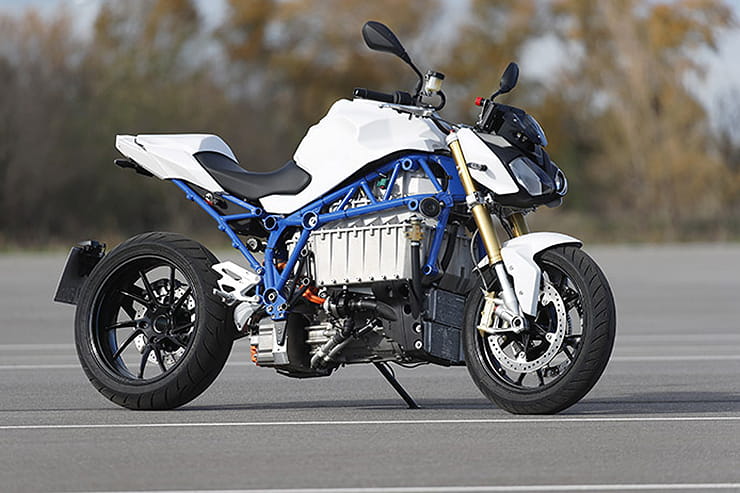 The DC 01 to DC 09 names aren’t the only electric bike trademarks that BMW has put its name to – the company has also registered the names ‘CE 02’ and ‘CE 04’.

Those titles appear to be intended for scooters, as the registrations say they’re to be used on ‘motorcycles, scooters, parts and accessories for motorcycles, and parts and accessories for scooters’. The ‘CE’ section of the title puts them clearly into line with BMW’s existing C-series of scooters, with the ‘E’ standing for ‘electric’ and giving a connection to the original C-Evolution.

The chances are that one of these machines will be a replacement for the C-Evolution itself; despite standing up well for itself, its more than six years old now and the technology is moving fast. Just as BMW has also expanded its petrol-powered line-up to embrace the smaller C400 models as well as the C650 maxi-scooters, the second ‘CE’ electric machine might well be a smaller, lighter, cheaper and shorter-range machine aimed at urban commuting – perhaps taking its cues from the Concept Link that the firm showed back in 2017. 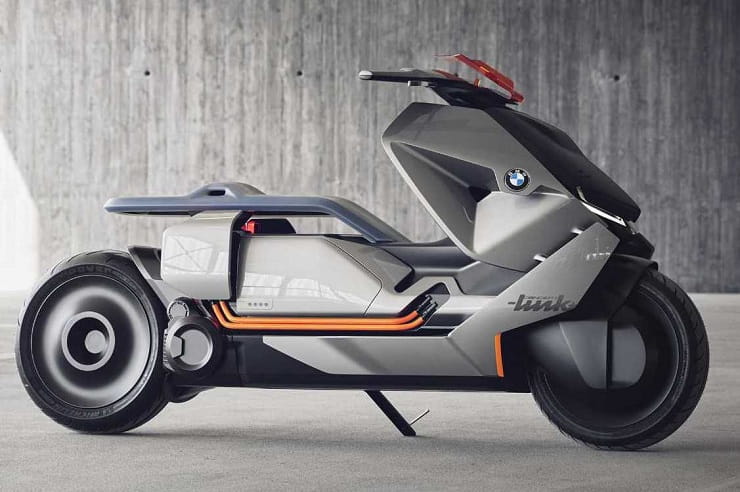 BMW’s previous trademark registrations have tended to be accurate pointers to the bikes the firm is going to make. The S1000RR was given away by its trademark before it was officially launched and the same applied to the S1000XR and more recently the R18.

In the last few months BMW’s activity on the trademark front suggests it’s got some particularly exciting plans for the future. As well as all these electric bikes, we’re still waiting with baited breath for the machines that will bear the ‘M1000RR’, ‘M1000XR’ and ‘M1300GS’ names that the firm put dibs on late last year.

If even half of those trademarks find their way onto production models BMW’s range promises to be spectacular in the near future.