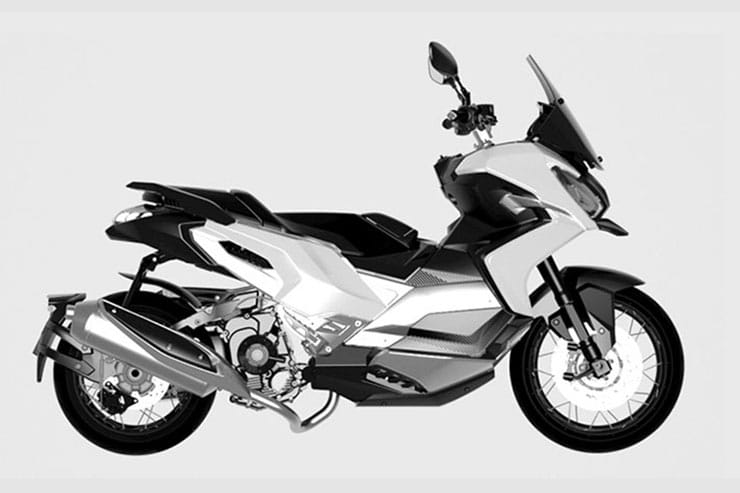 The idea of an adventure-scooter would have seemed insane a few years ago but the advent of the Honda X-ADV has sparked a host of rivals and mimics across a range of capacity bands and now Peugeot has filed design patents for its own take on the idea.

While off-road-capable scoots aren’t entirely new – Honda’s CT Trail Cub series, which has been around since 1964, pioneered the breed – the new generation are effectively two-wheeled equivalents of urban SUVs. Their rugged styling and tall suspension is aimed less at providing basic transport in far flung corners of the globe and more at dealing with the rigors of city use. Honda’s 745cc X-ADV has been followed by the smaller ADV350 and rivals including Kymco’s DT X360 and Aprilia’s 200cc SR GT, all combining a hint of adventure bike toughness with twist-and-go practicality. Now the indications are that Peugeot is preparing its own take on the idea, using the 399cc engine from the Metropolis 400i. 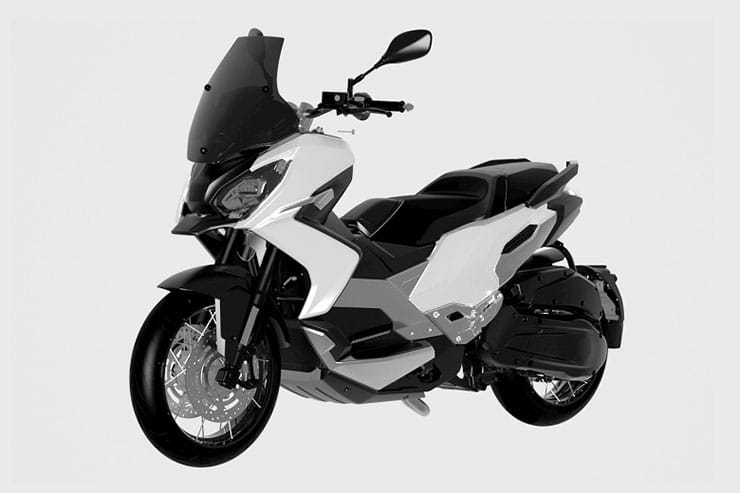 These design images, filed by Peugeot, show the machine in question, and the adventure inspiration is more than apparent. Wire wheels, high ground clearance and even the clichéd ‘beak’ front mudguard are all present and correct, although that drooping exhaust pipe looks like it would be vulnerable if you opt to hop too tall a kerb. Given that these are CAD images of the bike, there’s a distinct possibility that the exhaust has been mis-positioned and should actually sit a few inches higher – the curved section underneath the engine certainly looks like it’s designed to be mounted closer to the power unit.

The engine and transmission look identical to those on the Metropolis three-wheeler, even down to the exhaust end can, so performance is likely to mirror that bike’s, with 35.6hp at 7250rpm and 38.1Nm at 5750rpm from the swingarm-mounted, liquid-cooled, SOHC, ‘PowerMotion 400’ single-cylinder. With only two wheels instead of three, which means the Metropolis’s complex tilting front suspension is ditched, the adventure scooter is sure to be much lighter than the 265kg Metropolis.

The Honda ADV350, surely its closest target, has a little less power and torque from a 330cc SOHC single, but weighs in at 186kg – a figure that the Peugeot will have to come close to. The old Satelis 400, which used the same engine, was 213kg despite having more extensive bodywork, so the Peugeot adventure scooter shouldn’t be too far off. 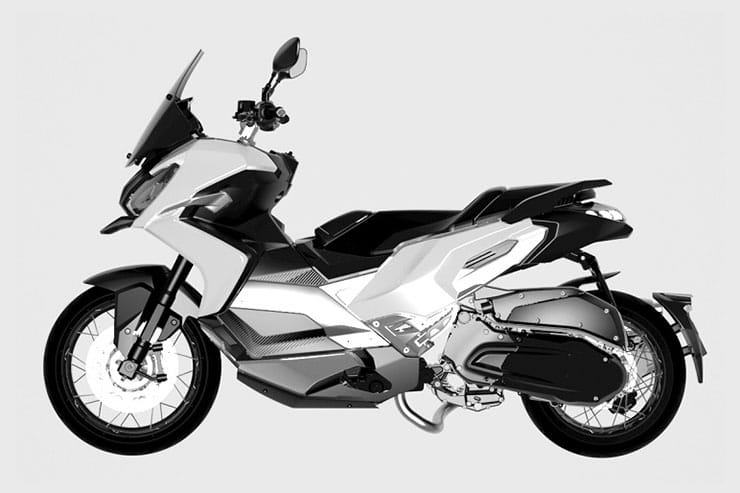 In terms of kit, we can see that the bike has upside-down fork, large wire wheels, dual front brake discs and radial brake caliper brackets, even though the calipers themselves are missing in these images. It also has a surprisingly short seat, particularly when compared to relatively long wheelbase, without a vast amount of storage space below it.

Although a scooter, it’s far from being a step-through – there’s a substantial amount of bike between the rider’s legs, particularly when compared to the Metropolis. That area might well be used for luggage space in lieu of the missing under-seat storage, although the frame will also have to run up to the steering head somewhere in there as well.

The designs appear to be finished and the presence of a licence plate hanger, mirrors and indicators suggest a production bike rather than a concept or show model, so a launch isn’t likely to be far away.