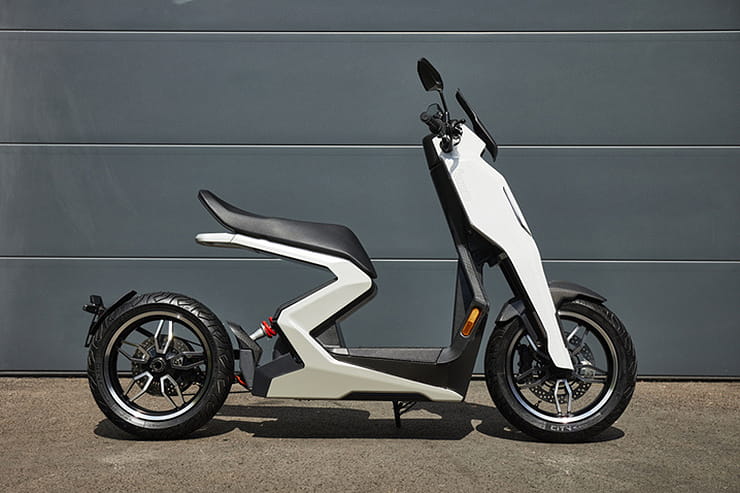 The first model from British electric vehicle firm Zapp is to debut at the Goodwood Festival of Speed on the 23rd June 2022 – billing the i300 as a ‘high-performance city bike capable of motorcycle levels of performance.’

Set to hit the hill at Goodwood today, the Zapp i300 has been a long time coming. We first covered the bike back in 2018, but the Goodwood appearance marks the bike’s first appearance in public and with reservations now being accepted via the company’s website it looks like the machines will start reaching customers in the not-too-distant future. 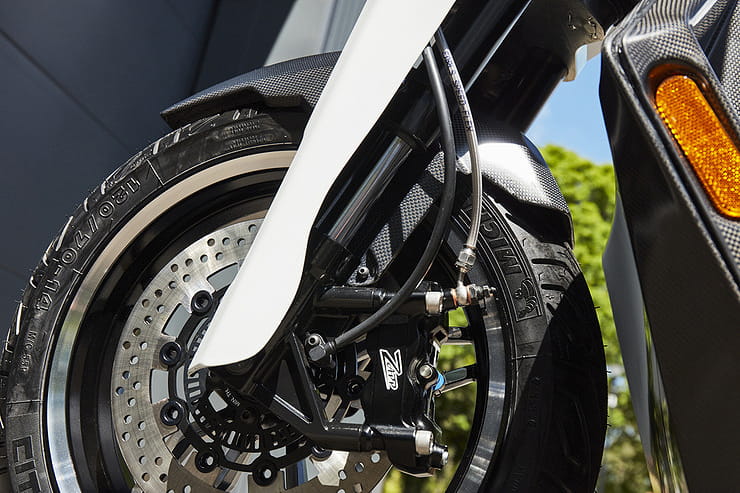 The bike’s layout might be that of an urban step-thru scooter, but its performance should come as a surprise to anyone judging it purely on appearances. The company claims the i300 will reach its artificially limited top speed of 60mph in just 4.8 seconds and hits the city speed limit of 30mph in just 2.2 seconds. That’s thanks to a 14kW (peak) electric motor – that’s 18.8hp in old money – with a whopping 433 lb-ft of torque at the wheel, figures that Zapp say put the i300 at the top of its class.

The bike’s futuristic styling, even four years after it was first seen, includes a single-sided swingarm and a front cowl that unusually runs all the way down the forks. That panel – the only body coloured part on the bike – is swappable to let owners change the i300’s look by simply replacing it with an alternative coloured version.

Hidden behind it are upside-down forks, while the cross-drilled front disc and four-pot radial caliper – with dual-channel ABS – hint at the bike’s performance potential. At the back, there’s a single-sided swingarm and a monoshock with preload and rebound adjustment. 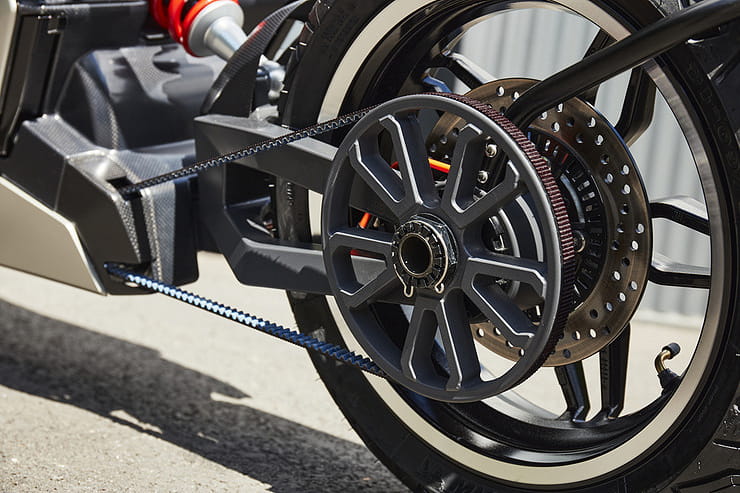 The permanent-magnet motor is rated at 9.7hp using the ‘continuous’ measurement that defines its licence category, so despite a peak closer to 20hp the bike falls into learner-legal territory. It drives through a single-speed transmission with a belt to take power to the rear wheel.

Power reaches the motor from a pair of 72-volt lithium-ion batteries, giving a range of 37.2 miles in ‘eco’ mode. Not a lot, but since the batteries can be removed and charged from a normal domestic socket, filling from 20-80% in only 40 minutes, it’s a task that can easily be done at home or work without the need for a purpose-made EV charger. The short range means the batteries are small and relatively light at 6kg each, so lugging them out isn’t too much of a chore. With a weight of 92kg without batteries, the i300 should only amount to 104kg with both in place.

Zapp EV CEO Swin Chatsuwan said: “The Zapp EV i300 isn’t just another electric commuter, it’s a high-performance city bike designed to satisfy the needs of both serious motorcyclists and new riders alike. It is not only high-technology but also accessible and great value-for-money.

“It’s been an incredible journey to date, from the initial concepts of what a performance city bike could be right through to selecting and designing every component. To be able to showcase the finished bike here at Goodwood is an amazing opportunity for an emerging British company like ours and I’m really excited for everyone to see our bike up close.” 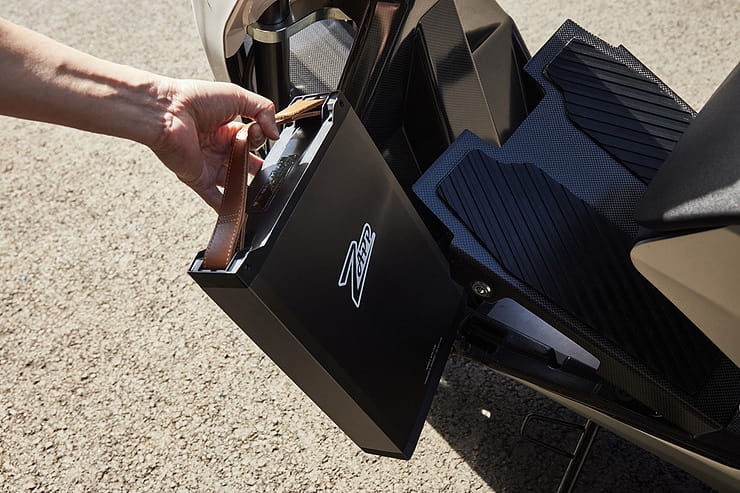 Zapp is adopting a direct-sales model rather than relying on a conventional dealer network, so bikes will be delivered to customers by a dedicated fleet of ‘Zappers’ in hybrid vans. The same people will also provide servicing support.

Initially, Zapp is offering four variants. The priciest version – the i300 Carbon Launch Edition – gets composite bodywork, a ‘launch red’ colour, commemorative plaque, a carbon carrier and diamond cut wheels. Just 1000 will be made, with a price of £7995. Next in line is the i300 Carbon at £6995, still with carbon bodywork but without the other extras, and the eco-themed i300 Bio at the same price. The cheapest model is the i300 Ocean, coming in at £5750 (all prices include the £500 Government electric vehicle grant, which is continuing for motorcycles under £10,000 despite being axed for electric cars this month).

With no conventional dealers, Zapp intends to set up test rides via pop-up stores and ‘boutiques’ in London, New York, Paris, Milan, Seoul and Bangkok, with dates to be announced soon after the bike’s Goodwood appearance. 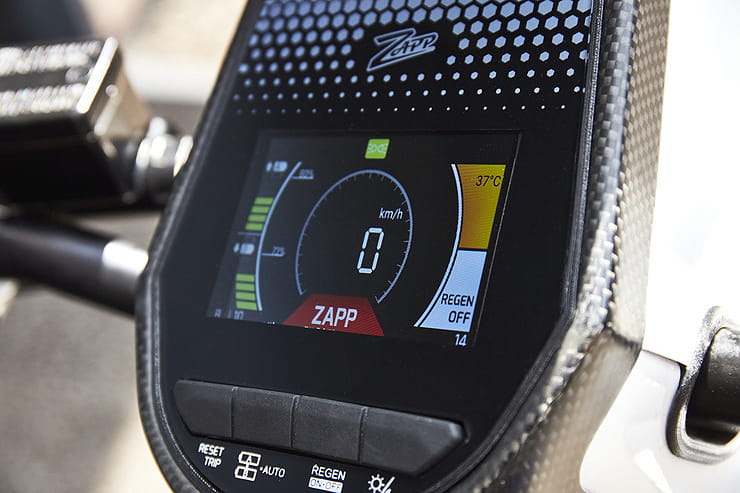