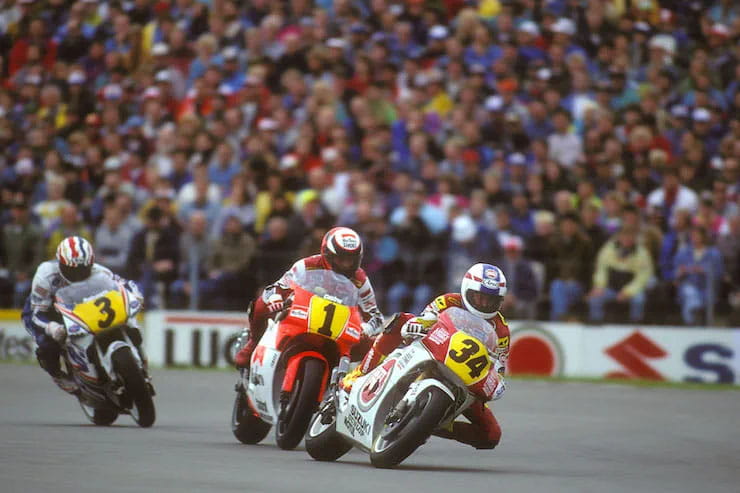 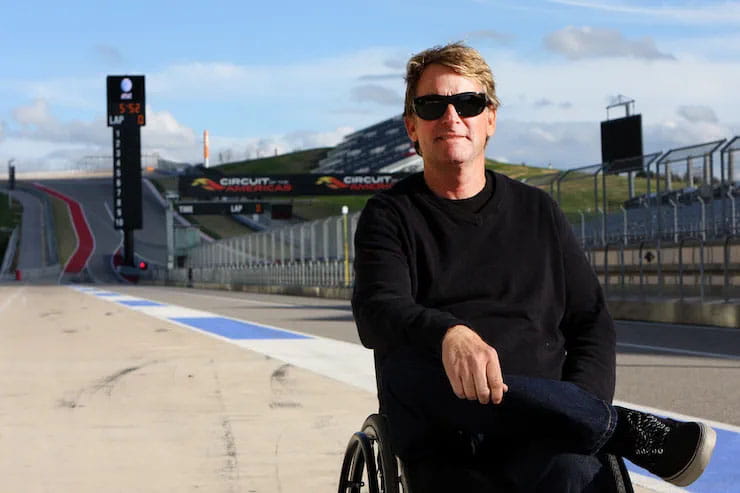 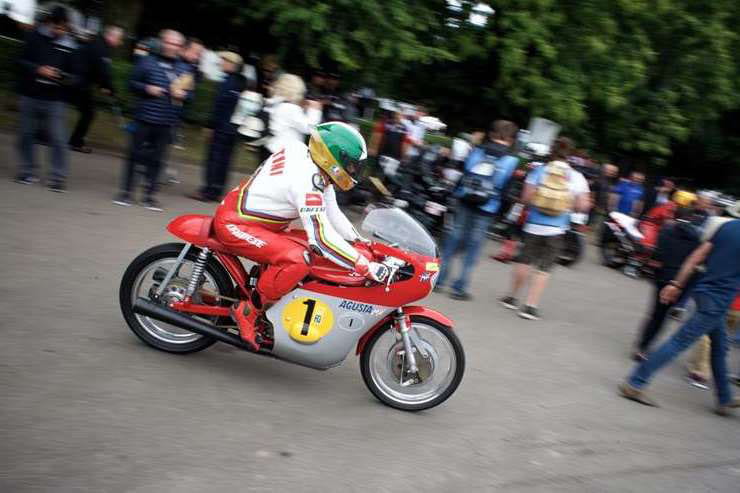 Above: Rainey, Schwantz, Roberts, Doohan and Agostini are among the legends riding at Goodwood Festival of Speed 2022

With Wayne Rainey making his UK riding return alongside Kenny Roberts, Kevin Schwantz and Mick Doohan, plus Dani Pedrosa now added to the rider line-up, this weekend’s Goodwood Festival of Speed has its best biking line-up ever.

And although tickets are now limited there’s still means and ways to see the best of the action.

Following the full relaxation of Covid-19 restrictions, this year’s FoS is bigger and better than ever and will be one of the ‘must-see’ events of the summer. Its traditional mix of motorsport heroes, cars and bikes, many of which race up the famous hill climb in the glorious garden setting of Goodwood House near Chichester, makes it unique and although cars are to the fore, the organisers have this year arranged a dazzling biking line-up – not just of GP greats, but of stars celebrating 100 years of the Ulster Grand Prix including Guy Martin and Phillip McCallen, ‘Contemporary Racers’, among them recent TT-winner Peter Hickman, WSB star Scott Redding and Dakar winner Sam Sunderland plus also demos of some of the very latest production bikes, including the Aston Martin Brough Superior, James Bond edition Triumph 1200 Scrambler, Crighton CR700W track bike and new BSA Gold Star – the latter two both being ridden by BikeSocial’s own Michael Mann! 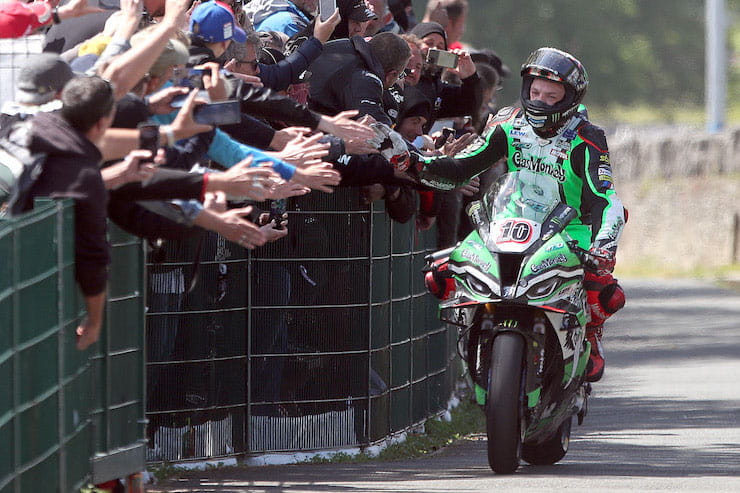 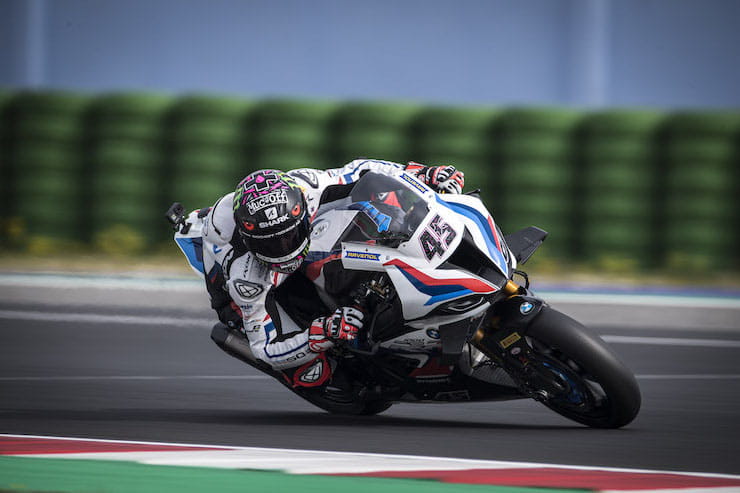 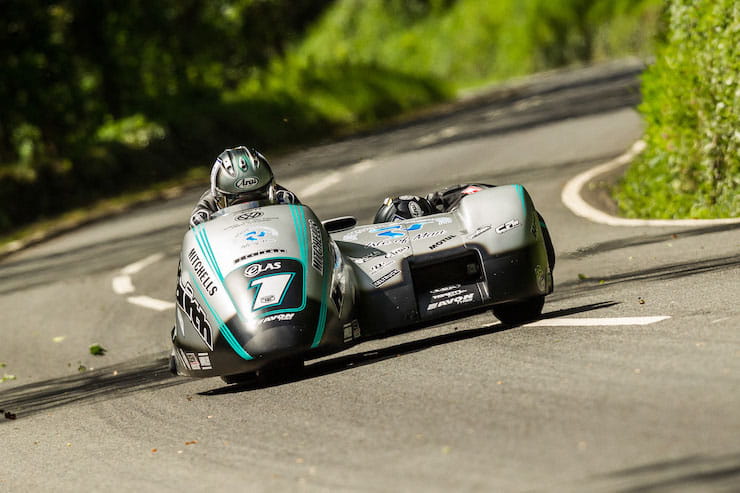 Above: Peter Hickman, Scott Redding and the Birchall brothers will all ride

The FoS opens this Thursday, June 23, and runs every day up to and including Sunday, June 26. At the time of writing, tickets are now only available for Thursday, all other days being sold out, and GP stars Rainey and co. aren’t scheduled to ride that day but there’s still plenty of bikes and action to see. The ‘Road Bikes’ category will be riding up the hill which includes the aforementioned BSA, Crighton, Triumph and Aston Martin Brough, the McLaren F1 team will also be running and there’s loads of unveilings and activities. Thursday adult tickets start at £47, children under-12 go free and there’s also a ‘Young Persons’ ticket for those aged 13-21 costing £23.50.

Otherwise BikeSocial will again be bringing you regular updates of all the action online through our usual social media channels and in addition there will once again be livestream coverage throughout the weekend. 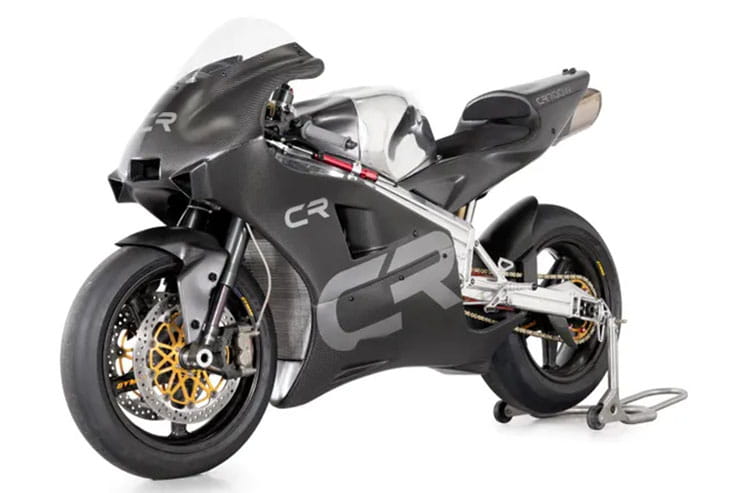 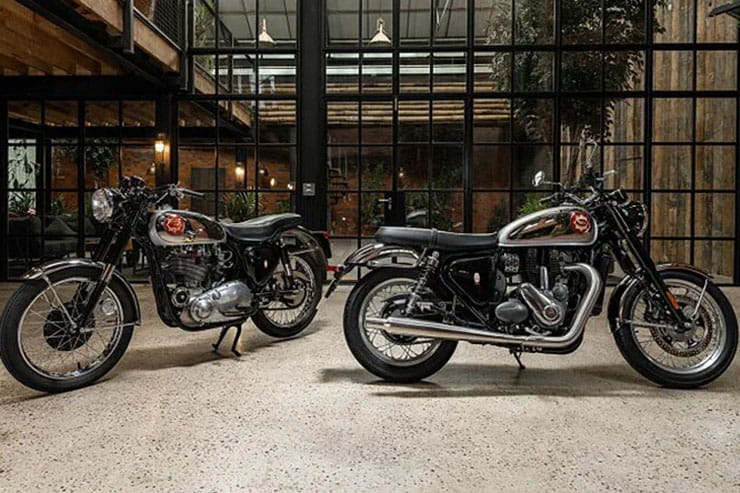 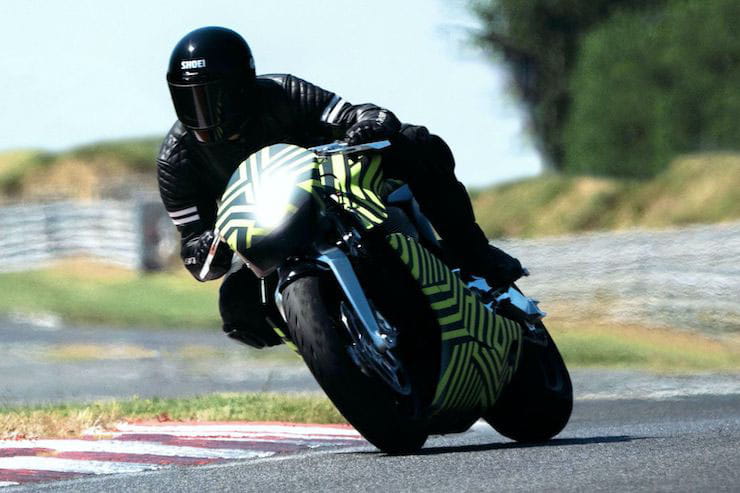 Above: the Crighton CR700W, BSA Gold Star 650 and Aston Martin AMB 001 will all make their UK debuts

Until then, here’s our pick of the motorcycling stars (and star bikes) taking part this year.

Bikes-wise, this is the biggie. Three-time world 500cc champion Wayne Rainey is of course the stand-out, riding his specially-adapted 1992 YZR500 Yamaha up the hill for the first time since the career-ending Misano crash which left him in a wheelchair. Better still, he’ll be joined by his racing contemporaries Kenny Roberts Snr (1978 Yamaha YZR500); Mick Doohan (1992 Honda NSR500) and Kevin Schwantz (1994 Suzuki RGV500). But that’s just the start. There’s also Dani Pedrosa aboard the 2021 KTM R16; Steve Parrish on a 1975 Suzuki XR14; Goodwood regular Giacomo Agostini on a 1965 MV Agusta 500; Stuart Graham on a 1947 AJS ‘Porcupine’; Sammy Miller aboard both a BMW Rennsport and Gilera 500/4 and many more. Other bikes being ridden, meanwhile, include a Cagiva V592, Proton KRV3 (with a yet-to-be confirmed Jeremy McWilliams on board) and two Ducati Desmosedicis.

There’s even more home-grown, roads specialists in this category. TT/TV star Guy Martin is likely to be the biggest draw riding a 2012 GSX-R1000 but there’s also: Phillip McCallen and Ian Simpson on their RC45s; Michael Rutter on the Ducati 600 TT2 made famous by his late dad Tony; Con Law aboard an EMC Rotax; Charlie Williams on a Yamaha TZ350 (ahh, revel in those two-stroke fumes…) plus TV’s Henry Cole on a 1938 Vincent. Other bikes being demoed in this class include: a 1979 Honda RS1000; 1975 Kawasaki KR750, Norton Manx 500, AJS 7R, Rudge Ulster ridden by Jenny Tinmouth, Dean Harrison’s 2021 Kawasaki ZX-10R, a JPS Norton Rotary and many more.

If your interest is primarily modern racing bikes, there’s plenty of them being ridden up the Goodwood hill, too. In this class you’ll see: Peter Hickman fresh from his TT victories aboard his Gas Monkey Garage by FHO Racing BMW M 1000 RR; Scott Redding on board his WSB-spec BMW M 1000 RR and even Dakar Rally winner Sam Sunderland riding his KTM 450 Rally. While if your preferred racers have three wheels, not two, you’ll also get to see the Birchall brothers, Ben and Tom, also fresh from their TT dominance aboard their 2019 LCR-Honda 600 outfit along with leading lady racer Maria Costello MBE piloting her 2008 Kawasaki-powered version.

While last but not least – and that’s not even mentioning any of the hundreds of stunning road and race cars taking part) the Road Bike category of bikes running up the hill (which can be seen on Thursday) includes: the astonishing Aston Martin Brough Superior AMB 001; the ‘world’s fastest bobber’, the custom, supercharged Triumph Bonneville Bobber created and ridden by Jody Millhouse of Thornton 100; two hub-centre steered wonders, the Vyrus 984 and new Kawasaki-powered Bimota Tesi H2; the James Bond edition version of Triumph’s 1200 Scrambler; the 2021 MV Agusta Rush and the previously mentioned, rotary powered £85k Crighton CR700W track bike plus the all-new BSA Gold Star, both as ridden by Bikesocial’s Michael Mann – so be sure to give him a cheer!

For the complete event listings, schedules and entries plus stacks more info head to the official Goodwood Festival of Speed website 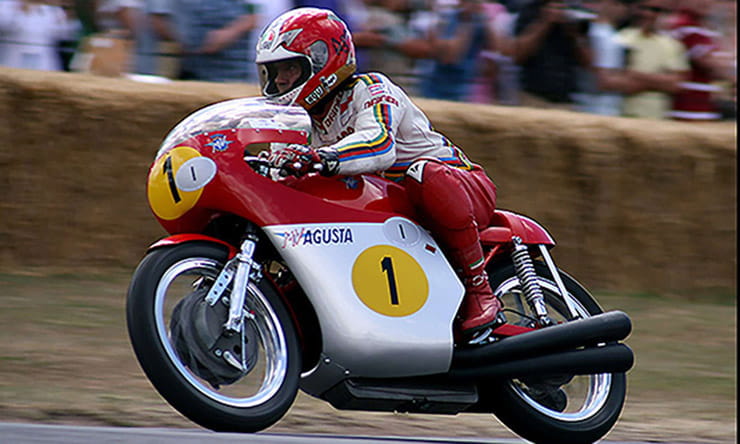 The timetable keeps you informed of all the spectacles happening each day at the Festival. The Festival of Speed timetable will give an overview of what to expect, however please note that timings may change slightly.

If you're not lucky enough to be going to Goodwood this weekend, you can still catch all the action with three-and-a-half hours of programmes on ITV:

If you subscribe to Sky Sports F1 Channel then you can also catch some live action as well as highlights later in the day: