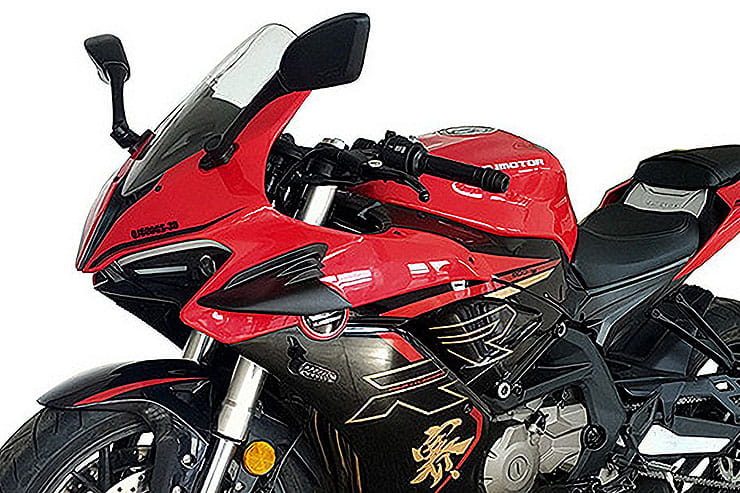 Few Chinese bike companies have been as active over the last couple of years as QJMotor – the sister firm of Benelli that’s launched a whole range of models since 2020. At the moment QJMotor only sells in China but the chances of expanding to the worldwide market has grown recently with the announcement that the firm will be represented on the 2022 Moto3 grid.

QJMotor also displayed its range at the EICMA show in Milan last November, suggesting it has an eye on European sales, and now a whole array of updated and new models from the company has emerged via Chinese type-approval paperwork. 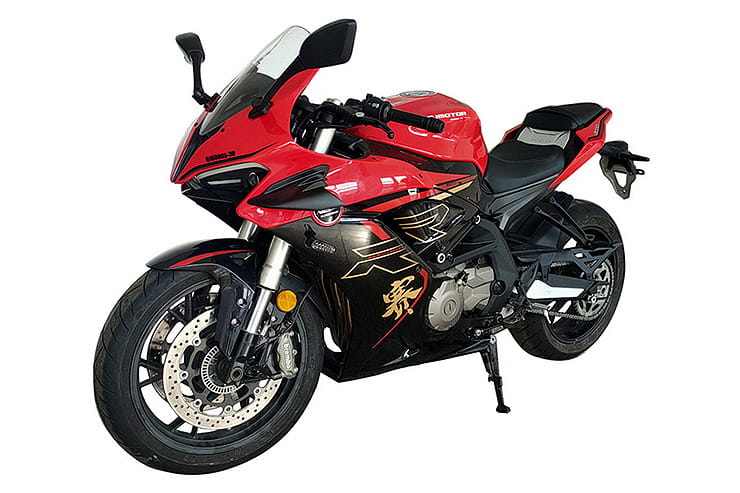 Back in 2020 the one of the first machines to wear the QJMotor brand name was the 600RR, a faired sports bike based on the engine and chassis from the Benelli TNT600. Back in 2019, leaked planning documents suggested it would be sold here under the Benelli brand name, but that hasn’t come to pass.

Now QJMotor has type-approved a restyled version of the bike, with sharper looks, and alongside the company’s entry into the Moto3 series this year (using rebranded KTM RC250GP machines run by the Avintia team) this reworked model appears ready to be a flagship for the company.

The new look includes GP-inspired winglets either side of a redesigned fairing. New headlights are recessed into the nose, following the styling trend that was started by the Ducati 1199 Panigale, and the side panels are much more extensive than the original versions, covering more of the frame and engine than before.

The Chinese type-approval says that the bike uses an 87hp version of the Benelli-designed four-cylinder, still measuring 600cc but 7hp up on the previous design. However, a 650cc version of the same engine is also known to be under development for use in both QJMotor and Benelli machines, standing a better chance of meeting Euro5 emissions rules if the company opts to bring the machine to Europe. 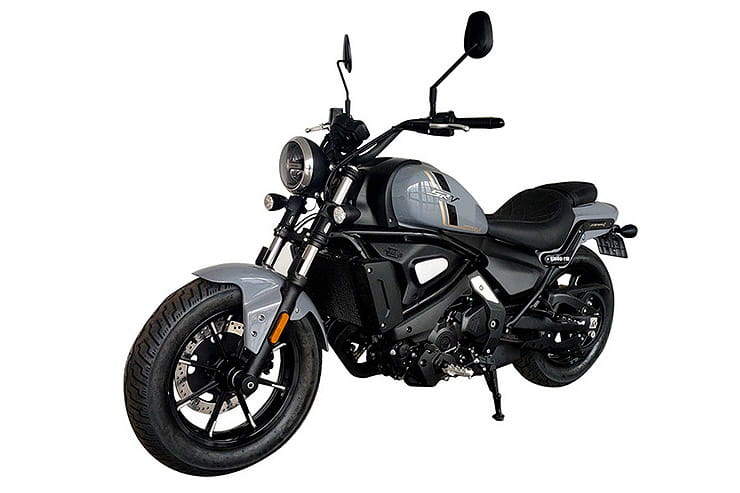 ‘SRV’ is QJMotor’s lettering for cruiser models and the company already offers an SRV500 parallel twin with Ducati Diavel-esque styling and a V-twin SRV300 that looks every inch a miniature Harley Sportster. This new version of the SRV500 shows a more traditional style for the larger model.

The engine is the same 48hp parallel twin that’s used in Benelli’s TRK502, 502C and Leoncino 500, but mounted in a different tubular steel frame. While the original SRV500 has a very modern look, with a sleep tank that extends around the forks and a stubby, short tail, the new version wraps the same mechanicals in conventional cruiser clothes, including a round headlight, tapered tank and longer rear end. 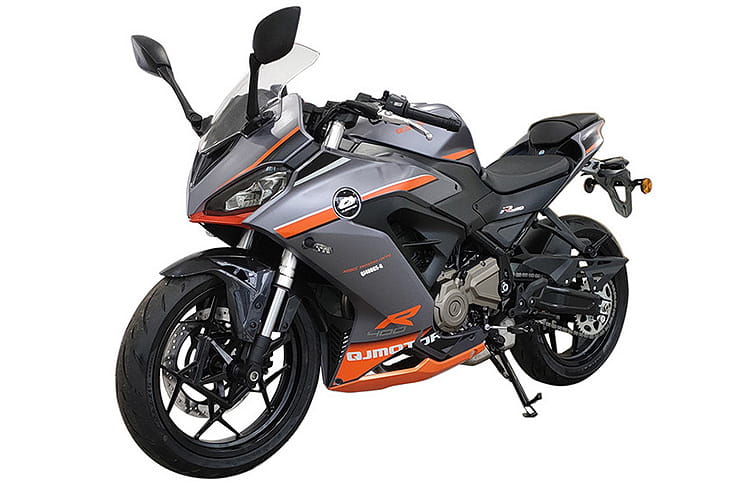 QJMotor’s existing 350R is set to be expanded to 400cc

Late last year a leak revealed plans to create a QJMotor 400RR model with a single-sided swingarm, based on the 350R that was launched earlier in 2021. Now it seems the 400 engine is also going into the lower-spec ‘R’ model as well – hiking power from 36hp to 44hp.

Weighing only 179kg wet, including fuel, the upcoming 400R looks like an intriguing junior sports bike.

The firm is also giving the new 400cc engine to the naked QJMotor SRK400, which is effectively an unfaired version of the 400R. The bike’s type-approval documents show three versions. One is a modern-looking naked bike, with a slanted, rectangular-edged headlight, the second is the same but with dual front brake discs and a swingarm-mounted licence plate bracket, and the third variations swaps the nose cowl and headlight for a sloping, oval lamp – reminiscent of the MV Brutale.

Of course, MV Agusta itself also has ties to QJMotor’s parent firm Qianjiang and has based its new Lucky Explorer 5.5 adventure bike on the Chinese firm’s 550cc parallel twin and a chassis used by both QJMotor and Benelli models. It wouldn’t be hard to imagine the oval-headlight version of the SRK400 (below) being rebranded as an entry-level Brutale, given the two companies’ cooperation. 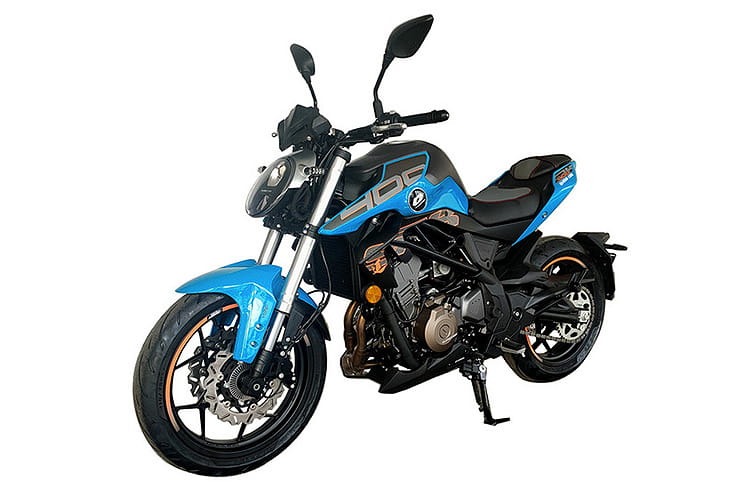