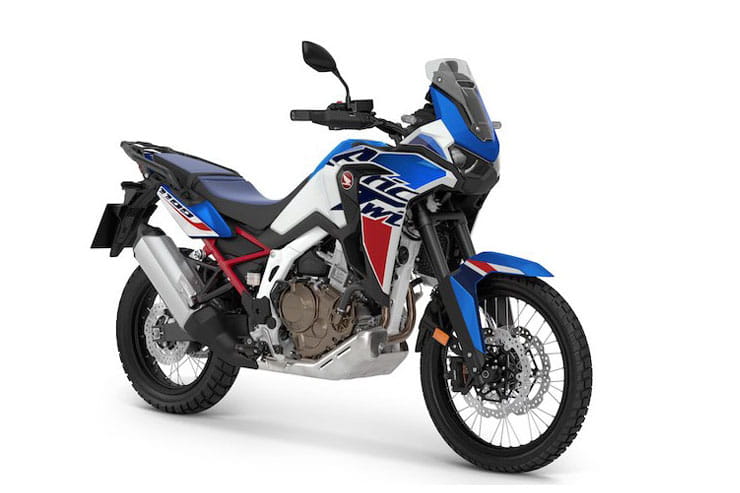 Honda has begun the roll-out of its 2023 model year updates with the launch of a refreshed Honda Africa Twin CRF1100L presenting fresh colourways and visual tweaks.

One of the most popular options in the competitive adventure motorcycle segment, the Africa Twin - the latest generation of which has been on sale since 2019 - has been kept up to date against newer opposition with a series of minor tweaks.

The latest focuses primarily on the aesthetics with the broadening of a colourway choice for both the standard Africa Twin and the more touring orientated Adventure Sport variant. 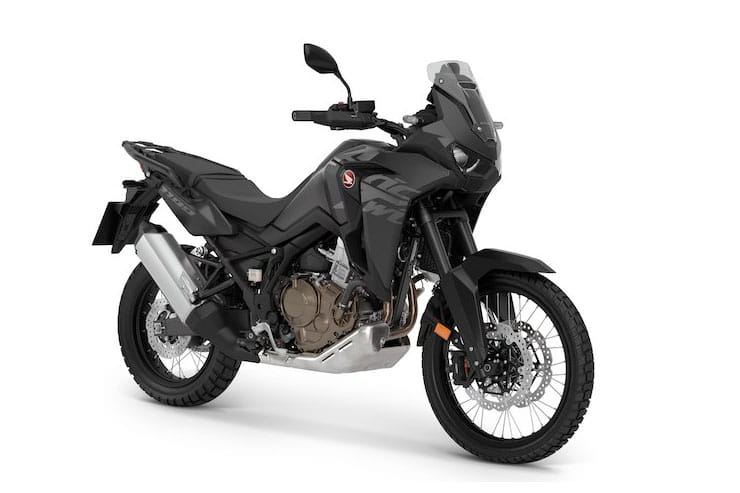 To complement the new shades, Ballistic Black [above] blends into an all-black frame, while the Blue Metallic Tricolour [main image above] - otherwise recognisable as the red, white and blue option already available on the Adventure Sports trim - gets a blue front fender and revised headlight cowl. 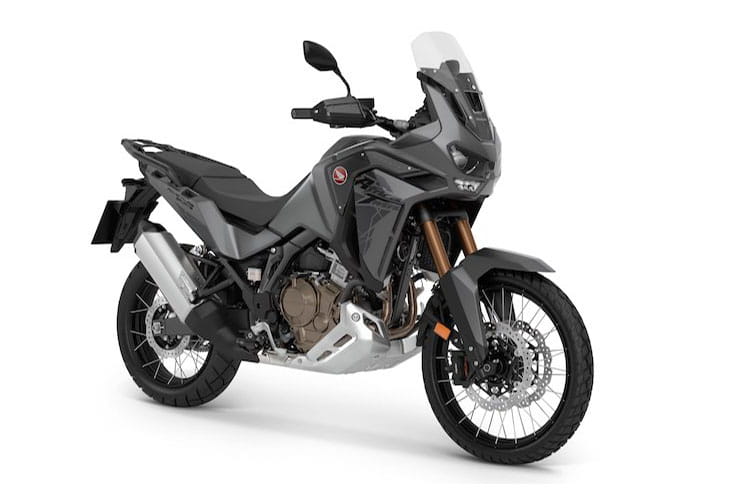 The Adventure Sports, meanwhile, adds Matte Iridium Grey to its palette, which in turn comes with black detailing and black wire-spoke wheel trims.

Under the skin there are no discernible changes with the same 1084cc twin-cylinder engine bringing 94bhp at 7,500rpm, while it is available in manual or Dual-Clutch Transmission (DCT) options.

The updates to the Honda Africa Twin come amid speculation the Japanese firm is putting the finishing touches to its new mid-range adventure motorcycle to sit beneath the flagship.

Set to mark the return of the Honda Transalp moniker, the Yamaha Ténéré 700 rival is expected to come with Honda’s new twin-cylinder 750cc engine, which will also power the incoming Hornet roadster.