Return of the Honda Hornet 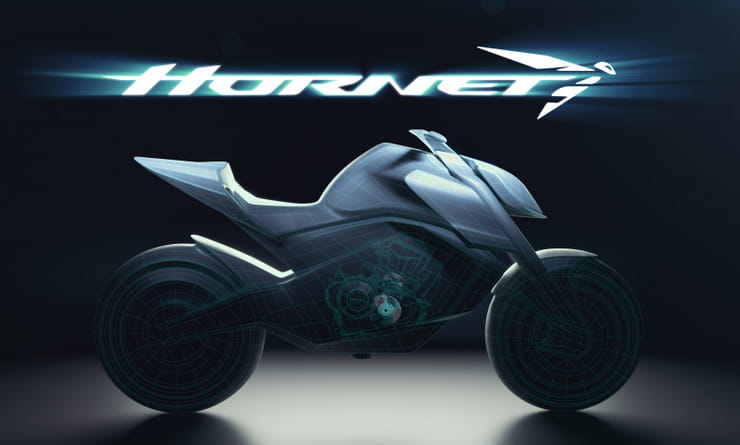 Honda has revealed concept art of an upcoming new streetfighter that’s set to revive the Hornet name in the near future.

Although the firm is tight-lipped when it comes to information, and the Tron-style computer image of the bike isn’t giving much away apart from its general silhouette, the announcement appears to tie-in with rumours from Japan about plans for a new range of parallel twin models.

Our Japanese sources say Honda is developing a line of models around a new 755cc parallel twin engine, expected to use similar thinking to the 1084cc Africa Twin’s unit but downsized to suit smaller, lighter machines. The Hornet is likely to go by the title ‘CB750S’, while a second model with the new engine will be the long-expected XL750L Transalp.

The new Hornet concept art shows a cutaway side view of a bike that appears to match the Japanese description. Although it’s impossible to be certain, seen from the side, that the engine is a twin and not a four-cylinder, the current trend for parallel twins and the overall layout – which closely matches the Africa Twin engine’s – is a strong indicator that this is the expected new 755cc two-cylinder. The cylinder head shape appears to point towards the engine following the Africa Twin’s compact UniCam design thinking, with a single camshaft towards the rear of the head operating the inlet valves directly and opening the exhaust valves via rockers.

Once in production, such an engine could provide Honda with the basis of a whole slew of new models. Just as the Africa Twin engine has appeared in the original adventure bike, the Rebel 1100 cruiser and most recently in the NT1100 tourer, there’s no reason that the Hornet’s planned powerplant couldn’t appear in everything from the expected Transalp mid-sized adventure bike and the Hornet streetfighter itself to cruisers or retro models. 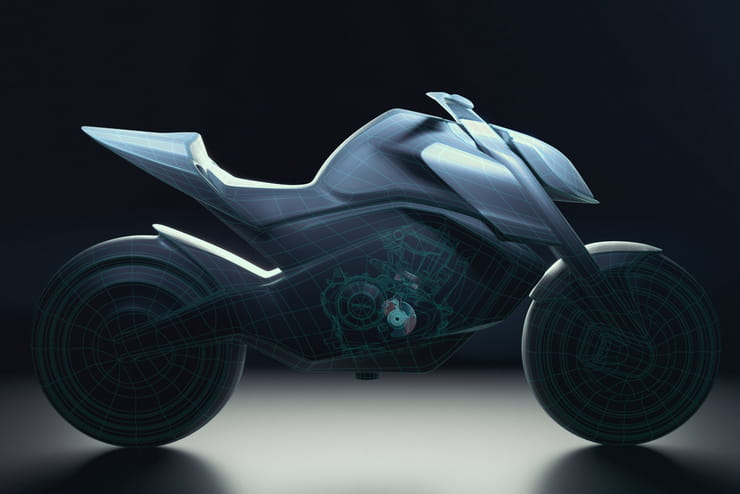