A disturbance in the Force? Jedi sports concept 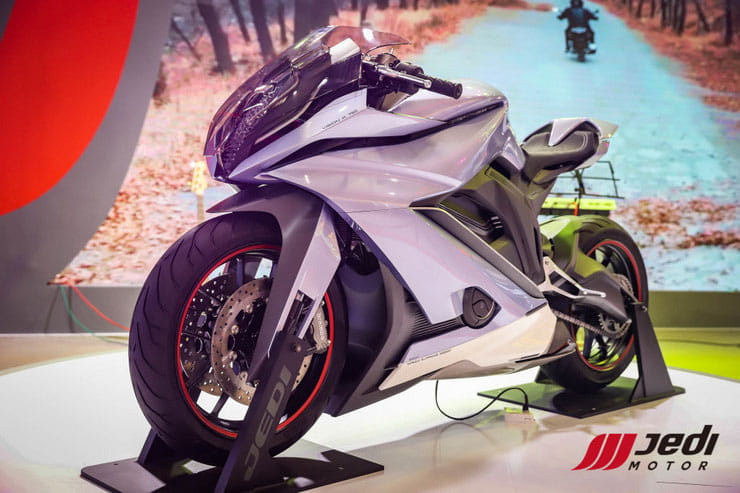 It’s hard to believe that this impressive-looking concept sports bike is the work of a little-known Chinese manufacturer but as one of the stars of the recent CIMA show the Jinan Jedi Vision K750 shows that the nation’s motorcycle firms are getting increasingly ambitious.

We’ve already seen a rash of interesting Chinese-made motorcycles in recent months. Benelli’s 1200cc three-cylinder tourer, CFMoto’s 1250cc V-twin, the planned 1000cc triple from Zontes and the new V4s from Benda all show that the country’s bike firms have got plans to go big after decades of focussing on cheap transport for the masses. It’s a revolution that’s long been predicted but consistently failed to actually happen until now.

Jinan Jedi isn’t a well-known brand, even in China, but it’s a company that’s built itself up by manufacturing small to mid-sized bikes specifically aimed to be sold to police and security services – a large market in itself – and claims to have been a leader in that field for the last 15 years. Now Jedi is turning to the consumer market with a range of new 750-class twins, and showed the Vision K750 concept bike alongside the new production models at CIMA. 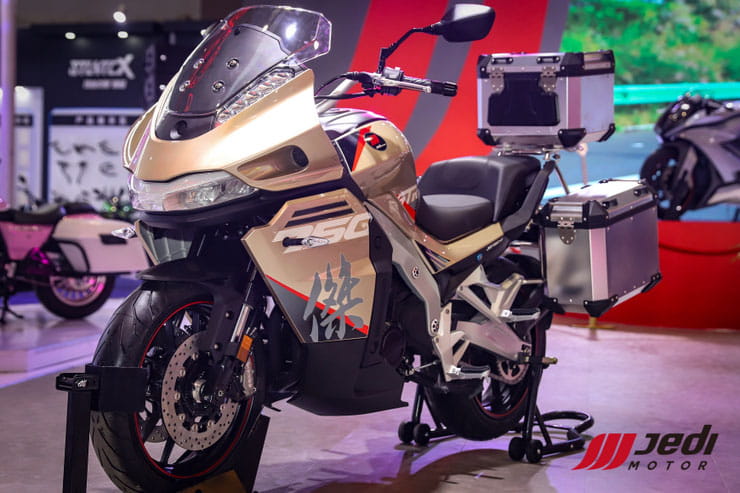 Technical information about the K750 is thin on the ground, but the bike has the same 730.4cc parallel twin engine as the company’s latest consumer-targeted models – the GTR750 sports tourer and JFR750 roadster, which was launched alongside the K750 at CIMA in two forms.

Performance-wise the parallel twin, which appears similar to CFMoto’s 700CL-X motor, but is made by Jedi itself, means the Vision K750 isn’t likely to be as brawny as its appearance suggests. In production form, Jedi’s engine makes around the 70hp mark – respectable enough, and roughly on a par with similarly-sized Japanese twins like Yamaha’s MT-07. The superbike styling might suggest it should have more performance than that, but Jedi points out that the K750 is the largest-capacity supersports-style bike ever to emerge from China.

The engine might not be overwhelming, but the K750’s technology includes a cast magnesium chassis that should make it remarkably light. Jedi says it has previously tapped Suter in Switzerland for chassis design help, although it’s not clear whether the European firm helped with the Vision K750’s frame. 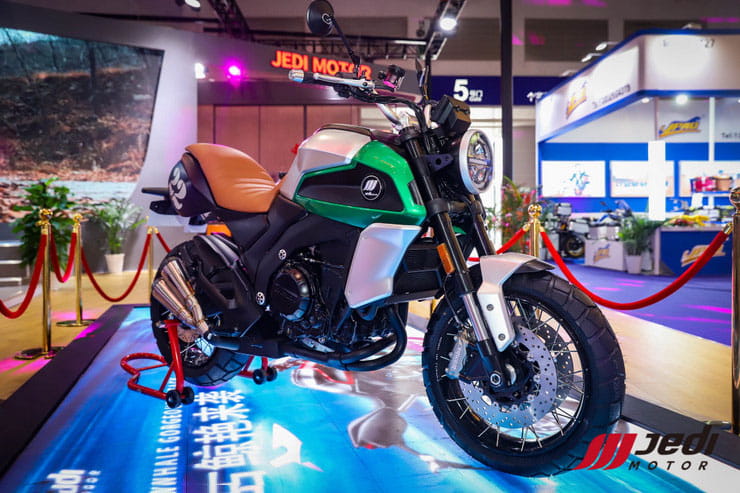 The cast chassis idea is carried over, along with the parallel twin engine, to Jedi’s two large-capacity production models, the GTR750 and JFR750.

The GTR750, which has been shown previously but is now reaching production and has been updated to gain a larger fuel tank, is a sports-tourer with styling that’s certainly different, even if it’s not likely to be to everyone’s taste. The JFR750, shown for the first time at CIMA, appeared in two forms. One was a scrambler-style machine, with a circular headlight and wire wheels, the other a street-oriented take on the same main components, with lower bars, cast wheels and road rubber. Both versions, along with the GTR750 and the K750, feature the same upside-down forks and Brembo radial brakes.

At the moment, Jedi’s plans for marketing its new models remain a mystery, so it’s unclear whether they’re ever likely to reach Europe, but the Vision K750 clearly shows the company has ambitions to take its large-capacity machines to the sports market in the future. 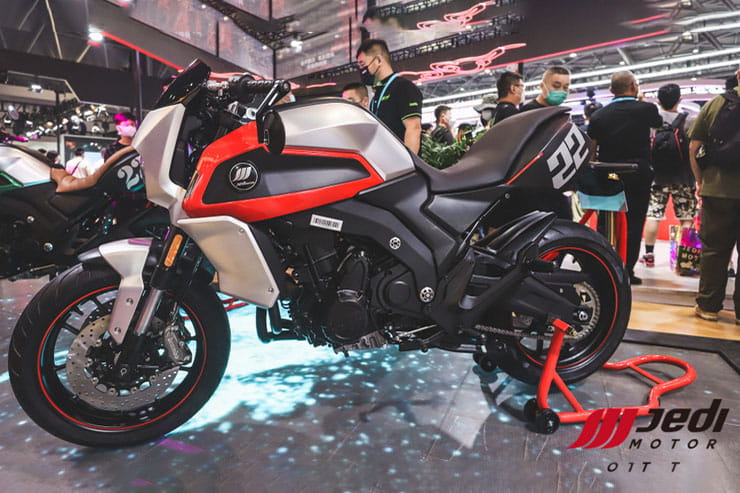