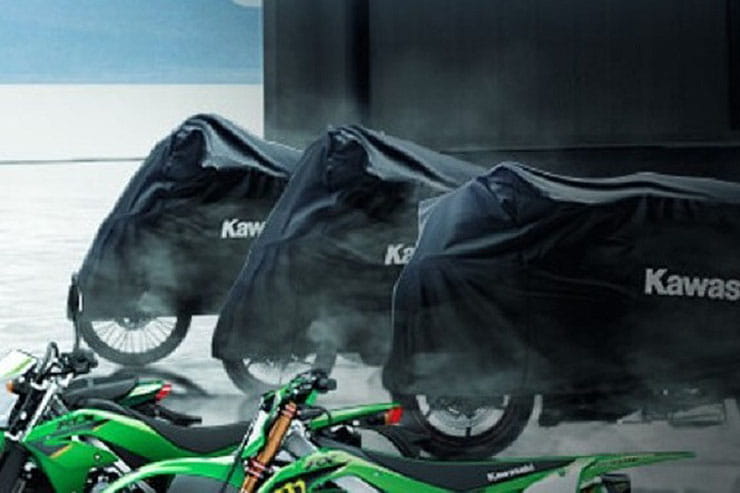 While newer rivals like the Yamaha Tracer 7 and Triumph’s Tiger Sport 660 have stolen its limelight recently there’s never been a doubt that Kawasaki’s Versys 650 is a compelling option as a founder member of the crossover class where adventure bike stance mixes with road-oriented tyres and suspension.

These days the Versys is looking a little creaky, though, as while there are few complaints to be made about its parallel twin engine or the basics of its chassis, the styling is anchored firmly in the last decade and the on-board technology comes from a pre-smartphone era of analogue simplicity. Not for long, though, as there’s a revamped Versys 650 coming for 2022 that will address those issues.

We’ve yet to see the bike in full, but Kawasaki’s North American website is teasing three new models to be unveiled on 23 November – the middle of which has a distinctly Versys-ish silhouette – and the firm’s European sites show 2022 versions of most of the range already, with the Versys 650 a notable exception. What’s more, Kawasaki has filed type-approval details in Europe for a revised Versys with distinct changes to its dimensions, a sure sign that the styling is changing for 2022. 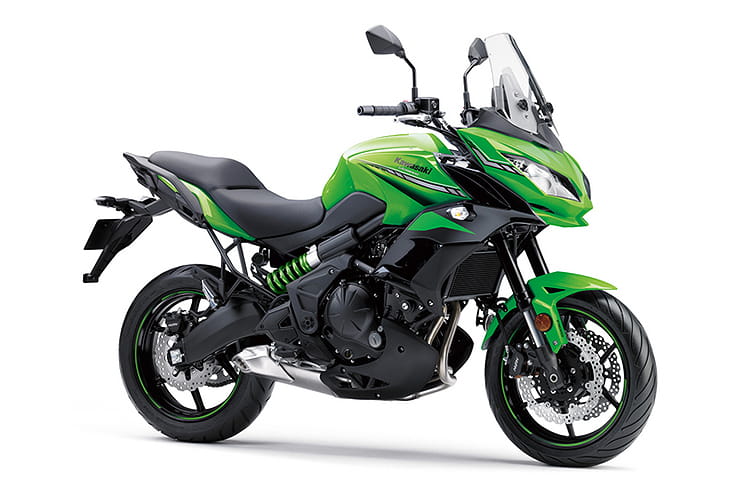 The European documents show that the engine is unaltered for 2022, which comes as little surprise since the 649cc twin was recently tweaked to pass Euro5 emissions rules. That means power stays at 66hp (49kW) at 8500rpm, with the option of a restricted 35kW/47hp version to suit A2 licence limits. Torque is also the same as before, too, peaking with 45 lb-ft at 7000rpm (39 lb-ft at 3800rpm for the restricted A2 model).

There’s no change to the exhaust, either, which remains the same type-approved component as today, and the bike’s wheelbase stays at 1415mm, suggesting the frame, forks and swingarm aren’t getting major changes.

However, there are alterations to the styling, most notably revealed in the bike’s height. Currently, the 2021 Versys 650 stands 1400mm high with the screen in the low position and 1450mm with it raised to its highest point. For 2022, those numbers change to 1360mm with the screen down and 1420mm with it raised, indicating sleeker, lower front-end styling.

That makes sense, too. The current Versys 650 was introduced in 2015 alongside a matching, restyled Versys 1000. However, the larger, four-cylinder Versys was redesigned again in 2019, gaining forward-slanting headlights to reflect the latest Kawasaki styling trends. The smaller Versys was never given a matching overhaul so for 2022 it’s well overdue.

The bike’s new bodywork is further suggested in the type-approval by a small increase in weight between the 2021 and 2022 models, the latter coming in at 219kg ready-to-ride, 2kg more than the current machine. 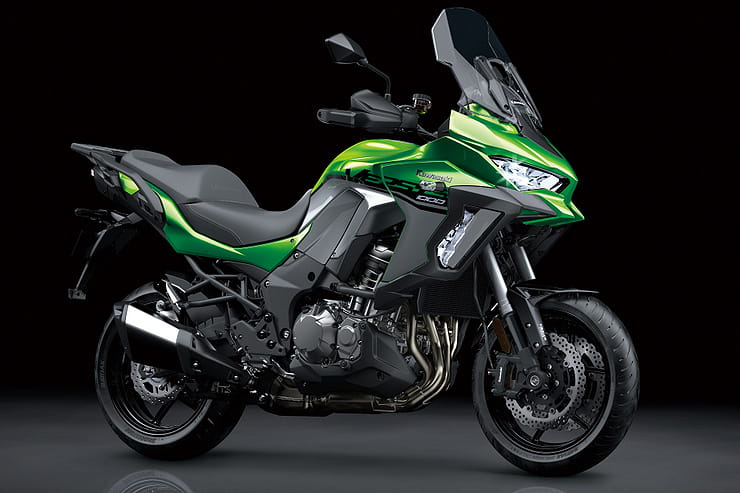 Tech-wise, we’d also expect the Versys 650 to get a technical overhaul when it comes to the electronics. Its sister model, the Ninja 650, now has colour TFT instruments complete with the increasingly normal Bluetooth connectivity, allowing access to media, calls and navigation from your phone via the Rideology app. On a touring-oriented bike like the Versys 650 it’s a no-brainer to add the same sort of technology.

Whether Kawasaki will take it further than that, perhaps adding an IMU to unlock tech like cornering ABS and stability control, remains to be seen, but the firm has been establishing itself at the forefront of that sort of rider-assistance tech, so don’t rule it out.

With a launch expected in just a couple of weeks we don’t have long to wait before the 2022 Versys 650 is revealed in full.