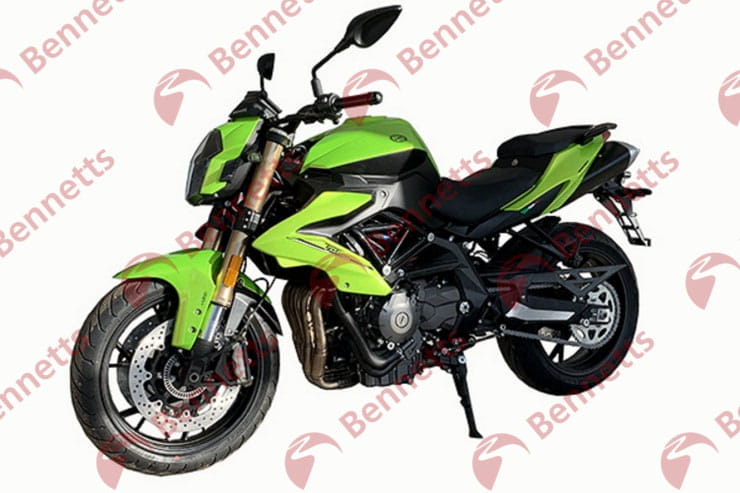 The Chinese owner of Benelli – Qianjiang – has been working frantically over the last year or so as it establishes the new upmarket QJMotor brand in its homeland. As a result we’ve seen little in the way of new Benelli-branded models for 2021 – but that looks set to change with pictures of an updated TNT600 and 302R appearing via type-approval documents.

Leading with the bigger bike, the TNT600 has been off the market in Europe for a while now, its four-cylinder engine falling foul of emissions regulations, but it’s become the basis of the bike that spearheaded the new QJMotor initiative and now an updated – and probably Euro5-compliant – version has been given type-approval in China.

The sole photo of the machine, above, reveals a set of styling tweaks that start with refreshed side panels flanking the radiator. The seat unit is also new, gaining intake-style scoops on the sides, while the headlight unit was revealed as part of a small upgrade for 2020 in the markets where the model is still sold, along with a colour TFT dashboard.

However, the updates seen here aren’t merely cosmetic. The TNT600 has also gained a new swingarm, identical to the unit that was developed for the QJMotor SRK600 last year, plus what look to be Marzocchi forks and Brembo brake calipers, which are also used on the highest-spec version of the QJMotor version.

It might be Chinese-made, but the four-cylinder engine was developed by Benelli before QJMotor took the brand over, and along with the decent braking and suspension components and the Bosch ABS system that’s confirmed on the type-approval, it’s not a cheap knock-off machine. Power is put at 80hp for the latest version of the engine. It meets China’s latest emissions laws, which aren’t far from those seen in Europe, so a Euro5-compliant version for sale over here shouldn’t be a vast leap. 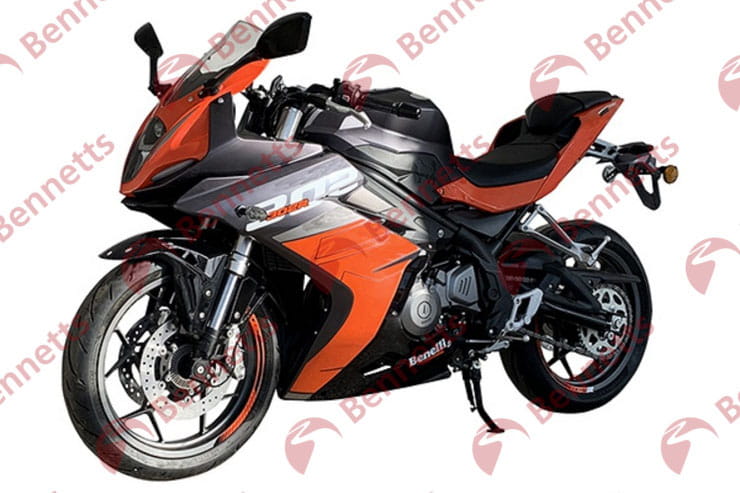 The second new Benelli to emerge from the same set of documents is this revamped version of the 302R twin-cylinder sports bike – showing completely new styling that’s a vast improvement over its predecessor.

Where the old 302R looked overweight, with a broad front end and large headlight, the new design features a stacked light unit flanked by separate side sections to the nose that help make the whole thing appear much slimmer.

The lower fairing sides have new graphics but appear to be the same mouldings as before, and while the tank is also a carry-over part, the seat unit is completely new with a much cleaner, sportier look.

Engine-wise, the 302R uses the same 300cc parallel twin that appears in the naked 302S, with 36hp on tap, so meeting emissions rules in Europe should be no problem. Once again, Bosch supplies the ABS brakes needed for legality over here.

The chassis dimensions are the same as the old model, with a 1410mm wheelbase, but ready-to-ride curb weight is reduced from 190kg to 182kg. 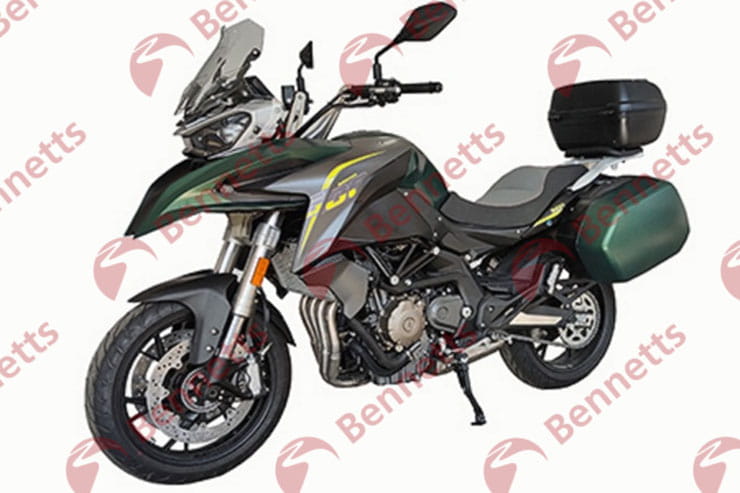 The new Benelli models aren’t the only machines to have emerged from the latest Chinese approval documents – related bikes under the firm’s sister QJMotor brand have also shown their faces for the first time.

Above, you see the ‘QJ600GS’ – a codename that will be replaced on the final version – that takes the Benelli TNT600 four-cylinder engine and frame and wraps it in adventure-style bodywork. While QJMotor’s models have been given their own distinct styling so far, it’s easy to imagine Benelli using this as the basis for a European-market TRK600 to sit alongside the existing TRK502 and the soon-to-be-launched TRK800 twin-cylinder models.

The new model has the same 80hp output as the TNT600, but unsurprisingly weighs rather more, with a ready-to-ride mass of 233kg, 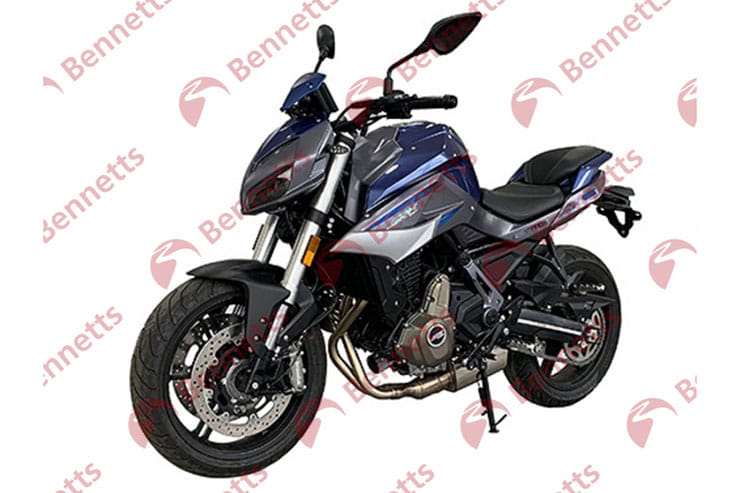 QJMotor’s models so far have been closely related to existing Benellis, but this upcoming machine – the SRK700 – bucks that trend.

Notably, its engine isn’t related to anything in the current Benelli line-up. It’s a 693cc parallel twin that’s built in-house by the firm, making 75hp. Its design is similar to the identically-sized 693cc twin used in CFMoto’s upcoming 700CL-X (itself not dissimilar from the Kawasaki ER-6/Z650 motor in overall layout.)

The tubular steel frame is also unique to the SRK700, it seems, helping keep the wet weight down to a respectable 192kg, and as with other QJMotor models it features European components for the suspension and brakes including parts from Bosch, Brembo and Marzocchi.

While the SRK700’s appearance isn’t a guarantee that we’ll get a European, Benelli-branded version of the same bike, it’s quite possible that such a machine is under consideration.