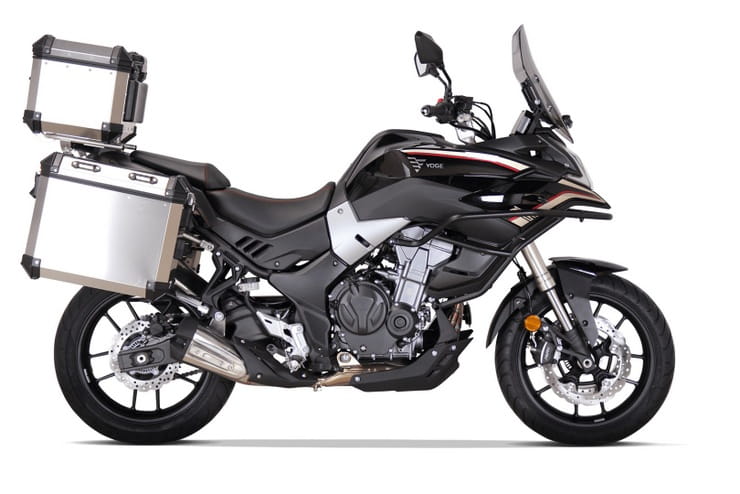 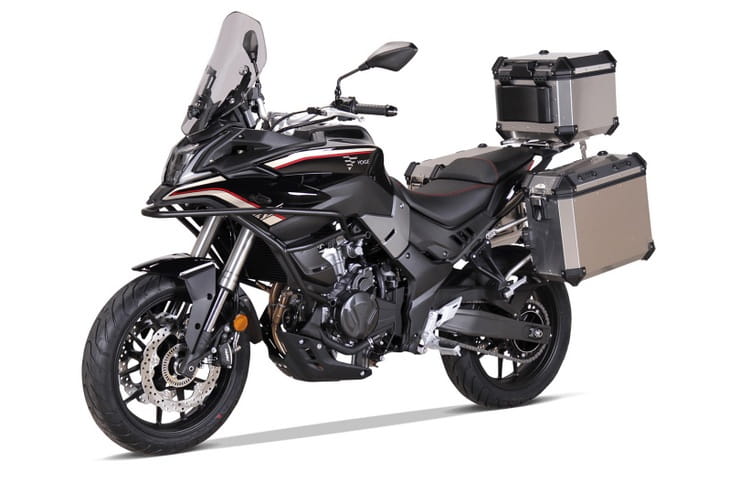 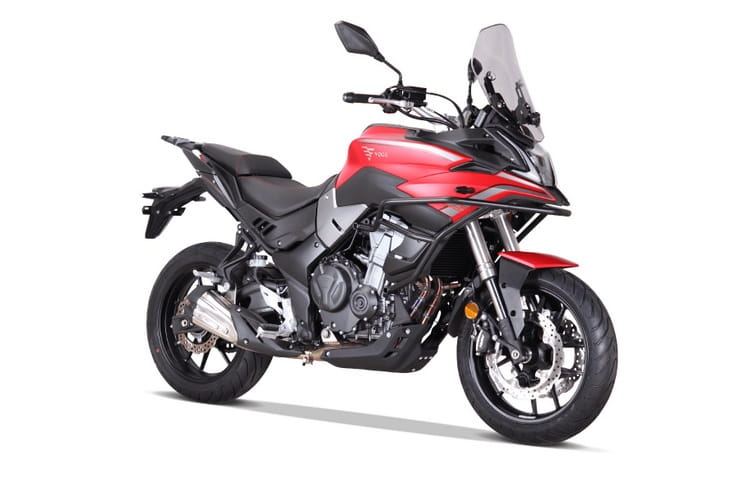 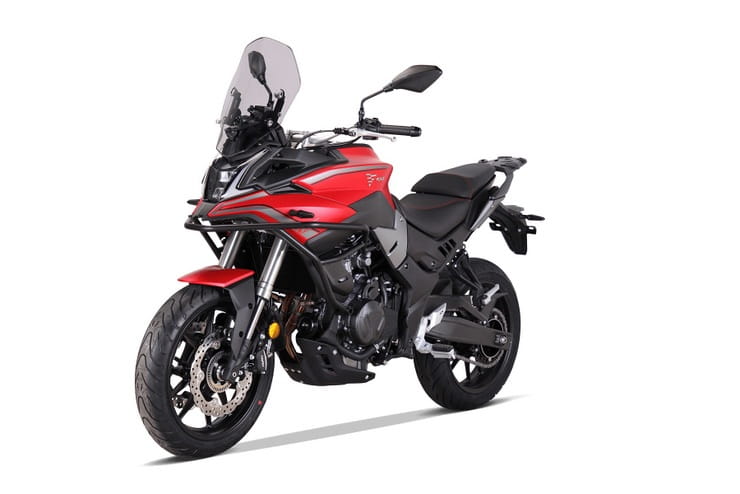 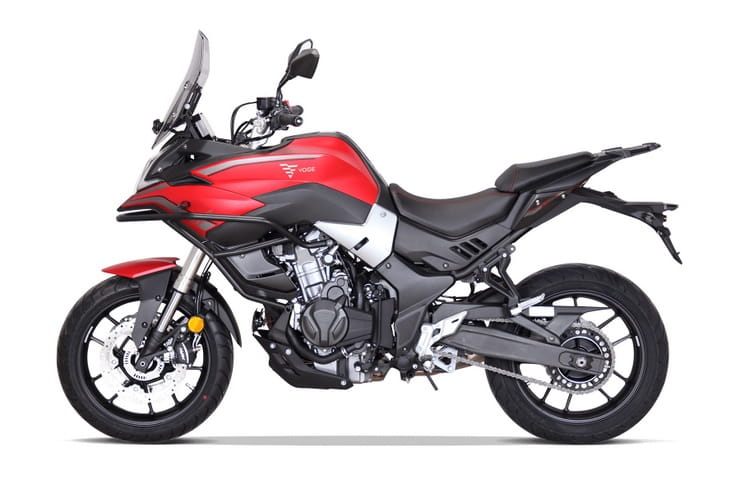 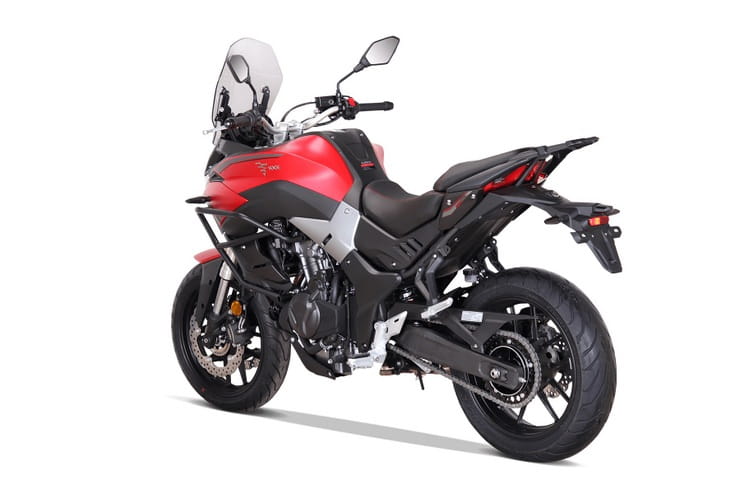 A couple of years ago we introduced you to a new motorcycle brand from China that promised to target the European market with products that bucked the usual cheap-n-cheerful stereotype. It’s taken a while but now Voge’s first model has hit the market in the UK.

Voge might be a new brand, but it’s owned by Loncin, one of China’s most established motorcycle firms, and intended to be a platform for higher-spec, higher-quality bikes that are a genuine alternative to established offerings in the west.

The firm already sells its bikes in Europe, including the German and Spanish markets, and with most of its bikes achieving Euro5 emissions standards it’s unlikely to be long before the whole line-up reaches the UK as well, but initially the company is focussing on the 500DS – a 471cc, parallel twin adventure bike that just sneaks into the A2 licence class with 46.2bhp on tap. 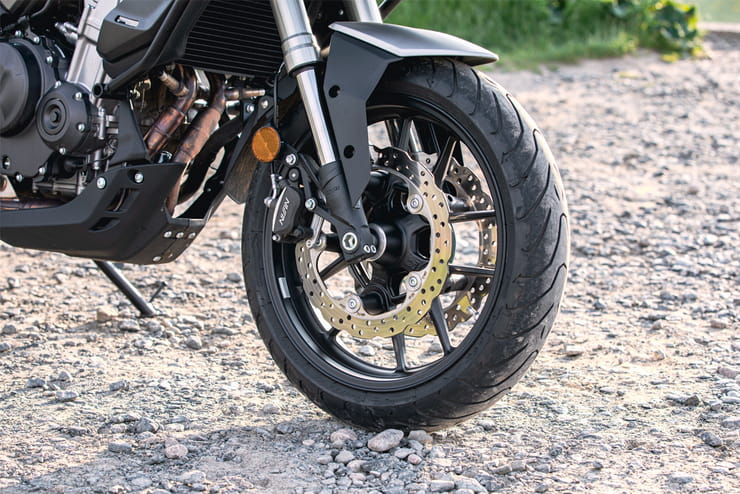 The engine is Loncin’s own KE500 twin, but it’s clearly inspired by the Honda CB500 twin, which shares the same 471cc capacity, an identical 67mm bore and 66.8mm stroke, and similar performance.

It's not like the bike cuts corners with low-end, no-name components, either. The suspension parts are from KYB – including 41mm upside down forks and a matching rear monoshock – while the brakes are from Nissin, with dual 298mm front discs and twin-pot calipers plus a single 240mm disc and one-piston caliper at the back. Pirellis Angel ST tyres wrap 17in rims at each end, 120/70 ZR17 at the front, 160/60 ZR17 rear, and Bosch supplies both the ABS and the fuel injection electronics. 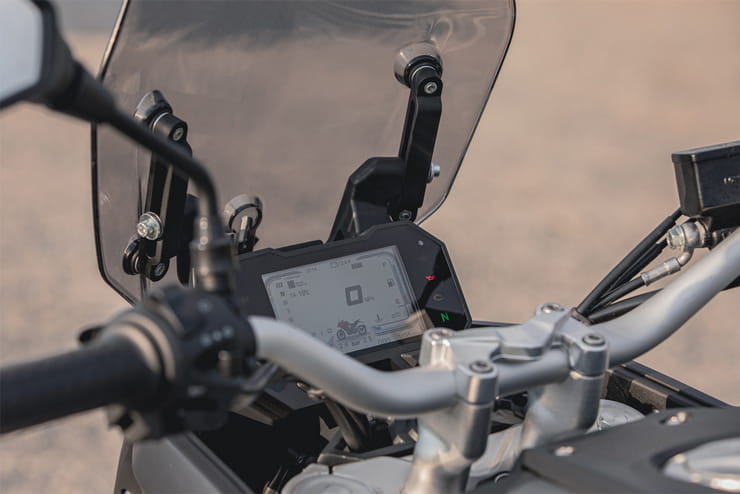 Equipment levels are high, too. The instruments are a colour TFT screen, complete with gear position indicator, Bluetooth phone connectivity and even tyre pressure monitors giving real-time readouts of the pressure at each end. Stuff that you’re not guaranteed to find on a £15k bike, let alone a £5k one.

The first 32 UK customers for the Voge 500DS will also get a free luggage set including a top box and panniers, and for a limited time there’s a 0% interest finance deal on offer, too.

The prize for Voge in the European market is potentially huge. While the UK market for 500cc adventure bikes isn’t huge, in Italy the Benelli TRK502 is currently the best-selling bike overall, outselling even BMW’s R1250GS.

To calm concerns over buying a bike from a new, unproven brand, Voge is also offering a 2-year parts and labour warranty. In the UK, the bikes are distributed by the firm behind Lexmoto, ensuring a wide dealer network for supply and servicing, too. 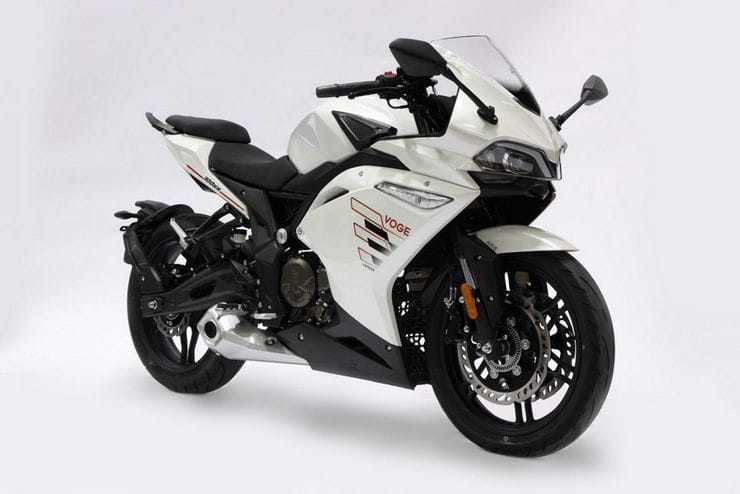 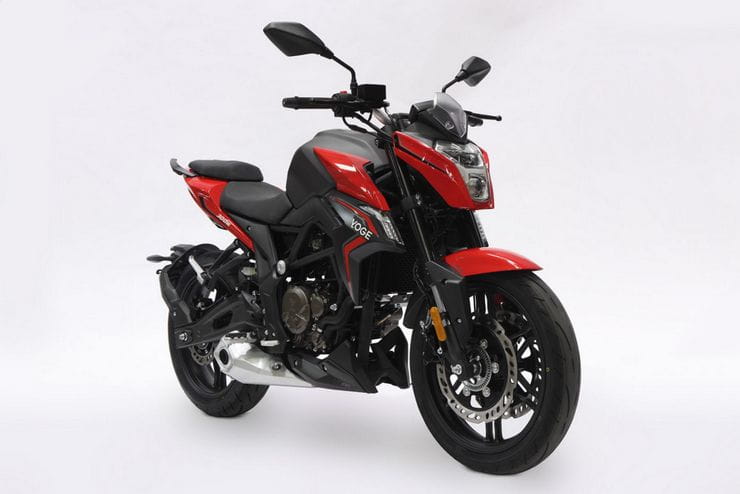 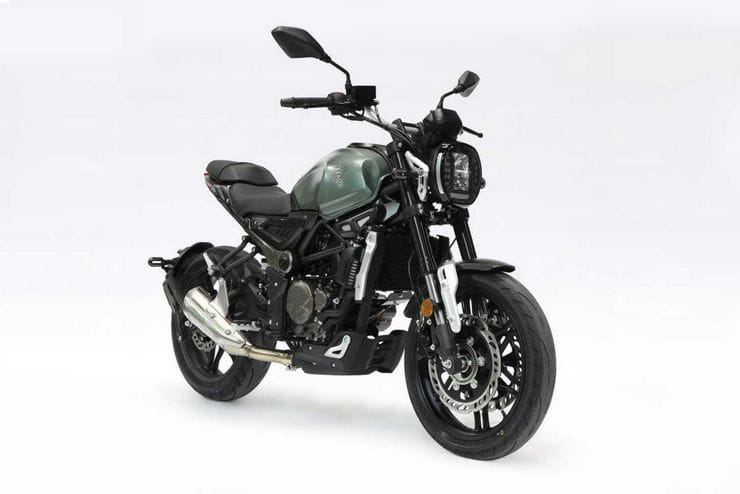 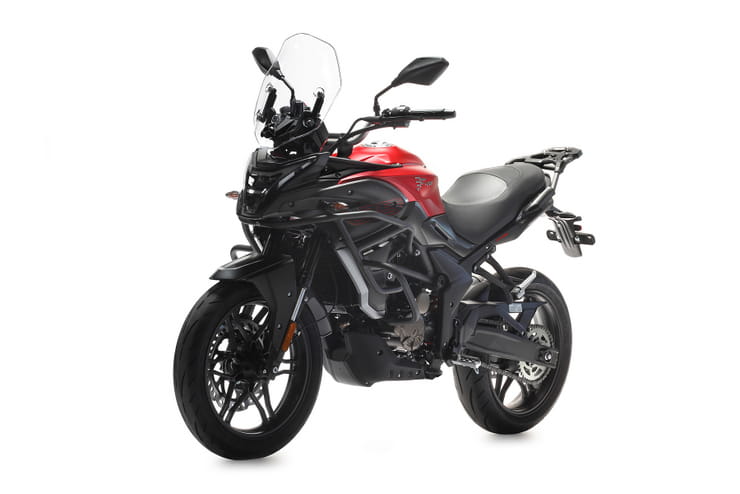 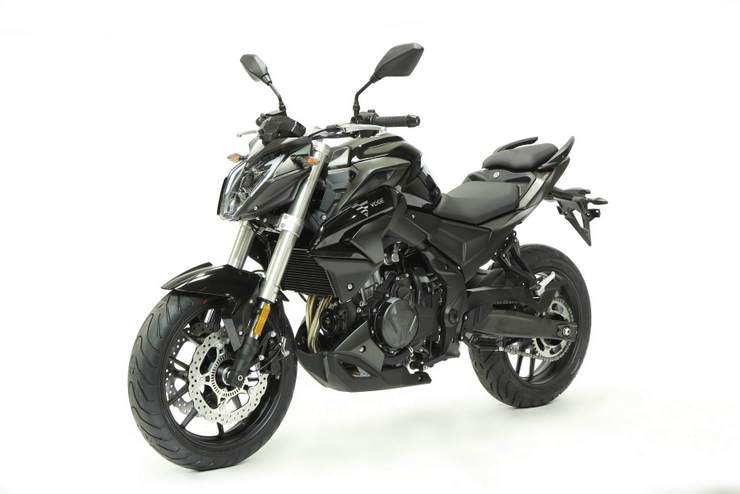 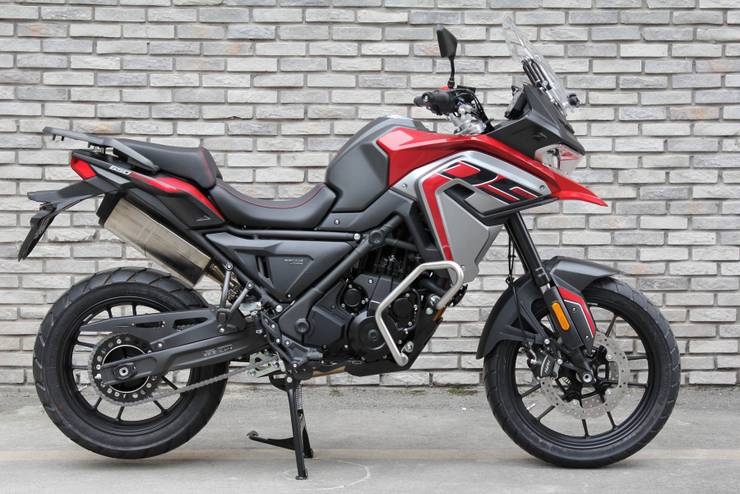 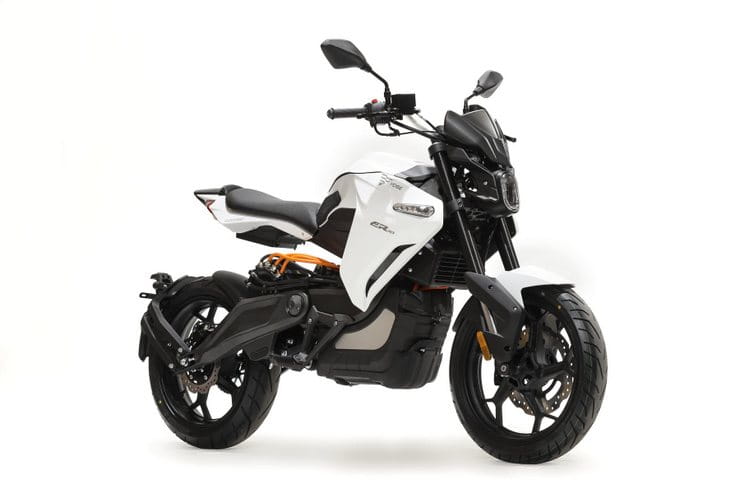 While The 500DS is the only Voge model that’s confirmed for the UK so far, the company’s range is much wider than that – with several other models already on sale in Europe that are likely to reach these shores as well.

The same 471cc twin also appears in the 500R, a naked sports bike, and a 25hp, 300cc single powers a range of models including the 300DS adventure bike, 300R naked, the fully-faired 300RR sports bike and a stylish retro called the 300AC. At the top of the range, there’s a 650cc single-cylinder adventure model, the 650DS.

Voge is also in on the electric bike market, having adopted a project that started life as the Sur Ron White Ghost and rebranded it as the Voge ER10 – a 55mph, 12bhp plug-in model with a 46-mile range that weighs just 122kg and currently costs €6295 in Europe (equivalent to £5385).