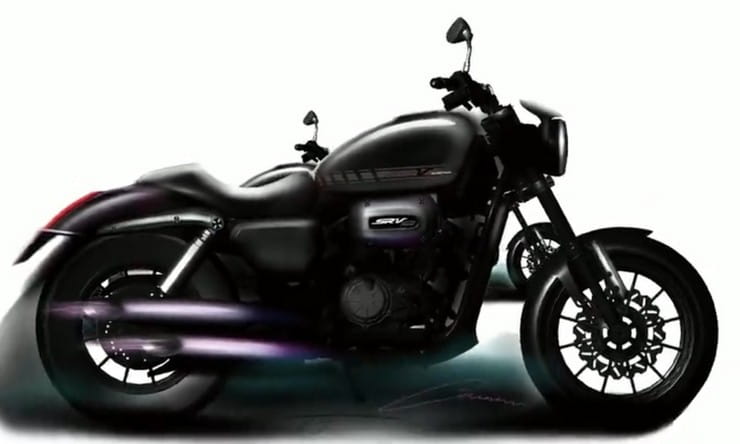 Most of the planned new models that were announced during the reign of former Harley-Davidson CEO Matt Levatich are under threat as his replacement Jochen Zeitz swings an axe at swathes of the firm’s models but the project to build a small-capacity machine in partnership with QianJiang in China still appears to be forging ahead.

The initial bike, dubbed the 338R, has already been spied in finished form and detailed design drawings have emerged in patent documents, confirming that it’s heavily based on the parallel twin engine and frame from Benelli’s 302S. Its flat-track inspired styling gives the bike a retro flavour and ties to Harley’s competition past, but prospective buyers who wanted to tap into the chrome-laden V-twin image that Harley has nurtured for decades might not find that it scratches that itch.

Now, though, QianJiang is readying a new V-twin model that might just be the ideal basis for a small, entry-level Harley. 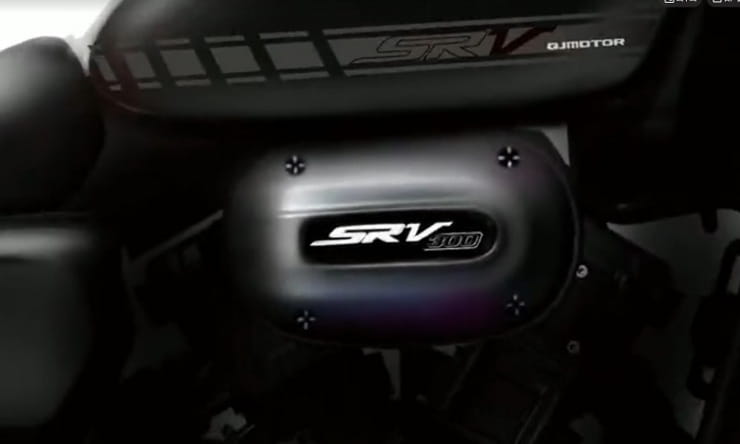 Teased via a brief video appearing on social media in China, the new model – bearing the badge of Qianjiang’s ‘QJMotor’ brand – is shown in the form of drawings, carrying the name ‘SRV300’ on the airbox. Elements including the wheels and brakes look much like the components already used on the Benelli 302S, its QJMotor equivalent and the planned Harley 338R, but the V-twin engine is new, as is the twin-shock rear suspension and the classical styling that’s very much in the mould of Harley’s Sportsters. The bike’s name suggests a 300cc capacity, although some Chinese sources say it will be a 350cc model.

There’s no official information on the machine yet, but by lightening screen grabs from the video it becomes clear that while the images initially look like sketches some elements appear to be photographs of real components, including the V-twin engine.

While the QJMotor brand focusses on the Chinese market, QianJiang is among the most outward-looking of Chinese brands. Most of the QJMotor models are mirrored by similar Benelli-branded machines in Europe, since Benelli is owned by QianJiang, so should the firm put a V-twin into production, it’s likely to appear in Europe under one brand or the other.

QianJiang’s ongoing deal with Harley-Davidson adds another layer of intrigue. Should the arrangement continue, the upcoming QJMotor V-twin might be the perfect candidate to become an entry-level Harley for emerging markets, although it’s unlikely that Harley will opt to sell the 338R or any future QianJiang cooperation models in western markets.